The Strange City. For the event's sixth edition, Russian-born artists celebrated internationally for their large-scale projects and installations, will invite viewers to lose themselves in the maze of an imaginary town. 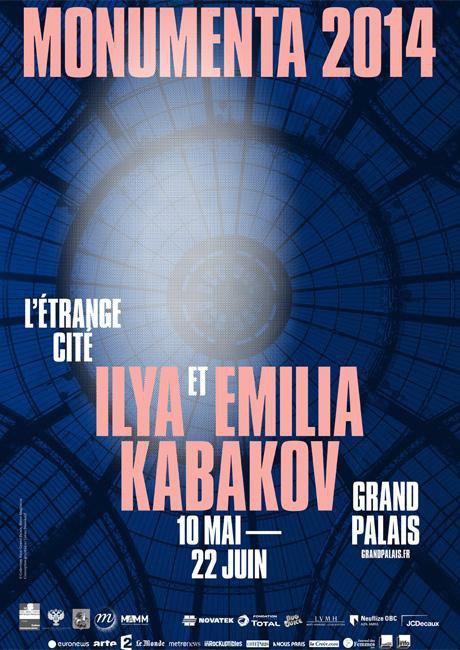 For the event’s sixth edition, Russian-born artists Ilya and Emilia Kabakov, celebrated internationally for their large-scale projects and ambitious installations, will invite viewers to lose themselves in the maze of an imaginary town: “The Strange City”.

The exhibition Ilya an D e m I l I a k a B akov at t H e gR an D p ala I s Born in 1933 in Dnipropetrovsk (ex USSR), Ilya Kabakov is a major figure on the international art scene. In the 60s, he began a work on daily life in Russia and since then his installations, sculptures and paintings have been exhibited around the world. Also born in Dnipropetrovsk, in 1945, Emilia Kabakov graduated from the Faculty of Music and studied Spanish literature at the University of Moscow. Ilya and Emilia Kabakov have worked together since 1989 and live in Long Island, New York.

A total Installation The artists have taken up the Monumenta challenge with the creation of a utopian and mysterious city, both monumental yet intimate. This new installation is inspired from the Renaissance, Romanticism and modern science, and is the synthesis of a long artistic career. Infused with the artists’ Soviet origins, The Strange City takes visitors on a journey through dream and reality. This year, Monumenta takes on the form of an initiatory journey in which Kabakov questions the human condition and “the great visions of progress, science, and human upliftment that could have led to the brink of disaster.” (Ilya Kabakov)

Created by the ministry of Culture and Communication in 2007, Monumenta invites an internationally renowned contemporary artist to take over the 13,500 m² Nave of the Grand Palais with an artwork specially created for the event. After the success of the first five editions entrusted to the German painter Anselm Kiefer in 2007, the American sculptor Richard Serra in 2008, the French artist Christian Boltanski in 2010, the Indian-born British artist Anish Kapoor in 2011, and the French creator Daniel Buren in 2012, it is the turn of Russian-born couple, Ilya and Emilia Kabakov to take on the Nave.

The event is organised by Rmn-GP with the support of the French Ministry of Culture and Communication in association with Multimedia Art Museum Moscow.

Grand Palais
254/256 rue de Bercy 75577 Paris CEDEX 12
From 10 am to 7 pm (Mondays, Wednesdays and Sundays)
From 10 am to Midnight (Thursdays, Fridays and Saturdays)
Closed every Tuedays
Nuit européennes des musées (17 may): free entrance from 8 pm to Midnight 6€; concession 3€