Crime in Art, the 4th exhibition to date in MOCAK's series which combines art with the most significant civilisational themes, features works of Christian Boltanski, Larry Clark, Generic Art Solutions, Teresa Margolles, Debora Hirsch, Daniel Spoerri and many others. 'Walker Evans: The Magazine Work' is a project devoted to one of the 20th century's most important photographers. The project 'The Picture Collection' by Taryn Simon was inspired by the collection of New York Public Library. Przemyslaw Branas plays with his own memory and the memory of the place, working on the basis of the event and process. 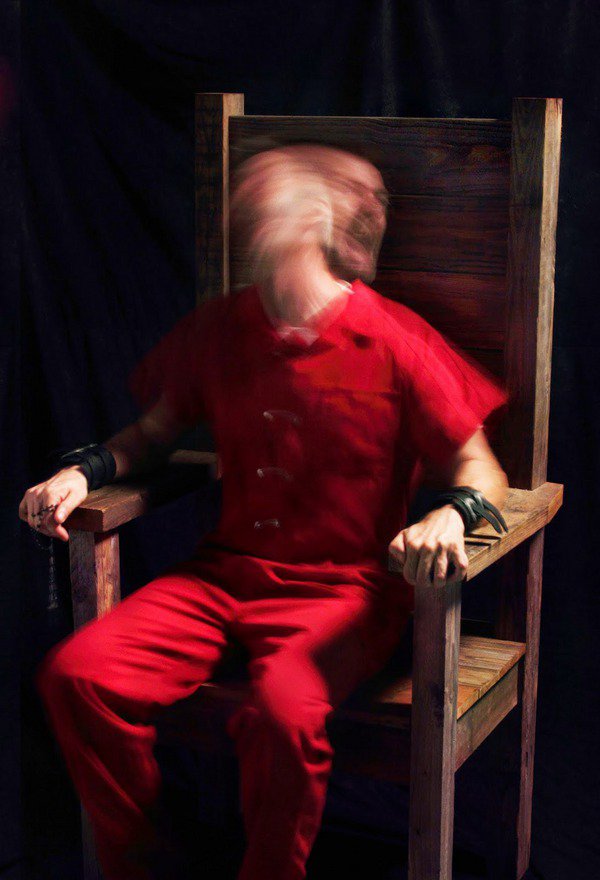 Crime in Art is the 4th exhibition to date in MOCAK’s series which combines art with the most significant civilisational themes such as history, sport, science and religion. To date, three exhibitions have taken place: History in Art, Sport in Art and Economics in Art. The series aims to present these – seemingly non-equivocal – concepts and demonstrate how many creative inspirations and how much symbolic potential there lurks in the everyday reality.

Crime reveals all the inner fanatical turmoil, bleak helplessness and wrong without atonement. Crime has two sources. It stems either from ‘lesser’ crimes that often go unpunished, because they have been committed in the privacy of the home on the weak and defenceless, who go on to seek revenge on society at large. Or else, crime is instigated by politics and religion. Crime reveals the abundance of evil inside us. It is the ultimate lesson in human vulnerability and cultural turmoil.

At the exhibition you will see such works as Debora Hirsch’s The Last Supper, in which the Brazilian artist shows portraits of common criminals, in the form of colourful geometric compositions, blurring their facial features. Hirsch calls the criminals depicted ‘apostles’ and makes a direct reference to religion in the title of the work. For the apostles, the Last Supper was a solemn act, for a criminal it is the last meal before the execution. Amongst the works presented, there will also be the drawing by Zbigniew Libera A Criminal’s Tomb, which refers to two serial killers who were hanged: Stanisław Modzelewski and Zdzisław Marchwicki. In designing his monumental tombstones, the artist postulates a striking solution: instead of trying to pass over the presence of murderers in our cemeteries, we should make it more prominent. One such distinguishing mark (and a warning?) is a realistic, or even hyper-realistic, sculpture of a hanged man. In turn, Lars Laumann’s film Shut up, Child, This Ain’t Bingo tells the story of a young Norwegian girl in love with Carlton Turner, a convict on Death Row. His crime is not referred to – the man is more important than his deeds. For the protagonists, Carlton is ‘innocent’ and no-one doubts his worth as a human being. Such an approach invests their lives with lightness and joy. The atmosphere of the film is saturated with great confidence in the goodness and beauty of people.

The exhibition will be accompanied by a comprehensive publication both in Polish and in English that will develop the themes of the presented works and analyse the significant issues that transpire from the relationship between crime and art. As well as the theoretical texts by Noël Carroll, Brunon Hołyst, Bogusław Habrat, Colin Wilson and Maria Anna Potocka, the catalogue will also have a richly illustrated part devoted to the artists and the works presented in the exhibition.

Walker Evans: The Magazine Work is a project devoted to the less well-known side of the work of one of the 20th century’s most important photographers. In the exhibition, David Campany analyses the work done by Evans both for small avant-garde magazines and for renowned publications such as Harper’s Bazaar, Vogue, Architectural Forum, Life and Fortune.

In many cases, he not only took the photographs but also wrote the accompanying text, as well as selecting the photos to be printed and designing their page layout. Walker Evans’s photographic essays are testimony to the way he worked and earned a living, how he connected with audiences who would never go to a museum or art gallery, and at the same time how he protected his independence in these kinds of project. Campany’s project is an original study of the artist’s biography, as well as an example of an alternative method of pursing history of art by using a visual narrative.

Research methods and thorough examination of library materials are an important part of Taryn Simon’s art. The project The Picture Collection, a section of which will be shown within the Krakow Photomonth Main Programme, was inspired by the collection of New York Public Library.

Exploring this huge pictorial archive – photos, postcards and posters – the artist carried out a detailed analysis of the rules that govern it – the way that images are classified and methods used to catalogue them. By juxtaposing iconic photos and completely anonymous pictures, Simon enquires about the hierarchies and categories given to materials for the purposes of working with them, on an ostensibly neutral basis.

Taryn Simon’s artistic medium consists of three integrated elements: photography, text, and graphic design. Her works demonstrate the impossibility of absolute understanding and investigate the space between text and image, where disorientation occurs and ambiguity reigns. Simon’s works have been the subject of monographic exhibitions at the Ullens Center for Contemporary Art, Beijing (2013); the Museum of Modern Art, New York (2012); Tate Modern, London (2011); the Neue Nationalgalerie, Berlin (2011); and the Whitney Museum of American Art, New York (2007). Permanent collections include the Metropolitan Museum of Art, Tate Modern, the Whitney Museum of American Art, Centre Georges Pompidou in Paris, and the Museum of Contemporary Art, Los Angeles. Her work was included in the 54th Venice Biennale, in 2011, and the Carnegie International, in 2013. She is a graduate of Brown University and a Guggenheim Fellow. Simon lives and works in New York.

Hiccups are a persistent pathological syndrome occurring as a rhythmic jolt. They are usually caused by sudden overfilling. This is also a neurotic syndrome, an involuntary bodily reflex appearing unexpectedly and leaving similarly unexpectedly. The word itself is often used in Polish as a metaphor for constant returns of something or to something, short-lived repetitive durations and their sudden dissolutions.

The subject of the installation, which encompasses photographs, video and objects, returns to the rituals created by the author serving to map intimate and public spaces. It is these that determine his being an artist who plays with his own memory and the memory of the place, working on the basis of the event and process.

The first impulse for the artist was a picture from his childhood. Captured next to the fountain designed by Wiktor Zin on Krakow’s Main Market Square, he returns to the place from the photo and to the place in time from which it came. The pose that inspires him is that of a bather in the fountain, the Krakow performer, writer and avant-gardist Krzysztof Niemczyk. Drawing from this figure, Branas reworks the categories of sentimentalism, historicism and the Cracovian character, using exotisation as his methodology.

Przemysław Branas (born 1987, Jarosław)
Interdisciplinary doctoral student at the Artistic University in Poznań. Works with intermedia and the motif of installaction – the combination of performance art with artistic installation. Recipient of a Ministry of Culture and National Heritage scholarship in 2013.