The show explores the impact of Picasso on artists working in a wide range of media, including video and photography, as well as painting, sculpture and prints. It comprises 58 works of 41 international authors. 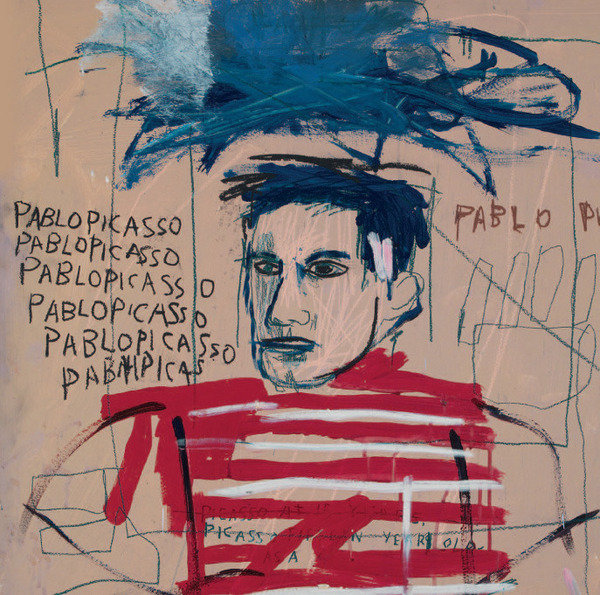 The exhibition entitled 'Post - P icasso: Contemporary Reactions' , presented and produced by the Museu Picasso, Barcelona, will be open from 6th March to 29th June. Curated by Michael FitzGerald, acclaimed connoisseur, this is the first exhibition to reveal the significant trace left b y Picasso on contemporary art worldwide, and to examine the relevance his work continues to have on the art produced in our times.

Within the programme of activities organised around this exhibition we would like to emphasise the Round T able that will be held on Thursday 6th of March 2014 , at 7.00 pm, with guests Michael FitzGerald (curator) and Bedri Baykam, Atul Dodiya, Ibrahim el - Salahi , Zhang Hongtu and Constanza Piaggio (artists), who will discuss their work and that of Picasso.

Post - Picasso: Contem porary Reactions
This exhibition examines the responses of contemporary artists to the life and work of Pablo Picasso during the forty years since his death in 1973.

During his lifetime, Picasso’s influence on art was undis puted; however , during the las t four decades his significance for contemporary artists has proven controversial. Other historical artists, particularly Marcel Duchamp, are widely considered to have had a greater impact on recent art. This exhibition addresses the question of whether Pi casso continues to be important for contemporary art and considers the variety of ways in which artists are engaging his art.

As the 58 works in the galleries reveal , contemporary artists have created some of the most significant art of recent decades in response to Picasso’s achievements.

They have reinterpreted the meanings of Picasso’s oeuvre and liberated his legacy from the constraints of past ideologies. These artists freely explore and contest Picasso’s status. They do not perceive Picasso as merel y a paradigm of the twentieth - century European avant - garde as, f or many of these artists, Picasso is a polyvalent model for artists worldwide to address the global expansion and diversification of contemporary art in the twenty - first century.

This exhibition presents the work of 41 artists from around the world: Africa, Asia, Europe, the Midd le East, North America and Latin America. This diversity reflects the remarkable geographical range of Picasso’s impact on contemporary a rt. Besides confirming the glo bal nature of artists’ responses to Picasso, the diversity of works in this exhibition also proves the current importance of this engagement, since many of the works were created after 2000.

The exhibition is divided into five sections that reflect the ch oices of contemporary artist s to address particular aspects of Picasso’s oeuvre: his two greatest masterpieces, Guernica and Les Demoiselles d’Avignon ; and three phases of his art: the Late Work, Surrealism, and the Blue and Rose Periods . These five divisi ons define distinct, interlocking sections that structure the exhibition. The groups represent constellations of art in which artists engage Picasso as well as the work of other contemporary and historical artists. The installation presents a series of mul ti - directional exchanges – focused on both individual artist s’ responses to Picasso and relationships among the contemporary works on view.

This selection includes Chéri Samba from the Democratic Republic of Congo, M. F. Husain and Atul Dodiya from India, Folkert de Jong and Rineke Dijkstra from the Netherlands, Guillerm o Kuitca and Constanza Piaggio & RES from Argentina, Vik Muniz from Brazil, and Jasper Johns, Faith Ringgold and Fred Wilson from the United States, Dia al - Azzawi from Iraq, Bedri Baykam from Turkey, Gavin Jantjes from South Africa, Daniel Boyd from Austra lia and Ibrahim el - Salahi from Sudan, among others.