Get Hold of This Space

A Geography of Conceptual Art in Canada. Subtitled 'Landscape, Site, Geography', this second part of the exhibition now explores the political, cultural and social dimensions of the geographical distance specific to Canada, including works and archival documents by artists such as David Askevold, Wallace Brannen, Daniel Buren, General Idea, Dennis Oppenheim, Jeff Wall and many tohers. 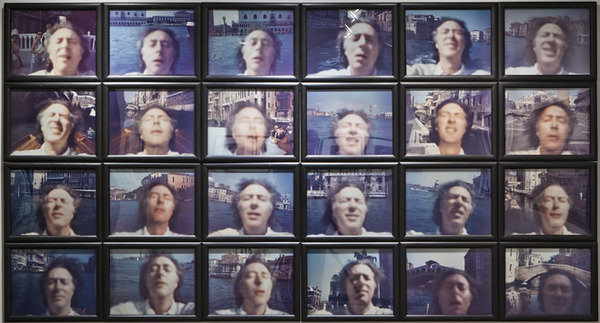 The Canadian Cultural Centre presents, in two successive parts, a major exhibition on conceptual art as it developed in Canada, from the East Coast to West Coast but also in the Arctic Circle, between 1960 and 1980. Comprising works and archival documents from major museums, artists’ personal archives and private collections, this exhibition is a fresh new look at the diversity of contemporary art in Canada as well as at the various centres and out-of-the-way places where it was made.

For the first time in France, “Get Hold of This Space”: A Geography of Conceptual Art in Canada presents a selective focus on artists’ contribution in Canada, whose vast territories, cultural diversity, and artistic networks led to multiple experiments forming a complex identity and an exceptional ensemble whose artistic impact may now be measured nationally and internationally.

Canadian conceptual art tackled many issues linked to geography, politics, the body, language, institutions and the definition of art itself. These questions were the object of a large-scale exhibition, Traffic: Conceptual Art in Canada 1965–1980, which traveled across Canada between 2010 and 2012. An adaptation of this exhibition was recently presented at the Badischer Kunstverein of Karlsruhe, Germany. Reconfiguring the German version of the exhibition, the Canadian Cultural Centre has focused on two distinct aspects of history that constitute the two parts of the exhibition.

The second part of the exhibition now explores the political, cultural and social dimensions of the geographical distance specific to Canada. We see how artists were led to explore new forms of communication and transmission in order to expand beyond provincial and international borders, prefiguring the connectivity and current proliferation of globalized networks.

The title “Get Hold of This Space” was inspired by a key 1974 work by Gordon Lebredt, which is featured in both parts of the exhibition.

The first part, presented from February 7 until April 25, focused on the criticism of institutions and the development of networks, via magazines and exhibition centres managed by the artists themselves. Subtitled “Studio to Business/Institutions and media by artists/Art, idea, technologies”, it showed various types of artistic practice that had abandoned the traditional forms of art and looked at the infiltration of art into the world of business and public spaces.

This exhibition has benefited from the support of the Justina M. Barnicke Gallery/University of Toronto, the Badischer Kunstverein (Karlsruhe), the Canada Council for the Arts and the Ontario Arts Council.