The Place of Dead Roads. The show features a new video installation and a collection of photographic works undertaken between 2003 and 2012. Koester's work explores those troubled interzones between conscious and unconscious, the occult and the rational. 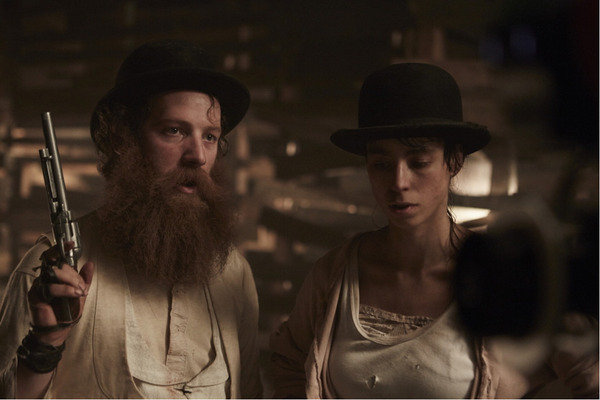 The Centre d'Art Contemporain Genève presents The Place of Dead Roads, a solo exhibition by Joachim Koester featuring a new video installation, coproduced by the Centre, and an extensive collection of photographic works undertaken between 2003 and 2012.

Using video, 16mm film, installation and photography, Koester's work explores those troubled interzones between conscious and unconscious, the occult and the rational. The body and the notion of performance are recurring themes in his work. Koester is a conceptual, experimental artist who likes to dramatize the human body by creating a language and gestures that evoke the question of trance and possession.

Joachim Koester's exhibition at the Centre will feature an exclusive video, surrounded by a huge installation in the form of a labyrinth made out of fragments of wood and occupying one whole floor of the building. Shot inside the installation, the film uses codes borrowed from the Western and presents four characters whose expressions and gestures suggest a ritualized duel. As the actors switch from miming attack and defense to tribal gesticulations, the effect is of a state of trance in which the body seems like a suit of armor the protagonists are trying to pierce. The title of this work, The Place of Dead Roads, is also the title of the exhibition and is taken from a novel by William S. Burroughs.

The Centre's third floor will be given over entirely to Joachim Koester's photographic work. Koester took up photography in the 1990s and has developed a body of work that sits between documentary archive and artistic fiction. His different series of images reveal a particular interest in the mysteries surrounding forgotten episodes from history and in occult phenomena, such as The Magic Mirror of John Dee, which documents the magic mirror of an obscure 16th-century English mathematician and astrologer.