Abandon the Parents. The exhibition presents a collection of approximately 250 objects, together creating new meaning and significance by entering into alternative connections. It explores the borderland that all human beings occupy when we leave behind the familiar - our 'parents' - to venture out into unknown territory in search of our identity. 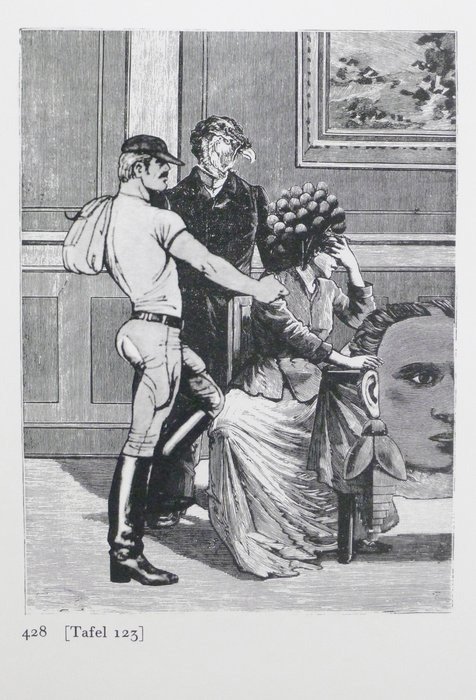 An abundance of paintings, drawings, photographs, videos, books, words, and sounds fill the x-rummet venue, establishing surprising connections and creating new narratives. The rich and complex accumulation of objects explores and interprets the process of emancipation and independence that may – or may not – happen in the life of an andolescent leaving his or her parents to seek out new values.

The exhibition presents a collection of approximately 250 objects, together creating new meaning and significance by entering into alternative connections. The exhibition acts as a single, vast collage that offers one possible take on the process of identity-building that we all experience in our lives. Abandon the Parents explores the borderland that all human beings occupy when we leave behind the familiar – our “parents” – to venture out into unknown territory in search of our identity.

A personal starting point for a universal narrative

The combination of works presented here springs from the three curators’ personal process of exploration – they have selected works, stories, and artists in which they frame a space that contextualizes artistic production and self-organization. Adressing the decisive moments in the construction of an identity. The exhibition presents three interwoven homosexual autobiographies, but it also points to the mechanisms, desires, and intuitions that serve as the building blocks for our identities as human beings.

Many of the artists featured in the exhibition have served as important guiding lights for Olesen’s own artistic endeavours. They are role models and sources of inspiration that have shaped his artistic work and his search for his own identity.

While the exhibition takes a personal point of departure, the complex collection of artefacts in x-rummet also conveys a universal narrative about the search for and construction of identity that we are all undergoing all the time.
A challenging exhibition

Abandon the Parents rethinks the classical exhibition format and challenges the autonomy of the work of art. In this exhibition all works are of equal value. Regardless of whether they happen to be copies, originals, history paintings, letters, or sound recordings. All works have meaning and significance, and they are all important components in relating the story of self-empowerment, of making a break with the past in a quest of new values.

In this way, Abandon the Parents eschews the museum’s usual art historical perspective, offering up an alternative art history that is formulated from a subjective perspective, based on a homosexual life experience.

x-rummet is the SMK’s experimental venue for contemporary art. Since 2001 the x-rummet has offered its walls, floor, and ceiling up for e.g. invisible labyrinths, pink castles, huge installations, and interactive video narratives.
Who is featured in x-rummet?

The new exhibition series in x-rummet covers a three-year span, 2013-2016, and explores the museum concept in the 21st century.

The series will investigate the work done by numerous different artists and will expand aspects of classic museum practices: e.g. the act of collecting, ordering, and presenting objects and the ways in which art history is written.

Henrik Olesen’s exhibition Abandon the Parents is the second instalment of the new x-rummet series.