The exhibition, curated by curator in residency Pedro de Llano, explores the role of affects in contemporary urban life, social networks and production systems. From domestic spaces to virtual environments, the exhibition addresses the interstitial spaces in which 'effectivity' and 'affectivity' struggle. 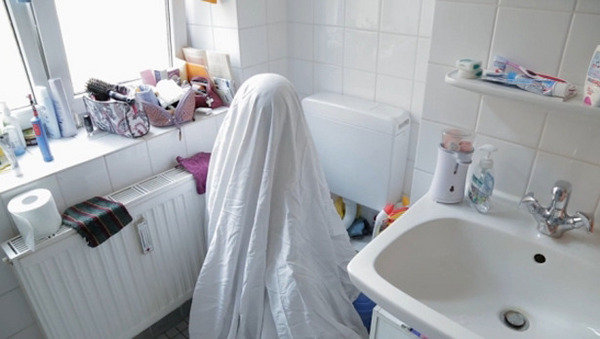 A proposal by Pedro de Llano, curator in residency

The exhibition Disparity and Demand explores the role of affects in contemporary urban life, social networks and production systems. From domestic spaces to virtual environments, this exhibition addresses the interstitial spaces in which "effectivity" and "affectivity" struggle.

Disparity and Demand is also the title of one of Juan Luis Moraza's works: deliberately technocratic, it wryly refers to the ambiguous status of contemporary affects. "Disparity" invites us to think about unequal relationships between individuals, but can also refer to the bureaucratic, commercial and virtual Leviathan. On the other hand, "demand" seems to suggest a kind of "vampirism" created by markets, governments and social networking that speculates upon emotions and that people have to deal with on a daily basis. Paris, a city where this bipolar nature of affects is always present and conflictual, as highlighted in much of the best contemporary French cinema (L'inconnu du lac (Stranger by the Lake) by Alain Guiraudie or Jeune et Jolie (Young and Beautiful) by François Ozon) seems to be an ideal place to start a conversation about this paradox.

An important inspiration for the exhibition was "The Affectivist Manifesto" (2008) by Brian Holmes in which he defines affect as a "shared reality"—"a split from the private self in which each person was formerly enclosed, and from the social order which imposed that particular type of privacy or privation." This concept indicates the different scales in which affect acts: intimacy, society, the virtual world with all their possible levels or internal nuances: friendship, family, love, nation, culture, etc. The exhibition reflects the concept of expanding the private sphere to social space: it grows in a spiral movement centred around the intimate character of Juan Luis Moraza's work. It then expands via the works installed in the rooms facing the street, with a more intense social vocation, such as the "diagrams" by Ricardo Basbaum, the stories by Loreto Martínez Troncoso or Babi Badalov's efforts to get the political refugee status in France—dissolving the boundaries between the interior and exterior of La Galerie.

La Galerie is financed by the City of Noisy-le-Sec, with support from the Île-de-France Cultural Affairs Office/Ministry of Culture and Communications, the Seine-Saint-Denis Département and the Île-de-France Region.

Opening: Saturday, May 24, 2–7pm, 4–6pm: A conversation about forms of affects with curator in residency Pedro de Llano, art critic Peio Aguirre and artists Babi Badalov, Mauro Cerqueira and Loreto Martinez Troncoso.
On the day of the opening a free shuttle leaves Paris (Place de la Bastille, opposite the Opera) at 3pm. Return to Paris: 7pm
No booking required, subject to seating availability.