National Museum of Women in the Arts - NMWA

National Museum of Women in the Arts - NMWA, Washington 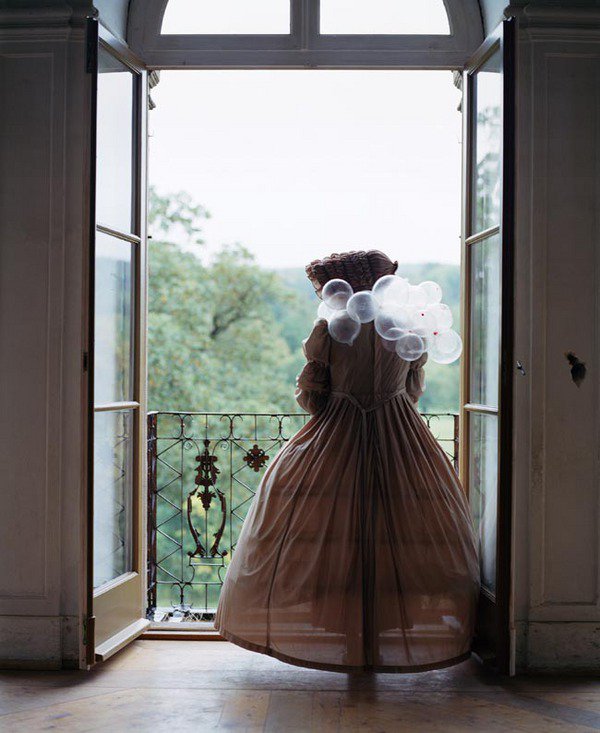 “Featuring single-channel works as well as sweeping installations, Total Art demonstrates the global impact of this art form and provides an exciting counterpoint to other more traditional works of arton view at NMWA,” said NMWA Director Susan Fisher Sterling. “This exhibition puts a spotlight on women’s creativity in photo-based arts and demonstrates women’s power to drive art movements.” Women artists in earlier centuries frequently struggled to find training, opportunities and recognition within the traditional fields of painting, sculpture or printmaking.

“NMWA’s exhibitions of historical art often tell the story of women finding success within social systems that typically excluded them; however, women practiced photography from the time of its invention in the 19th century,” said NMWA Chief Curator and exhibition curator Kathryn Wat. “Women were integrally involved with the development of photography—and later video—into fine art forms. Photo-based exhibitions such as Total Art emphasize women’s innovations and vision rather than primarily contextualizing their work.”

Many scholars maintain that accessibility and ease of use were the primary reasons that women gravitated toward the camera. Many texts note that feminist artists created politically-driven videos in the 1970s, but less attention is paid to how women shape the video field today. Although women video artists have been the subjects of solo exhibitions, they are typically present in small numbers in museum surveys of the art form.

Los Angeles-based artist Alex Prager (b. 1979) initially worked as a still photographer. La Petite Mort (2012) was her first foray into the cinematic format. In this surreal, visually arresting film, Prager 2contemplates the experience of death by mingling well-known Hollywood tropes—dramatic music, a highly suspenseful narrative and lingering close-ups of a beautiful protagonist.

Shot in 16mm format, Kimsooja’s (b. 1957) Thread Routes–Chapter 1 (2011) blends entrancing footage of traditional Peruvian spinning and weaving with images of the South American landscape. The film blurs distinctions between individual and communal activities. Within her multi-media oeuvre, which contains work in a wide range of mediums, Kimsooja positions the act of sewing as a metaphor for both the passage of time and connectivity between human cultures.

Another work shaped by documentary-style practice is Margaret Salmon’s Ninna Nanna (2007). The artist made this poetic study of young Italian mothers within their domestic environs during an extended stay in Italy. Her evocative black-and-white imagery is presented through three projections and an emotive soundtrack of a traditional Italian lullaby.

As a dynamic, time-based medium, video allows artists to explore their themes with great immediacy. A number of artists use video to examine emotionally charged subjects such as racial and national identity. Neger Don’t Call Me (1999–2000) by Mwangi Hutter (artists Ingrid Mwangi (b. 1975) and Robert Hutter (b. 1964)) features projected images of Mwangi wearing masks woven from her own braided hair. The installation includes four chairs with built-in speakers emitting the artist’s commentary on her experience living as a woman of mixed racial descent.

Janaina Tschäpe’s (b. 1973) video Lacrimacorpus (2004), shot in the ballroom of the 18th- century German castle Schloss Ettersberg (where the poet Goethe lived for a time), evokes history and fantasy. Her extended shot of a woman in historical costume spinning like a music-box doll until she collapses is a haunting image, heightened by the knowledge that the ballroom’s windows overlook the site of the Buchenwald concentration camp.

Other artists embrace the fluidity of the moving image, using video for formal experimentation. They shoot tight close-ups, film with unsteady hand-held cameras and manipulate color through processing techniques. Pipilotti Rist’s (b. 1962) Blue Bodily Letter (1992/1998) presents an ant’s-eye view of a woman’s body resting on the ground. The video’s intense colors, visual distortions and hypnotic soundtrack create a mesmerizing effect.

In the 1990s the advent of new digital technology profoundly influenced video production and aesthetics. Mariko Mori (b. 1967) employed a team of computer imagists, production stylists, and sound and digital technicians to develop her dreamy videos centering on transcendental themes. In Miko no Inori (1996), she filmed herself in the futuristic halls of Kansai International Airport near Osaka, Japan. She appears as a space-age Shinto shrine maiden, or miko, wearing a cyborg-style costume and meditatively clutching a crystal ball to suggest prophesy.

Total Art: Contemporary Video is organized by the National Museum of Women in the Arts, Washington, D.C. The exhibition is made possible by the Weissman Family Foundation and Share Fund. Additional support is provided by the Cowles Charitable Trust and the members of NMWA.

National Museum of Women in the Arts
Founded in 1981 and opened in 1987, NMWA is the only museum solely dedicated to celebrating the achievements of women in the visual, performing and literary arts. The museum’s collection features 4,500 works from the 16th century to the present created by more than 1,000 artists, including Mary Cassatt, Frida Kahlo, Alma Thomas, Lee Krasner, Louise Bourgeois, Chakaia Booker and Nan Goldin, along with special collections of 18th-century silver tableware and botanical prints. NMWA is located at 1250 New York Avenue, NW, Washington, D.C., in a landmark building near the White House. It is open Monday–Saturday, 10 a.m.–5 p.m. and Sunday, noon–5 p.m. For information, call 202-783-5000 or visit nmwa.org. Admission is $10 for adults, $8 for visitors 65 and over and students, and free for NMWA Members and youths 18 and under. Free Community Days are on the first Sunday of the month. For more information about NMWA, visit nmwa.org, Broad Strokes Blog, Facebook or Twitter.