A group show featuring a very mixed bag of 11 artists whose work - films, photographs, paintings, sculptures, drawings and installations - involves the idea of a re-enchantment of the city together with the urban space as a locus for political, social and/or aesthetic conflicts. 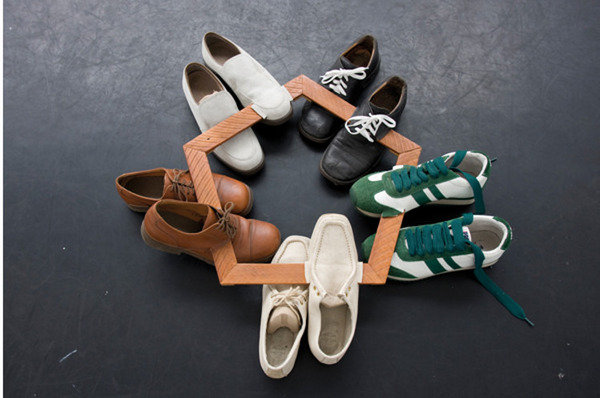 The city is the playground both for Courir les Rues (Running the Streets) and for Jan Kopp, associate artist for La Criée’s 2013–2014 season.
He and Sophie Kaplan have come up with Les Horizons, a group show featuring a very mixed bag of eleven artists whose work – films, photographs, paintings, sculptures, drawings and installations – involves the idea of a re-enchantment of the city together with the urban space as a locus for political, social and/or aesthetic conflicts.

«In the centre of Fedora, that grey stone metropolis, stands a metal building with a crystal globe in every room. Looking into each globe you see a blue city, the model of a different Fedora. These are the forms the city could have taken if, for one reason or another, it had not become what we see today.» — Italo Calvino, Invisible Cities, 1972

Les Horizons is the name of a famous Georges Maillols housing project in Rennes, built in 1970. Comprising twin towers based on simple geometrical modules and rising to almost 100 metres, it was one of French architecture’s first ventures into the very tall.

Maillols gave his towers a highly evocative name, as was the case with many other buildings: from Le Corbusier’s Cité Radieuse to Jean Renaudie’s Cité des Étoiles, a utopian urban vision was on the march, driven by architecture but also by the choice of the right title.

Nevertheless, modernist architectural projects have often aged badly and some neighbourhoods, initially symbols of better housing and a better life, have deteriorated into ghettoes seething with economic and social problems. The dream collapses and the names become ironic.

Its modernist manifestations aside, the city in general and in all its forms is shot through with contradictions: great wealth rubbing shoulders with extreme poverty, extraordinary beauty alongside utter drabness. The city is an Eldorado for migrants, but once there many of them find themselves condemned to even more straitened circumstances. But despite being a prime target for bombs and a focal point for conflict, it remains a place of limitless possibilities where freedom can flourish.

Kabul, San Francisco, Lodz, Nancy: these and the other cities figuring in the works in this exhibition reflect very different geopolitical situations, yet all of them come across as places where everything from basement level to the sky is evolving; where everything is, in one way or another, within arm’s reach.