A Museum of Immortality

The exhibition - initiated by Anton Vidokle, following a curatorial concept by theorist and historian Boris Groys - is comprised of works by more than fifty artists, writers, curators, filmmakers and architects who took part in and contributed to the 2013-14 Home Workspace Program, presented in an architectonic environment designed by Nikolaus Hirsch and Michel Muller. 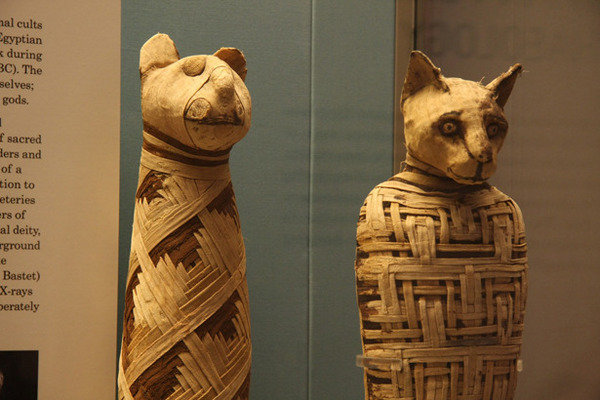 The Home Workspace Program is happy to present A Museum of Immortality, on view from June 11 through July 18, 2014. The exhibition is initiated by Anton Vidokle, following a curatorial concept by theorist and historian Boris Groys. A Museum of Immortality is comprised of works by more than fifty artists, writers, curators, filmmakers and architects who took part in and contributed to the 2013–14 Home Workspace Program, presented in an architectonic environment designed by Nikolaus Hirsch and Michel Müller.

“In the 1880–1890s Russian philosopher Nikolai Fedorov developed the project of the ‘Common Task,’ which consisted of the creation of the technological, social, and political conditions under which it would be possible to resurrect all men who have ever lived—through technological, artificial means. Here, the Christian promise of immortality and resurrection had to be realized by technological means. Above all, however, Fedorov believed in the power of social organization, and in this sense he was a true socialist. True social justice meant for Fedorov also justice for the dead—the end of the privileging of the living in their relationship to the dead. This artificially produced immortality was for him a way to unite the right technology with the right social organization. After the October Revolution, Fedorov’s ideas became especially attractive, since materialist philosophy constituted the core on which Communist ideology was built.

“Fedorov considered the museum as an institution that could and should become the basis for the immortalization of the whole of mankind. He believed, namely, that the technique of museological conservation is a kind of anti-technique, since it does not produce new things but cares about the old ones. The museum is thus fundamentally at odds with progress, which necessarily replaces old things with new things. The museum is a machine for making things immortal. In so far as each human being is also merely a thing among other things, the museum’s anti-technique can also be extended to the conservation of human beings. According to Fedorov’s project, at the first stage of its realization the museum should become the museum of all human beings without exception: in this universal museum, every human being should be allocated a room in which everything that is related to this human being should be collected: organic matter (urine, hair, etc.), personal belongings, and images of this person, and memories by her/his relatives and friends, etc.”
–Boris Groys, 2012

Wednesday, June 11
6:30pm
Public: opening of A Museum of Immortality

Ruminations about the universe, cosmic space, and the radical evolution of post-human society in a planetary environment are traditionally conditioned by dispensing of the finiteness of human nature and the human mind. To ally oneself to the dimension of cosmology implies transcending the limits of human existence, and connecting with the realia that exceed what has so far been titled as human. To acquire higher intelligence or supreme ecological sensitivity, one has to attain the dimension of the alien, of the abstract machines of post-capitalism, of the accelerative streams of global potentialities of production, of the trans-historical cosmological matter.

However, in works by Russian cosmists, or later in the theories of Russian avant-garde about new humanity, it was precisely the cosmological and the noospheric sublation of natural, social or civil conditions of human existence that was considered to be human per se. The question then would be the following: why was it that the notion of "human" had to be kept intact in the various futurological theories of historical socialism?

Love Machines questions today's shift to a post-humanist philosophy, with its dismissal of the notions of mercy, pity, and collective sensitivity as components of an outdated culture.

Every Tuesday from June 17 until July 8
6:30pm
By registration: Creating Universes that Include Will and/or Resurrection, weekly seminar in four sessions with Jalal Toufic

Friday, June 20
8pm
Public: "Defying the Death of Art: Russian Art From Malevitch to Kabakov Under the Sign of Nikolai Fedorov's Philosophy," lecture by Ekaterina Degot

Nikolai Fedorov's early 20th-century Philosophy of the Common Task, which was fiercely anti-formalist (something still largely not understood) and aimed at annihilating the notion of death, deeply affected not just the political reality of the Russian 20th century, but its aesthetic drive as well.

The lecture will be on the Arkady and Boris Strugatsky's novel Monday Begins on Saturday (1964) and its interpretation in the First Bergen Assembly, curated by Ekaterina Degot and David Riff (2013).

Humanity's longest lasting remnants are found among the stars. Over the last fifty years, hundreds of satellites have been launched into geosynchronous orbits, forming a ring of machines 36,000 kilometers from Earth. Thousands of times further away than most other satellites, geostationary spacecraft remain locked as man-made moons in perpetual orbit long after their operational lifetimes. Geosynchronous spacecraft will be among civilization's most enduring remnants, quietly circling Earth until the earth is no more.

The Last Pictures marks a distant satellite with a record from the historical moment from whence it came. Artist Trevor Paglen collaborated with materials scientists at the Massachusetts Institute of Technology to develop a micro-etched disc with one hundred photographs, encased in a gold-plated shell, designed to withstand the rigors of space and to last for billions of years. Inspired by years of conversations and interviews with scientists, artists, anthropologists, and philosophers, the images chosen for The Last Pictures tell an impressionistic story of uncertainty, paradox, and anxiety about the future.

8pm
Public: "A Lock for Every Key: The Excesses of Restraint," lecture by Shuddhabrata Sengupta

"A Lock for Every Key: The Excesses of Restraint" will investigate libidinal economies in politics and cultural life, with a particular focus on the consequences of the political uses of celibacy in India.

8pm
Public: "Stealing One's Own Corpse (An Alternative Set of Footholds for an Ascent into the Dark)," presentation by Julieta Aranda

Joana Hadjithomas and Khalil Joreige explore their research focusing on artistic and cinematographic narration, the writing of history, the construction of imaginaries, as well as the notions of territory, cosmopolitanism and contemporaneity, specifically in their film The Lebanese Rocket Society: The Strange Tale of the Lebanese Space Race, and in their latest work around the virtual worlds of spams and scams.