'Speaking Badly about Stones' presents the very first cross section of Wilfredo Prieto's artistic practice over the past 15 years. David Bade & Instituto Buena Bista build a new wailing wall in close cooperation with various groups of city citizens. 'Coming People 2014' is a biennial exhibition of work by artists who have recently graduated from a Belgian School of Art. 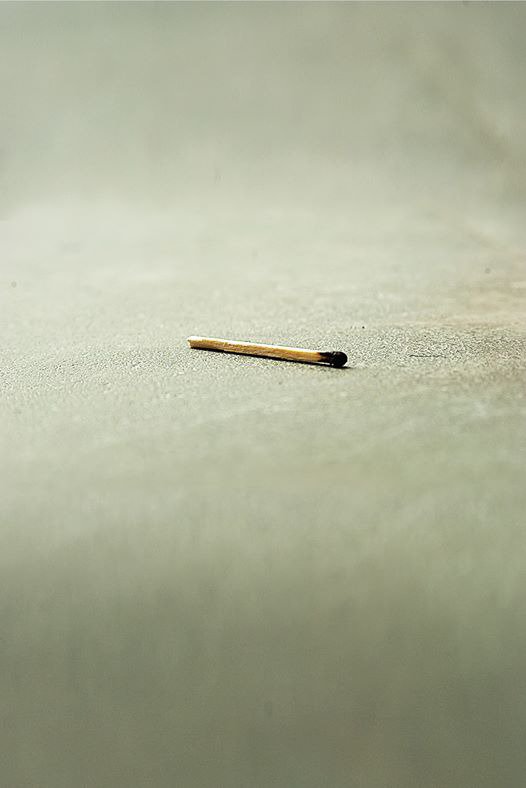 Wilfredo Prieto (°1978, Sancti Spiritus) is one of the most promising young artists to emerge from Cuba in recent years. He is often described as a ‘baroque minimalist’: he injects his work with a maximum of narrative power, meaning and emotion with minimal use of form and materials. However Prieto's work is never ponderous, on the contrary. Although he does not shun the socio-political themes of his home country Cuba, (and the rest of the world), his work is still humorous, poetic and light.

‘Speaking Badly about Stones’ presents the very first cross section of Wilfredo Prieto's artistic practice over the past fifteen years. The exhibition also focuses on the more or less neglected socio-critical aspect of Prieto’s oeuvre, which addresses relevant contemporary topics such as (over)consumption, energy waste and (hyper)capitalism.

'Speaking Badly about Stones' with the generous support by
Mervielde, Declercq, Bulterys and 'Acción Cultural Espanola'.

David Bade (1970, Curaçao) makes drawings and absurd sculptures that he recycles from ‘worthless’ and building materials. He later assembles them to make tremendously expressive, room-filling installations which he scatters with short pieces of writing: personal anecdotes, caustic comments on current affairs, a humorous play on words, an ironic proverb and suchlike. In terms of form, he cites freely from banal contemporary culture, art history and the visual idiom of Curaçao, his native country, where influences from Western and African culture meet the tradition of the colourful Caribbean carnival and folk religion.

Besides a passionate artist with an international career, David Bade is an inspiring teacher in charge of an art school he co-founded, a socially-engaged director of artistic community projects and a critical TV presenter of an arts programme for the general public (ArtMen). He stands in the middle of this life and has a lot to say about it, a huge amount in fact. He does this in his own intrepid way, using images, words and action. But there is one thing that is at the heart of all the projects he undertakes: interaction.

The artists David Bade and Tirzo Martha, together with art historian Nancy Hoffmann, founded the Instituto Buena Bista (IBB) on Curaçao in 2006. The founders of IBB want to provide a platform for contemporary art that simultaneously stimulates awareness and enrichment of the indigenous cultural heritage while introducing to the island new cultural developments from around the world.

The Institute’s core activities consist of organising a visual arts orientation course for talented Curaçaoan youngsters between the ages of 15 and 25, and assigning them to a professional overseas follow-up course in the fine or applied arts. The IBB ensures that the students receive close supervision overseas, but also motivates them to return to Curaçao afterwards. After all, the Institute believes that creative talent and an academic background are necessary to break with the colonial past of the island and build a new society.

Since 2009, the Instituto Buena Bista has been situated in the grounds of the Capriles psychiatric clinic. The lessons take place in a converted pavilion and an open garden and thirty or so students and two artists from abroad work there in the residency programme AIR. The patients at the clinic are free to wander in and out, work together with the students or take part in communal activities. By opting for a psychiatric institution as a base, the IBB is taking an explicit social stand as well as acquiring a special profile in so doing: that of a cultural institution that can connect contemporary art with identity, education and psychiatry.

"Swan, hold fast" by David Bade is a Gesamtkunstwerk with a strong social and interactive character. 'Wailing Wall', one of his sculptures that belong to the permanent collection of S.M.A.K. is used as the anchor point of the project. In the museum Bade rebuilds the wall into a vast, sweltering environment with a mix of older work, new creations and interventions of the Instituto Buena Bista. Later in the summer "Swan, hold fast" gets a counterpart in the historic center of Ghent. Under the market hall, David Bade & Instituto Buena Bista build a new wailing wall in close cooperation with various groups of city citizens. It will be a growing sculpture in a wide variety of materials to which new forms, colours, stories and layers of meaning will be added, depending on the daily groups of participants: youngsters from deprived backgrounds, psychiatric patients, art students etc. At the end of the workshop, parts of the new wailing wall will be taken to the museum in procession and ‘stuck’ to the original wall.

‘Swan, hold fast’ was made possible by the generous support of Electrabel, the Sikkens Foundation, the Mondriaanfonds, Arcelor Mittal.

'Coming People 2014' is a biennial exhibition of work by artists who have recently graduated from a Belgian School of Art. One of the participating artists will also receive the Prize of the Friends of the S.M.A.K. (the Municipal Museum of Contemporary Art in Ghent). This award, which brings with it a cash prize of 5,000 euro.
Despite quite a few great initiatives for young artists, it remains difficult for new graduates to find a career in the arts. Many movements remain underground and organizers often choose artists who have already been working for several years.
S.M.A.K. wants to focus on a selection of artists who have graduated just recently, but already have sufficient maturity to form part of an institutional platform. In this way 'Coming People' aims to build a bridge between the academic and the professional domains.

The artists will be selected in a rigorous procedure by an international jury including Lorenzo Benedetti (director of De Appel, Amsterdam), Martin Germann (senior curator S.M.A.K.) and Hilde Teerlinck (Director FRAC Nord-Pas de Calais, Dunkerque). The jury will make a selection based on the portfolios of the new graduates. The artists will then professionally advised by the curators with regard to presentation and framing, with a view to a full-fledged museum group exhibition.

The concept of 'Coming People' has a long tradition. During the previous editions (2001 - 2011), SMAK and the Friends of the S.M.A.K. showed a selection from the year-end presentations of the two Ghent Schools of Art, the Royal Academy of Fine Arts (KASK) and Sint-Lucas College of Science and Arts, campus Visual Arts (LUCA).

SMAK decided to upgrade the project and went looking for needs in the broader field of art. The growing supply of exhibition venues for young artists in Ghent partly meets the ambition of 'Coming People' to offer a forum for young artists. Therefore, starting this year, the project will be opened up to all Belgian Schools of Arts.

S.M.A.K. cordially invites you to the press preview of 'Speaking Badly about Stones' by Wilfredo Prieto, 'Swan, hold fast' by David Bade & Instituto Buena Bista' and 'Coming People 2014' on Thursday 19th June at 11 am in the presence of the artists and curators.

S.M.A.K.
Citadelpark – 9000 Gent
The museum is closed on Monday. Tuesday through Sunday from 10 am to 6 pm.
Closing time cash-desk: 30 minutes before closing of the museum
Entrance fees
€ 8: individual visitor
€ 6: groups up to 15 persons, 65+ years, inhabitants of Ghent.
€ 2: young people under the age of 26
For Free: for children up to and included the age of 18, disabled and persons accompanying groups. Friends of S.M.A.K., for members of VMV, ICOM. Guides and press with official pass. admission is also free for citizens of the city of Ghent every Sunday morning from 10 am to 1 pm and during the 'Gentse Feesten'.