Foundation for Art and Preservation in Embassies

This historic exhibition will include works by some of the United States' most acclaimed artists from FAPE's Original Print, Photography Collections and Site-Specific Projects. Works by John Baldessari, Jasper Johns, Roy Lichtenstein, Robert Rauschenberg, Frank Stella, Sol LeWitt, Louise Bourgeois and many others. 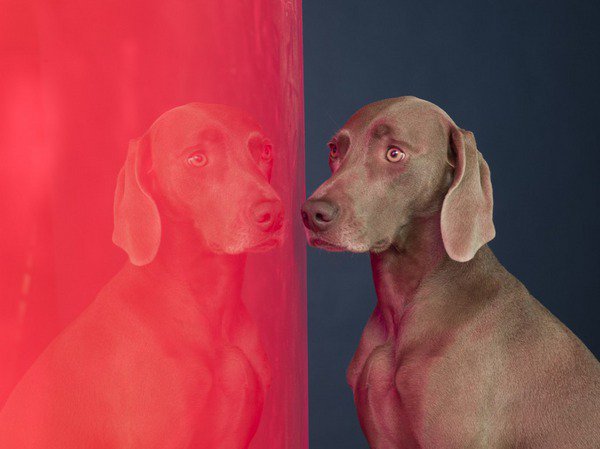 Washington, D.C. – March 20, 2014 - The Foundation for Art and Preservation in Embassies (FAPE) is pleased to announce that a comprehensive exhibition of its collections will be on public view for the first time presented by the Museum at Guild Hall in association with Christie’s from June 21 through July 27, 2014. Curated by Robert Storr, Chairman of FAPE’s Professional Fine Arts Committee and Dean of the Yale School of Art, this historic exhibition will include works by some of the United States’ most acclaimed artists from FAPE’s Original Print, Photography Collections and Site-Specific Projects.

“FAPE is honored to be working with the Museum at Guild Hall to exhibit its collection this summer, and we are grateful to have major support from Christie’s” said FAPE Chairman Jo Carole Lauder. “For the first time, the public will have the rare opportunity to view works commissioned by and donated to FAPE by some of this country’s most iconic artists. We celebrate these artists’ generosity and the places they hold in the history of American art.”

By partnering with American artists, FAPE donates permanent works of art to U.S. embassies around the world to fulfill its mission of cultural diplomacy. As of 2014, FAPE’s contributions included works by more than 200 preeminent American artists placed in more than 140 countries.

Since 1995, a distinguished American artist has donated a new edition, and Gemini G.E.L. has contributed its printing services for nine artist prints. Artists in the Original Print Collection include:

FAPE’s newest initiative is a collection of photography. Each year, a new work is donated by an American photographer to be placed in U.S. embassies throughout the world. In 2013, the Collection was inaugurated by Tina Barney and William Wegman. Carrie Mae Weems, Sidney Felsen, co-founder of Gemini G.E.L., and Richard (Chip) Benson will each donate an edition in 2014.

For FAPE’s Site-Specific Collection, the organization is assisted by an advisory committee of prominent arts professionals chaired by Robert Storr. Once an artist has been selected and has agreed to create a work, FAPE works with the embassy architects, the State Department and the artist to ensure that the art is sensitively integrated within the site. The works are all donated by the artists and FAPE provides the funds to pay for their fabrication and installation. The exhibition at the Museum at Guild Hall will present drawings, photographs and maquettes for the large-scale, site-specific works. Artists in the Collection include:

"FAPE is privileged to have worked with some of the country’s most celebrated American artists of the twentieth and twenty-first centuries," said Robert Storr, Chairman of FAPE's Professional Fine Arts Committee and Dean of the Yale School of Art. "I am constantly reminded of their extraordinary generosity, and all of us associated with FAPE have been inspired by the collection of works they have created and made available for us to place in embassies around the world."

Programming and events during the exhibition

During the course of the exhibition at the Museum at Guild Hall, FAPE will host events including a series of panel discussions with artists, scholars, members of the diplomatic community, and FAPE supporters. The first panel discussion will be held on Saturday, June 28 from 3:00 to 4:00 pm, moderated by Robert Storr, in conversation with a selection of artists who have donated to FAPE. The full program of events during the exhibition will be released closer to the opening.

“Guild Hall is honored to have the opportunity to exhibit these great works by the most talented American artists of our time,” said Ruth Appelhof, Executive Director of Guild Hall of East Hampton. “We thank Jo Carole Lauder, our neighbor here in the Hamptons, and the Trustees of FAPE for bringing this world-class program to our community.”

“Christie’s is thrilled to be able to present this important exhibition with FAPE this summer at Guild Hall. We have enjoyed a long and meaningful relationship with FAPE and share a true passion for art,” said Doug Woodham, President, Christie’s, Americas. “This is a unique opportunity for the public to gain a better understanding of the importance of FAPE’s global contribution and see so many of these site-specific works of art together in one place.”

About The Museum at Guild Hall
Founded 80 years ago, Guild Hall is the Hamptons’ year-round visual and performing arts center wholly dedicated to serving the residents, members, families, and artists of the East End. The center offers the community, as well as visitors and tourists, enriching experiences by presenting relevant and meaningful programs and events, working in collaboration with artists, and providing a meeting place for the community. For more information and to become a Guild Hall member, visit www.GuildHall.org. Like Guild Hall on Facebook and follow Guild Hall on Twitter and Instagram.

FAPE is the leading non-profit organization dedicated to providing permanent works of American art for U.S. embassies worldwide, through site-specific commissions, an original print collection, preservation projects and other arts initiatives. It contributes to the U.S. Department of State’s mission of cultural diplomacy by partnering with American artists whose gifts encourage cross-cultural understanding within the diplomatic community and the international public. All artworks commissioned or placed by FAPE are gifts, representing the generosity and patriotism of some of the country’s greatest artists. As of 2014, FAPE’s donations include permanent works by more than 200 preeminent American artists placed in more than 140 countries.

Robert Storr is an artist, curator and critic who currently serves as Dean of the Yale School of Art. Storr graduated from Swarthmore with high honors in French and History in 1972. He received an M.F.A. in painting from the Art Institute of Chicago in 1978.
Mr. Storr was Curator and then Senior Curator in the Department of Painting and Sculpture at The Museum of Modern Art, New York, from 1990 to 2002. There he organized numerous exhibitions, including DISLOCATIONS (a survey of installation art), and a selection of the gifts made to MoMA by Philip Johnson, as well as retrospectives of Elizabeth Murray, Gerhard Richter, Max Beckmann, Tony Smith, and Robert Ryman, in addition to coordinating the Projects series from 1990 to 2000. In 2002, he was named the first Rosalie Solow Professor of Modern Art at the Institute of Fine Arts, New York University. Mr. Storr has also taught at the CUNY Graduate Center and the Bard Center for Curatorial Studies as well as the Rhode Island School of Design, Tyler School of Art, New York Studio School and Harvard University, and has been a frequent lecturer in this country and abroad. He has been a contributing editor at Art in America since 1981 and writes frequently for Artforum, Parkett, Art Press (Paris), Frieze (London) and Corriere della Serra (Milan). He has written numerous catalogs, articles and books, including Philip Guston (Abbeville, 1986), September: A History Painting by Gerhard Richter (Tate Gallery 2011), and the forthcoming Intimate Geometries: The Work and Life of Louise Bourgeois.

Among his many honors he has received a Penny McCall Foundation Grant for painting, a Norton Family Foundation Curator Grant and honorary doctorates from, among others, the School of the Art Institute of Chicago, Swarthmore College, as well as awards from the American Chapter of the International Association of Art Critics, a special AICA award for Distinguished Contribution to the Field of Art Criticism, an ICI Agnes Gund Curatorial Award and the Lawrence A. Fleischman Award for Scholarly Excellence in the Field of American Art History from the Smithsonian Institution’s Archives of American Art. In 2000, the French Ministry of Culture presented him with the medal of Chevalier des Arts et des Lettres and in 2010, made him an "Officier" of the same order. He was Director of Visual Arts for the 2007 edition of the Venice Biennale 2007, the first American invited to oversee this prestigious international exhibition of contemporary art.

About Christie’s
Christie’s, the world's leading art business, had global auction and private sales in 2013 that totaled £4.5 billion/ $7.1 billion, making it the highest annual total in Christie’s history. Christie’s is a name and place that speaks of extraordinary art, unparalleled service and expertise, as well as international glamour. Founded in 1766 by James Christie, Christie's has since conducted the greatest and most celebrated auctions through the centuries providing a popular showcase for the unique and the beautiful. Christie’s offers around 450 auctions annually in over 80 categories, including all areas of fine and decorative arts, jewellery, photographs, collectibles, wine, and more. Prices range from $200 to over $100 million. Christie's also has a long and successful history conducting private sales for its clients in all categories, with emphasis on Post-War & Contemporary, Impressionist & Modern, Old Masters and Jewellery. Private sales totaled £760.5 million ($1.19 billion) in 2013, an increase of 20% on the previous year.
Christie’s has a global presence with 53 offices in 32 countries and 12 salerooms around the world including in London, New York, Paris, Geneva, Milan, Amsterdam, Dubai, Zürich, Hong Kong, Shanghai, and Mumbai. More recently, Christie’s has led the market with expanded initiatives in growth markets such as Russia, China, India and the United Arab Emirates, with successful sales and exhibitions in Beijing, Mumbai and Dubai.