The Experience of Totality. The exhibition covers Lissitzky's artistic career with paintings, photographs, photomontages, book designs and illustrations, films magazines and architectural studies. He was one of the most influential and controversial artists of the early 20th century. 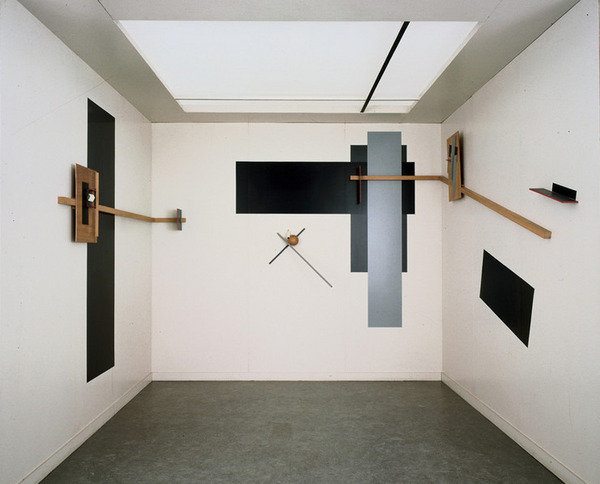 El Lissitzky (Eliezer Markovich Lisitsky, Russia 1890-1941), was one of the most influential, experimental and controversial artists of the early 20th century. Lissitzky confronted art as a response to demands of his time, a time of crisis and profound changes, a time of faith in industry and revolution. He broke barriers among disciplines connecting art, arquitecture and design.

Lissitzky was an architect, painter, graphic designer, exhibition designer and photographer. He worked with the Soviets after the 1917 October Revolution and with European Avant-garde artists in the 1920s, and designed propaganda for the Stalinist regime from the 1930s until his death. He contributed to the development of Suprematism with his friend and mentor Kazimir Malevich, and Constructivism after that. He invented his own form of abstract art with paintings, engravings and drawings which he later named Proun (“projects for the affirmation of the new”). His work had an impact outside Russia thanks to the De Stijl group in Holland and the teachings of the Bauhaus in Germany.