Lost in the Memory Palace. Showcasing 7 significant artworks produced by this collaborative duo since the mid-1990s and consisting of a series of immersive environments, the exhibition creates a labyrinthine space where memory is both lost and retrieved. Audiences are invited to wander from room to room. 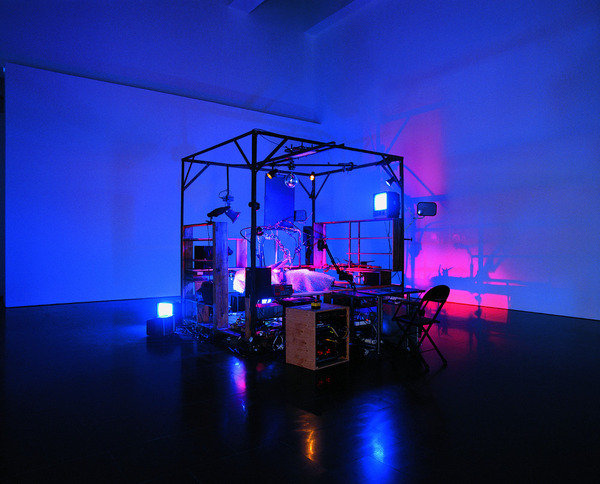 June 12, 2014, Vancouver, BC – Lost in the Memory Palace, a highly anticipated travelling exhibition by internationally celebrated British Columbia-based artists Janet Cardiff and George Bures Miller, opens at the Vancouver Art Gallery on June 21, 2014. Showcasing seven significant artworks produced by this collaborative duo since the mid-1990s, this exhibition offers a rare and notable overview of the artists’ work of the past 20 years.

“Janet Cardiff and George Bures Miller are among the most respected artists in the world today for their innovative new media work,” said Kathleen S. Bartels, Director of the Vancouver Art Gallery. “We are proud to be presenting their captivating and profound works that delight the imagination in so many extraordinary ways.”The exhibition’s title, Lost in the Memory Palace, refers to the theme of “room”, which is a persistent figurative device in Cardiff and Miller’s artwork. The room as a site of narrative production has a long and diverse history in art, but few artists have approached it with the imaginative focus, intensity, and repetitive use of Cardiff and Miller. Consisting of a series of immersive environments, the exhibition creates a labyrinthine space where memory is both lost and retrieved. Audiences are invited to wander from room to room, sifting through fragments of memory as if trying to reassemble a lost train of thought. In addition to key early works such as Dark Pool (1995) and The Muriel Lake Incident (1999), and recent works such as Killing Machine (2007) and Storm Room (2009), a new installation, Experiment in F# Minor (2013), was created specifically for the exhibition. In this work, light-sensors are activated by the viewer’s movement, triggering a cacophony of sounds.

An interactive exhibition publication, featuring an image-based interface and a hand-made aesthetic will be available for IOS and Android tablet devices and computer-based browsers when the exhibition opens. This app brings together the fundamental elements of the artists’ work such as sound, video, still images, text and touch, providing a unique insight into their art. “Cardiff and Miller’s creativity seems unbounded, so it's fitting that this experimental app has been conceived and developed for this exhibition.” said Bruce Grenville, Senior Curator at the Vancouver Art Gallery.

Janet Cardiff (b.1957) and George Bures Miller (b.1960) live and work in Grindrod, British Columbia and Berlin, Germany. They have been collaborating since 1995 and also produce solo works. Cardiff and Miller’s accomplishments on the international stage have been numerous. They represented Canada at the Venice Biennale in 2001 and won La Biennale di Venezia Special Award and the Benesse Prize, which recognize artists who break new artistic ground with an experimental and pioneering spirit. In 2011, the artists were awarded the Käthe Kollwitz Prize. They were part of the prestigious Documenta 13 (2012) in Kassel, Germany, and most recently, they have participated in the 2014 Biennale of Sydney. Their list of significant exhibitions is lengthy, including those at MOMA PS1, NY; Musée d'Art Contemporain de Montreal, Montreal; Whitechapel Art Gallery, London; Kunsthaus Bregenz, Austria; Hebbel am Ufer, Berlin; Hamburger Bahnhoff, Berlin; The Museu d'Art Contemporani de Barcelona, Barcelona; Miami Art Museum, Miami; and the Vancouver Art Gallery.

Generously Supported by:
Rick Erickson and Donna Partridge, Joan Anderson, and Sherry Killam
Digital publication supported by the Government of British Columbia through the BC Arts Council

About the Vancouver Art Gallery
The Vancouver Art Gallery is a not-for-profit organization supported by its members, individual donors, corporate funders, foundations, the City of Vancouver, the Province of British Columbia through the BC Arts Council, and the Canada Council for the Arts. We thank everyone for their continuing generosity.