In his book Conversations with Picasso, Brassai says that from 1960 onwards Picasso watched television on a regular basis, particularly circus programmes, wrestling, films and TV series, this had an influence of him artistic output during the last few years of his life. 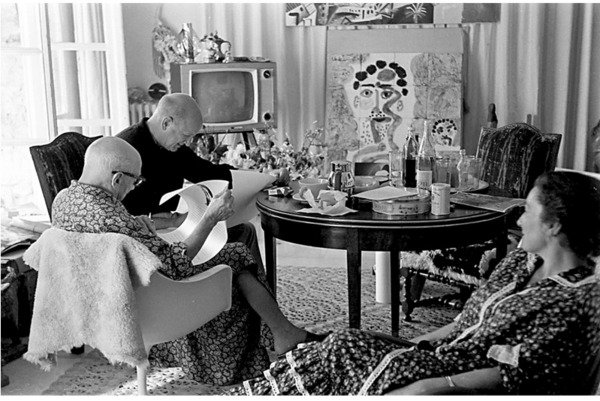 In his book Conversations with Picasso, Brassaï says that from 1960 onwards Pablo Picasso watched television on a fairly regular basis, particularly circus programmes, wrestling, films and TV series. Picasso, who had always been interested in popular forms of expression, began to show an interest in certain TV programmes after seeing footage of one of his exhibitions in London, and the wedding of Britain’s Princess Margaret to photographer Anthony Armstrong-Jones, which was watched by 20 million viewers worldwide.

Television’s rapid style, the narrative process of its scenes and the large number of images of all kinds that appeared on the “small screen”, had an influence of Pablo Picasso’s artistic output during the last few years of his life. The exhibition shows unsuspected links between some of the work Picasso produced between 1966 and 1970 and the programmes on French television at that time.

This summer at MPM visitors can see engravings from Suite 347, oil paintings, lithographs, and stills and excerpts from films and series, all in the context of a period when black-and-white TV was bringing entertainment, sport and news to the masses.