The exhibition puts together a generation of artists who have been exploring the visual possibilities of drawing, ranging from participatory projects to site-specific installations. 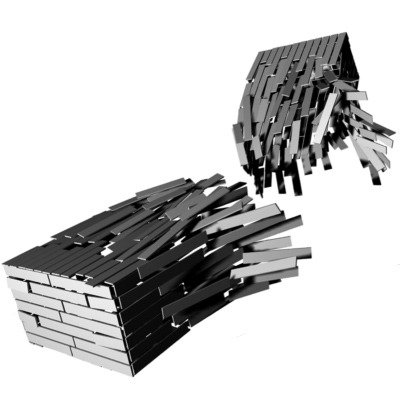 What is a vanishing point?

It is the converging union of lines that fade into the infinite. It may also be the concept that we inherited from the practice of making projective drawings.

How may we define our vanishing point when the starting point itself is already diffused? Taking into considerations that in the world’s current climate -even mathematics are not the stable and trustful science-, which we used to rely on anymore.

After looking at the artworks of these artists, I started considering that the concept or the creation of a vanishing point is what offers us with a reinterpretation of the exercise of drawing. I subscribe to the argument of Gilles Deleuze:

“We are moving continuously on parallel lines, while interacting with the surrounding environment. Although those lines may not have been connected from the starting point, they could eventually merge in the expansion of their coordinates. The fluxus between those lines is what generates a constant set of indeterminate possibilities.”

I found the artworks of these creators in the following dynamic: First at all and looking at the phenomenon that has taken place in Colombia during the last ten years, these artists have been developing their research in a direction that intends to introduce Colombian Art into the global art scene rather than emphasizing on their own local experiences. In this process, concepts are evolving and a new narrative of their local social circumstances has come up.
In consequence, they are sprouting into an aesthetic that can be assimilated in different contexts. As a result, Colombian art is coming out of its main struggle and point of interest, which was focused on the depiction of political conflicts inside its society.

Vanishing Points exhibition brings a selection of artists that have made a very significant progress within the Colombian contemporary art scene. Therefore this Exhibition puts together a generation of artists who have been exploring the visual possibilities of drawing, ranging from participatory projects to site-specific installations.

Most of the artworks presented here are the result of varied types of practices:

A programme of supporting events will encourage a wide range of visitors.

A creative workshop led by artist and university lecturer Alberto Lezaca de Paz, will encourage participants to produce their own multimedia installations. Alberto is a pioneer of industrial sonic compositions and multimedia interactive installations. The Colombian Ministry Of Culture has granted him with a travel bursary exclusively for this exhibition.

Andres Londoño has created “Kunstomerservice” which is a help desk to meet the opinions generated by the public. It is a platform that provides to all people whom accidentally, incidentally or premeditativley becomes affected by the visual arts. Andres will be delivering a performance that aims to engage the local community with his artistic enterprise.

Felipe Sepulveda will be doing a series of walks alongside London, with the purpose of recreating his participatory project "Tracks in the Earth" which is an artist led initiative that invites displaced communities located in the outskirts of Bogotá to recover their collective identity through a process that aims to revalue their lost memories. Also he is working in partnership with Casa Daros delivering education workshops in different South American cities, training primary schools teachers whilst incorporating his art practice as a methodology of social engagement.