The Museum of Contemporary Art of Georgia - MOCA GA

The Museum of Contemporary Art of Georgia - MOCA GA, Atlanta

Blue Collar Modernism. The artist makes work that comments on art and architecture in human environments. Based in an American aesthetic, his range of art works include paintings, drawings, sculpture and photography as well as functional objects. 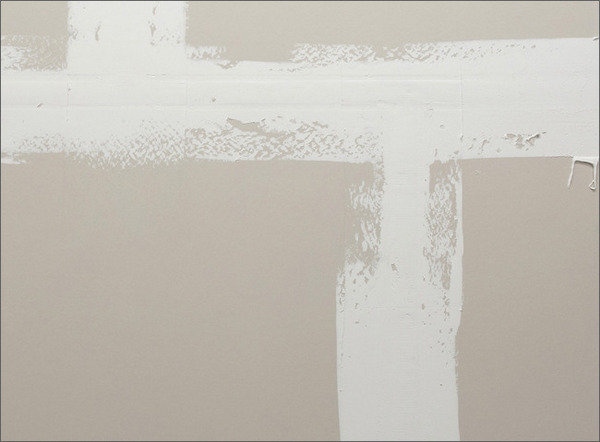 “What struck me was that in a field of almost 100 applications there was not only a real depth of quality but that there were a group of artists whose practice demanded attention in this format. This is not an emerging artist prize. There were a number of artists I could have chosen if it were. Some of them are on view in the High Museum of Art’s fantastic show of works on paper that is up now. My charge was to think about ‘established visual artists to support as fellows as of the ongoing Working Artist Project (WAP).' With that in mind, the WAP fellows reflect the overall diversity of the applications in terms of media, construction and style. Like the best artists over time, each one is deeply, deeply invested and committed to their projects. They have each been practicing and honing their style for a while so that it is now a pliable language for them to move forward in an expansive way.

“...Scott Ingram has been committed to the history of minimalism in a modernist trajectory for quite some time. Often employing a tight monochromatic sensibility in paintings and drawings, recently, he has taken on architecture and design to make reliefs and objects that float freely in the signs of furniture and/or sculpture."

Scott Ingram (b. 1968 in Drumright, Oklahoma) makes work that comments on art and architecture in human environments. Based in an American aesthetic, his range of art works include paintings, drawings, sculpture and photography as well as functional objects. Growing up in the Midwest, he was heavily influenced by the great modern architects of Chicago. Working for the Des Moines Art Center, Ingram developed an in-depth understanding of contemporary art within the context of architecture.Ingram has been exhibiting for more than 18 years and has been included in exhibitions around the United States as well as Spain and Canada. Most recently he exhibited at Solomon Projects, and Emily Amy Gallery in Atlanta and Anna Kustera Gallery in New York, as well as Florida Atlantic University and Auburn University. His work is collected by numerous private and corporate collections, as well as the High Museum of Art. In December, Ingram debuted a new installation of cinder blocks floating in a swimming pool for the NADA art fair during Miami Basel. Ingram lives, works and produces his work in Atlanta, GA.

This year’s guest juror is Franklin Sirmans, Terri and Michael Smooke Department Head and Curator of Contemporary Art at the Los Angeles County Museum of Art (LACMA). From 2006 to 2010, he was the Curator of Modern and Contemporary Art at The Menil Collection in Houston, TX, where he organized exhibitions including NeoHooDoo: Art for a Forgotten Faith, Maurizio Cattelan: Is There Life Before Death, Steve Wolfe: On Paper and Vija Celmins: Television and Disaster, 1964-66. The latter two traveled to LACMA, where Sirmans has also organized the museum’s presentation of Ai Weiwei’s Circle of Animals, Color and Form, Robert Therrien and Ends and Exits: Contemporary Art from the Collections of LACMA and the Broad Art Foundation. He also coorganized the exhibition Human Nature: Contemporary Art from the Collection. Sirmans was the 2007 recipient of the David C. Driskell Prize awarded by the High Museum of Art, Atlanta. He has written extensively for catalogues and articles and reviews in publications such as The New York Times, Time Out New York, Essence, Parkett and Grand Street. He is the artistic director of Prospect.3 New Orleans.

ABOUT WAP
WAP is an awards program to support established visual artists of merit who reside in the metropolitan Atlanta area. This initiative provides an unparalleled level of support for individual artists, expands the Museum’s mission, and promotes Atlanta as a city where artists can live, work, and thrive. As with past years, a guest juror will select three visual artists to receive the Award. Representing our city’s best and brightest; these artists will be supported with an exhibition, promotion, a studio assistant, and a major stipend to create work over the course of the year. This program is supported in large by a grant from The Charles Loridans Foundation with additional funding from the National Endowment for the Arts.

MOCA GA
75 Bennett Street, Atlanta GA 30309
HOURS
Tuesday - Saturday: 10am - 5pm
Closed on Sunday and Monday, Thanksgiving and Christmas.
ADMISSION
Free for members become a member today!
Free for children 6 years of age and under
Free for active U.S. military with ID
$5 for non-members
$1 for students with ID and seniors 65+