This group exhibition traces how notions of consciousness are evolving as a result of our digitally mediated existence. Our closeness to today's smart devices implicates us as a digital self, an entity that is continuously taking on a more traceable volume. 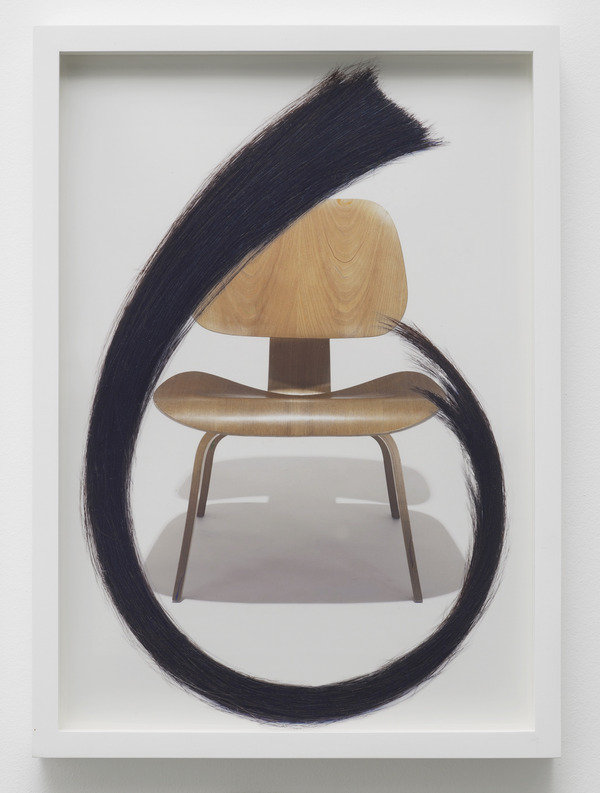 Pilar Corrias presents Phantom Limbs, a group exhibition that traces how notions of consciousness are evolving as a result of our digitally mediated existence.

The exhibition title refers to a sensory phenomenon connected to the loss of a body part, which is still perceived as being present and capable of ‘imaginary movements’. Our perceived reality is a sensory and visual projection of the brain, which is both capable of reactivating sensorial memories and of projecting continuous existence to what is no longer there. If we are able to feel, really feel, sensations from something that is no longer present, at what point do they stop being an illusion and can be considered genuine? Do subjective feelings, desires, memories, and even the soul, have a ‘material’ reality? And if so, where can we say that life and consciousness reside? What does it mean to be alive?

The human condition is changing through the development of new interfaces that form part of our everyday lives. Our closeness to today’s smart devices, the immaterial and ungraspable nature of the networked systems that support them, implicates us as a digital self, an entity that is continuously taking on a more traceable volume. Cécile B. Evans considers the digital as a heightened space for capturing emotions. In The Brightness (2013) an interview with Phantom Limb specialist, also named Cecile B. Evans, is intercut with a choreographed digital animation of loose teeth. To accompany and act as an extension of the video, Evans will also exhibit a collage and 3D printed teeth – dismembered corporeal forms that transgress both digital and physical realms.

Philippe Parreno presents Happy Ending, Stockholm, Paris, 1996, 1997 (2014). The work can be regarded as an incarnation of previous works originating from his 1996 solo exhibition Happy Ending in Stockholm. Parreno presented an original lamp designed by Eero Saarinen, intended for an unrealised hotel that was supposed to have been built upon the exact location of the Stockholm gallery. At the end of the exhibition the work mysteriously disappeared. At his solo exhibition at Air de Paris in Paris in 1997 (a new building, one without history), Parreno showed only works in glass, each of them a clear reinterpretation of previous works that no longer existed. Included were glass versions of the Saarinnen lamp. Four of the five lamps in the series were either broken or stolen. Now the lamps appear again. Happy Ending, Stockholm, Paris, 1996, 1997 is one of a series of ten transparent glass sculptures. Each piece differs slightly from the other yet continues to directly evoke its erased predecessor. The themes of ghosts and absences are a constant in Parreno’s work.

Basic algorithms govern Ian Cheng’s live computer simulations. A set of initial parameters act as DNA that seeds the generation of endless, mutating sequences of behaviours between objects and characters. Plants, architectural debris, animals, and humans become animate not by authorial intention, but by unscripted processes of emergence and evolution within his virtual ecosystems. Considering the human mind as itself an ecosystem, the artist explores the use of organic conceptual metaphors, controlled exposure to chaos, and the habituation of nauseating perspective shifts in order to mutate the mind’s capacity to relate to complex causal chains that exceed human bio-sensory scale.

The way we live, down to our physical bodies, has become embedded within the architecture of networks. This ‘all-out’ state presupposes a spatial dimension, a move from interactions taking place through the mediation of an interface to a tangible environment. Informed by this pollution of surfaces, Alisa Baremboym’s sculptures approximate the body as matter—its heaviness, its complexity, its penetrability—against its mutation and the conditions that influence these changes. Organic materials, such as clay, and industrially produced substances, such as petroleum based gel, cabling and plastic, contaminate one another and are subject to a transfer of properties.

In her installations, Charlotte Prodger reroutes representations of the self as they metamorphose via time, space and various technological systems. Found texts, YouTube clips, 16mm film and spoken narratives are used to consider the contingency and intimacy of materials both physical and textual. In Compression Fern Face (2014), a disembodied voice recites a series of short descriptions cribbed from the Electronic Arts Intermix online catalogue, while a Sony reference monitor displays a 3D animation in which two coded abstract symbols move in tension with each other. The viewer is confronted with a dislocating experience: standing face-to-face with the monitor as an anthropomorphic yet mechanised head while listening to an audio narrative of short intimate interactions with inanimate objects.

As Hito Steyerl points out in her recent essay ‘Too Much World: Is the internet Dead?’ the major consequence of images and data overflowing from the flat surface of the screen is that “reality now widely consists of images; or rather of things, constellations, and processes formerly evident as images.” Rachel Rose’s videos combine scripted, documentary and post-production processes to probe the boundaries between life and death. Palisades in Palisades (2014), set amongst the cliffs of the New Jersey Palisades, hovers between paintings and prints depicting a battle from the American Revolutionary War fought at the Palisades, and contemporary footage of a woman at the same site. Using a remote controlled lens attached to a camera rig, Rose produced shots that plunge from the distant to extreme high-definition close ups. These shifts in scale are reflected in the editing, which layers the very fibres that constitute both organic and historically stratified matter.

The actors in Ken Okiishi’s video E.lliotT.: Children of the New Age (2004), serve as glitchy filters in a world that hovers simultaneously inside and outside the screen. A highly compressed form of media history is performed within the (dead) frame of the TV (from telepathic channeling to television channels to a ‘streamed’ subjectivity), where historical references to esoteric realms of being where the affect results from overflows from other channels emerge it shards and fragments: including Alice Bailey’s A Treatise on Cosmic Fire; Rudolf Steiner’s lectures on Waldorf education; Raëlian scriptures; The Vegetarian Cook Book of The Los Angeles Lodge of The Theosophical Society (c.1919); methods of Scientology couples therapy; stories of possession and abduction by aliens, the Heaven’s Gate cult, and the quintessential story of alien true love, E.T. (1982). An elliptical, and often incoherently humorous, narrative emerges from the oversaturated banality of daily suburban life, dominated by a cognitive and affective congestion of sources that ultimately leads to a suicidal transmission of the data of the soul to another realm.

As immaterial information takes seemingly infinite visual forms simultaneously, our memory, reference fields, and current horizon of experience are broadened and made exterior to the processing capacity of the mind. Antoine Catala’s work Storage (2013) plays with the tactile nature of an image in its multiple physical variations—an image calls upon other images that resonate as residual memories within one another. Underlined by a playful take on semiotics, Catala’s holograms, flying drones, breathing sculptures, and walking emoticons exist between high and lo-fi. The emoticons : ) and (::( )::) (2014) bypass traditional use to become solid by being printed in plastic, lined up on a metal rod attached to a motor and made to walk. Language becomes prosthetic—part human, part machine. By collapsing language into an image-object, Catala proposes that the new environment that humans created for themselves (namely the internet and the symbiotic machines we live with) have insidiously deep transformative qualities.

The capacity of the human mind to reconfigure itself and its ‘software’, and the development of new behavioural patterns has real affect in the material world. Connectivity, circulation and sharing are intrinsic to the nature of digitised experience. We become both initiators and passive consumers, as search engines scan our navigation for patterns of behaviour, personal information or preferences. It is no longer dystopian to imagine a romantic relationship between a human and an artificially intelligent Operating System (OS), which has consciousness, is ‘real’, ‘present’ and, most of all, nurtured by its experience of life. The digital self is symptomatic of the re-evaluation of intuitive connections and emotional awareness—as our consciousness is slowly adapting and developing new ways of interfacing with the world new emotions and a new language to express them will follow.