Gig. The inaugural exhibition at Hauser & Wirth Somerset comprises an entirely new body of work created in response to the architecture and surrounding landscape of the gallery. 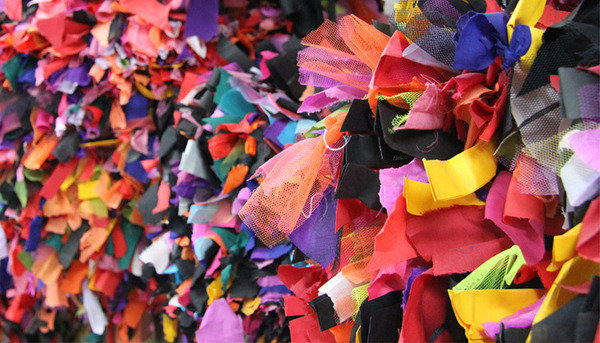 Hauser & Wirth is proud to present Phyllida Barlow’s ‘GIG’, the inaugural exhibition at Hauser & Wirth Somerset. Following Barlow’s critically acclaimed Duveen Galleries Commission ‘dock’ at Tate Britain, ‘GIG’ comprises an entirely new body of work created in response to the architecture and surrounding landscape of Hauser & Wirth Somerset. Occupying the 18th-century Threshing Barn, adjoining farm buildings, outdoor spaces and one of the new galleries, Barlow’s dense and exuberant sequence of installations celebrates the rejuvenation of Durslade Farm that lay derelict and unoccupied prior to its recent conversion into an arts centre.

Since the late 1960s, British artist Phyllida Barlow has focused on the physical experience of handling materials, which she transforms through layering, accumulation and juxtaposition. Barlow’s direct and practical processes of making utilise readily available materials such as cardboard, cement and plaster, polystyrene, timber and paint. Barlow’s sculptural practice is grounded in an anti-monumental tradition and is concerned with the relationship between objects and the space that surrounds them.

On first entering the gallery the viewer encounters a jubilant cacophony of brightly coloured fabric pompoms suspended from a timber structure that extends up into the rafters of the Threshing Barn. Moving through the pompoms past ‘untitled: pianoframeandcover’ into the adjoining Workshop gallery, the entrance appears to be blocked by a tightly bound mass of studio detritus fixed to a surface of painted plywood sheets. The room is so densely packed with precarious and unwieldy forms jostling for space that one of the sculptural objects has been forced outside, to be viewed from the gallery window.

Crossing the threshold into the Pigsty gallery, the doorway is occupied by a protruding polystyrene block beyond which lies ‘untitled: grinder’. Reminiscent of an outmoded mechanical object that has been immobilised, the brightly painted wooden cogs span diagonally across the space rising up and ducking under the roof’s timber beam.

Outdoors in the Piggery, ‘untitled: megaphone’ towers six metres high, rising above the roof line as if to announce the building’s new purpose. Nearby stacks of vibrantly painted chairs suggest an absent audience, one that has yet to arrive and a performance that has yet to begin. Entering the main gallery, the viewer is confronted by a thicket of roughly painted raw timber lengths rooted to the floor in cement bases. Abutted tightly together these posts form a makeshift screen in the centre of the room encircling the space. Recalling Bruce Nauman’s ‘Smoke Rings’, the viewer is compelled to circumnavigate the work, edging along the perimeter of the space peering through the gaps into a space they may not enter. Overhead, three architectural elements mounted on opposing walls extend over the fenced perimeter and penetrate the empty volume that remains out of reach. By positioning the works in such a way Barlow challenges and dictates the experience of looking and moving in the space.

Phyllida Barlow was born in 1944 in Newcastle upon Tyne, England. She lives and works in London. In the late 1960s, Barlow began teaching at the Slade School of Fine Art as Professor of Fine Art. In 2009, she retired from teaching in order to focus on her own work. In 2011 Barlow was elected a Royal Academician.