Danh Vo's work explores the intersections of personal experience and major historical events, including the impact and mutations of Catholicism as it spread through colonisation. In response to Danh Vo's work, the solo show by Carol Rama features over 50 works. 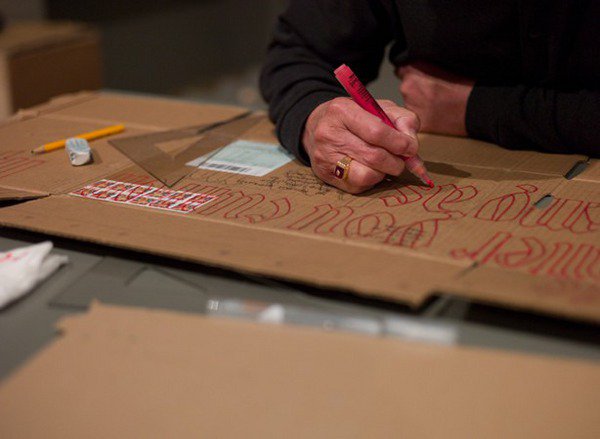 This summer we present the first major UK exhibition of the work of Danh Võ. Võ’s work explores the intersections of personal experience and major historical events, including the impact and mutations of Catholicism as it spread through colonisation.

His artworks reflect on the paradoxes inherent in the construction of identity. His use of objects evokes the historical circumstances that shape contemporary life.

“I don’t believe that things come from within you. To me things come out of the continuous dialogue you have with your surroundings,” he has said.

Danh Võ was born on the island of Phu Quoc, in South Vietnam in 1975 and eventually granted political asylum in Denmark, where he was raised. Since 2009 Võ has been collaborating with his father, Phung Võ, a skilled calligrapher, who has made new works for the exhibition.

Carol Rama’s expressive work is a direct result of the personal tragedies in her life. “I paint to heal myself,” she has said. Her autobiographical, explicitly female approach mirrors that of other artists of her time, such as Louise Bourgeois. Considered too radical for the fascist dominated Italy she grew up in, her work didn’t receive international attention until the end of the 90s. She received the Golden Lion for Lifetime Achievement at the Venice Biennale in 2003, and her work is now shown in major art galleries around the world.

A self-taught artist, she began painting watercolours as a form of therapy. In 1933, when Rama was 15, her mother was admitted to a psychiatric clinic. She has stated that she began her “vulgar” drawings then, fascinated by the female patients who wandered the wards half naked. These transgressive, psychosexual images challenged state censorship, and her first exhibition, held in Turin in 1945, was shut down.

In the 60s she began to use psychologically charged objects in her work, including animal claws and doll’s eyes. This led to her celebrated paintings made from bicycle tyres in the 70s. Elegant, abstract and minimal, they were related to other important art of the time. Rama has said that she was attracted to the sensual, flesh like quality of rubber. The tyres also refer to the bicycle factory that her father owned. In 1942 he committed suicide after the factory failed and he was declared bankrupt.

Featuring over 50 of her works, this exhibition has been curated by Irene Aristizabal in response to Danh Võ’s work, a great admirer of Carol Rama. Rama is now 95 and lives in Turin.

Photographs of her legendary studio, taken by Bepi Ghiotti, will be shown in The Study, off Gallery 1.

For more information about our news stories, image requests or to be added to our press lists call Lynn Hanna or Vicky Godfrey on 0115 948 9750 / 0115 948 9763 or email vicky@nottinghamcontemporary.org.