Terminology. The exhibition features her early 16 mm film and analog video installations; her acclaimed works at the 2009 Venice Biennale Dutch Pavilion; other principal works that reveal her ongoing development as an artist; and two of her early documentaries, on view in the first-floor Hall. 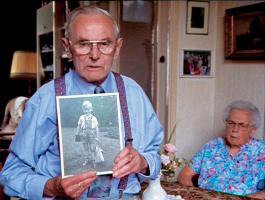 Born in Indonesia of a Chinese-Indonesian father and an Australian mother, Fiona Tan was raised in Australia, and then studied in Germany and the Netherlands. Now based in Amsterdam and active as an artist throughout the world, Tan has earned a strong international reputation with installations that often incorporate archival film and photographic images and that take both documentary and fictional form. Her work delicately probes the questions of how cultural differences, within groups and among individuals, are represented, and how these representations become fixed in memory.

Fiona Tan's work was first shown in Japan in 1998. Since then, Tan's work has been exhibited here repeatedly and a number of her works have their origins in Japan. She has received widespread interest and support for her work, due to the aesthetic consciousness she brings even to the smallest details, and to the deeply contemplative quality of her images.

This is the first full-scale Fiona Tan retrospective to be shown in Tokyo, presenting her early 16 mm film and analog video installations; her acclaimed works at the 2009 Venice Biennale Dutch Pavilion; other principal works that reveal her ongoing development as an artist; and two of her early documentaries, on view in the first-floor Hall. Together, these reveal the world of Fiona Tan and the poetic and critical questions she poses about the essential nature of photography and film.

The World of Fiona Tan's Moving Images
This exhibition is being presented in two venues: the 2nd-floor Galleries and the first-floor Hall. You are invited to watch at your leisure the screening of two Fiona Tan feature films in the first-floor Hall. Tan is a world leader in the field of visual expression, and the films are richly suggestive of the beauty and knowledge that inform her work. These serene films are a must-see, not only for followers of the arts, but for admirers of film as well.

Artist Talk by Fiona Tan (Japanese-English interpreting)
July 20 (Sun) 14:00～15:30 ［Open13:45(schedule)］
Listener：Okamura Keiko(curator / Tokyo Metropolitan Museum of Photography)
Tokyo Metropolitan Museum of Photography 1F Hall 190 seats
If you have stub of the exhibition ticket (on the day enabled), you can join anyone.
I will distribute tickets on the first floor reception desk from 10:00 on the day. Numerical order admission seats

Tokyo Metropolitan Museum of Photography All Rights Reserved.
〒153-0062 Yebisu Garden Place, 1-13-3 Mita Meguro-ku Tokyo
Opening hours: 10:00 to 18:00(until 20:00 on Thursdays and Fridays).
< Special Summer Night >
We will be open until 21:00 on Thursdays and Fridays, from July 17 to September 19.
＊Admittance is 30 minutes before a closing.However, The Theater of The First Floor Differ for Every Show
Closed Day：Monday(if Monday is a national holiday or a substitute holiday, it is the next day)
Admission：Adults ￥900／College Students ￥800／High School and Junior High School Students,Over 65 ￥700