Celebrity interviews with Tom Kummer. "To speak with celebrities, for the most part, is to speak with people who have given thousands of interviews". 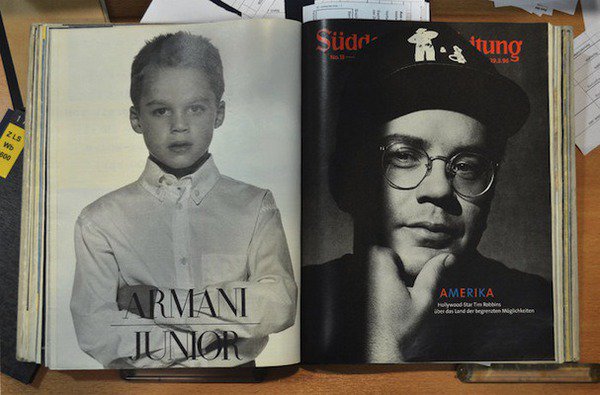 To think alone is to think poorly. Philosophy begins with the dialogue: it was through conversations that Plato (and his millions of readers) came to understand the world. Before long, though, philosophy became a succession of monologues. Still, good philosophy has arisen mostly from conversations: Marx and Engels, Horkheimer and Adorno, Deleuze and Guattari. In Greek, dialogos means 'conversation' and refers to logos - reason, language - that doesn't make itself absolute and instead is the outcome of discussion. The result: thinking and speaking 'live'.

In the best cases, interviews are conversations. The old-fashioned understanding that an interviewer is ignorant and the interviewee full of knowledge has resulted in interviews that are stiff, boring documents of one-way communication. For Tom Kummer, that's never the case. Kummer doesn't do interviews with people - he speaks to them, which is both easier and more difficult. Easier because it breaks up the unnaturalness of the situation - a situation where one person is repeatedly challenged while having to smile back at another. A situation where the journalist can always retreat to the position of asker: elegant, sitting on an armchair, his microphone as weapon, the legitimating power of the media behind him. But harder, too, because when the questioner becomes an equal conversation partner, he also waives his right to those privileges. Such a journalist doesn't hide himself behind his questioning, but rather brings himself completely into the conversation. This is the genesis of dialogues and - more important still - good texts.

To speak with celebrities, for the most part, is to speak with people who have given thousands of interviews. People for whom the transfer of information has become routine and who, just like journalists, have resigned themselves to their roles. These people are surprised when met with a conversation partner and not an interlocutor. They are surprised and threatened at the same time.

A celebrity who speaks with Tom Kummer learns - and as you can see, it's also fun for many of them. From Pamela Anderson to Johnny Lydon, from Sharon Stone to Quentin Tarantino.

Anyone familiar with the meticulous nature of the preparation done by Kummer before each interview knows that these dialogues are hard work. They begin with a scrupulous accumulation of knowledge, rising to the highest concentration during the interview, ending with stylistic honing while transcribing the tapes. These texts are created by means of a double tongue: the converser's as well as Kummer's own. Only those who take seriously the language of the other and try as authentically as possible to capture it can understand what dialogues are: texts with two authors.

Pablo Larios is a writer based in Berlin.