A Way of Life

Swedish photography from Christer Stromholm until Today. Stromholm is a predominant figure of Nordic photography and has inspired generations of young photographers. His images of the transsexuals of Place Blanche in Paris is some of his most known work. The exhibition displays, by diversity and depth, many different ways of life. 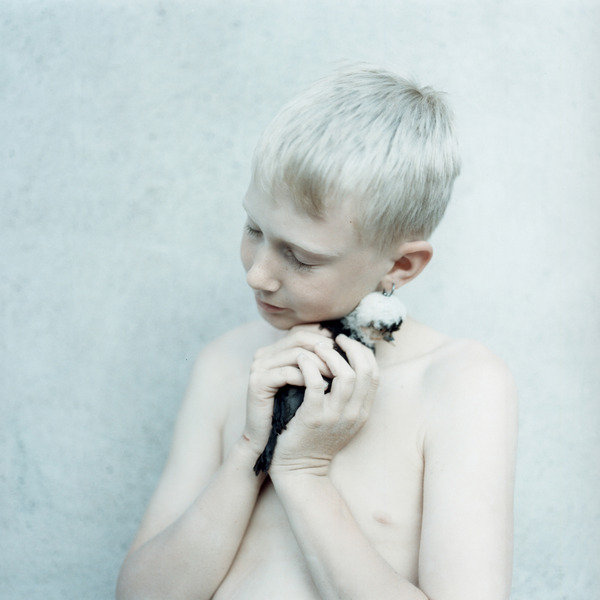 Over 300 photographs by 29 photographers are included in the Moderna Museet’s exhibition A Way of Life – Swedish photography from Christer Strömholm until Today. From trailblazing Strömholm, via influential names such as Kenneth Gustavsson, Tuija Lindström and Anders Petersen, to three younger contemporary photographers.

The basis for A Way of Life is Moderna Museet’s extensive collection, and focus lies on the intimate and subjective tendencies of Swedish photography, along with a few foreign examples strongly connected with Sweden. The exhibition displays, by diversity and depth, many different ways of life.

Christer Strömholm (1918–2002) is a predominant figure of Nordic photography and has inspired generations of young photographers. His images of the transsexuals of Place Blanche in Paris is some of his most known work.

Included in the exhibition are photographers that have followed in the footsteps of Strömholm. Works, taken from the Moderna Museet collection, by for example Yngve Baum, Agneta Ekman, Ann Christine Eek, Gunnar Smoliansky and not least Anders Petersen, who has most prominently carried on the Strömholm legacy.

The exhibition also highlights three contemporary photographers. JH Engström (b. 1969) has been seen as a successor to Christer Strömholm and Anders Petersen, and his Tout va bien is the newest series to be featured.

Anna Clarén (b. 1972) is just like Engström part of a generation of photographers that emerged in the late 1990’s. In her bright colour photographs we meet people and spaces close to the photographer. Martin Bogren (f. 1967) is the third contemporary photographer, he is active in Limhamn and his series Lowlands (2011) tells a personal tale, in black and white, about a small village in the Skåne countryside.

– It’s fantastic to be able to show an important part of Swedish modern photography history using the Moderna Museet collection. Martin Bogren, Anna Clarén and JH Engström are all three contemporary photographers that are good examples of how strong and exciting the Nordic photography scene is right now, says Anna Tellgren, curator of the exhibition.

The title of the exhibition comes from a quote taken from a lecture by Christer Strömholm. He explains that ”...for me, working with photographic images is a way of life. When I think of it, and when I look carefully at my images, all of them, each in its particular way, are nothing but self-portraits, a part of my life”. That approach has shaped all photographers represented in the exhibition. Several self-portraits, portraits of friends and some portraits of Christer Strömholm can be found in the selection.

With support from: E.ON

Invitation to the press preview on 4 September at 10 am.