The invisible subject. The artist brings the experience of her daily walks into close proximity with her work in the studio, describing her practice as being akin to 'a heartbeat, or breathing'. 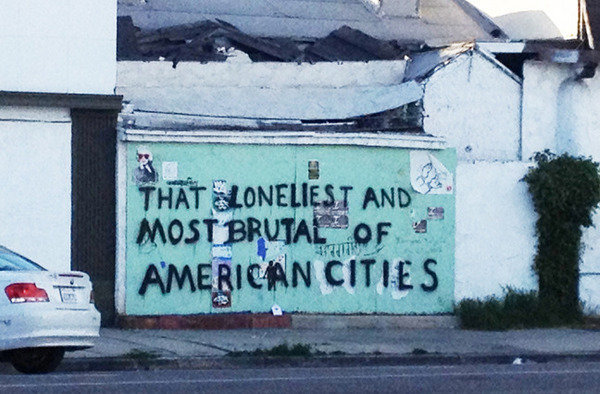 Ambach & Rice is pleased to present the invisible subject, an informal survey of sculpture and drawing by Los Angeles based artist Deborah Hede.

Hede’s work employs myriad visual cues, and her hand and body as measuring tools. She brings the experience of her daily walks into close proximity with her work in the studio, describing her practice as being akin to “a heartbeat, or breathing.” Her modest processes manifest drawings and sculptures that embody an uncanny confluence of humanity and formalism, life and art.

Jack Kerouac once described Los Angeles as “that loneliest and most brutal of American cities.” Hede encountered this quote spray-painted across a wall on one of her outings. She was struck by this commentary; amplified by its discovery along empty sidewalks.

Her recent readymade sculptures cast back this latent sense of place. On her walks Hede happens upon throw aways—spent light bulbs, gnarled dog toys and mysterious fragments of objects divorced from their source. In the studio these diminutive vestiges are memorialized in plaster bases. Each sculpture registers an isolation and absence that collectively shape an index of the city's present tense. Encountering these works can feel akin to discovering a narrative that has been abandoned by its protagonist.

The exhibit will also include a site-specific sculptural work that will incorporate Hede’s plaster wrapped wire configurations. These metal forms will build upon a part of the gallery's interior space to create a destabilized 'architecture' that alludes to the body.