The Image as Burden. The survey places greater emphasis on the works produced between 1976 and 1982, when Dumas's career in Amsterdam began. With almost 200 drawings and paintings from private and museum collections throughout the world. 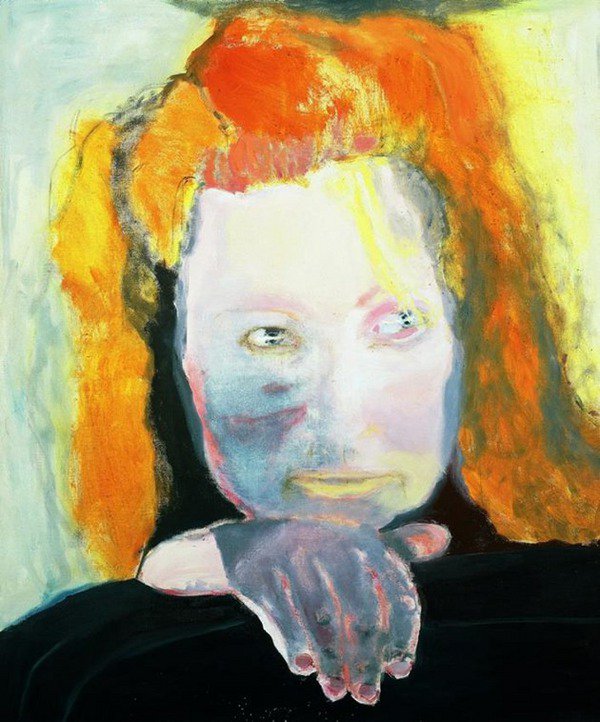 With almost two hundred drawings and paintings from private and museum collections throughout the world, Marlene Dumas – The Image as Burden is the first major solo exhibition of Dumas in the Netherlands in 20 years. It is the most comprehensive retrospective survey of her work in Europe to date and presents a compelling overview of her oeuvre from the late 1970s to the present. In addition to her most important and iconic works, the exhibition also presents lesser-known paintings and drawings, including many works never before seen in the Netherlands, and a selection of her most recent paintings. The title of the exhibition is derived from the work The Image as Burden (1993), which refers to the conflict between the painterly gesture and the illusion of the painted image.

The Stedelijk presentation features a number of exclusive highlights, such as a gallery devoted to drawings that have come straight from her studio, which have rarely – if ever – been on public view, and the 100-piece series Models from the collection of the Van Abbemuseum. The survey at the Stedelijk also places greater emphasis on the works produced between 1976 and 1982, when Dumas’s career in Amsterdam began.

After many years, the key work in her oeuvre, Love vs Death (1980), which opens the exhibition, is once again on display. Also included are a selection of Dumas’s most recent paintings, such as The Widow and Nuclear Family, both from 2013, and a number of watercolor drawings from the series Great Men (2014), the remainder of which is currently on view at Manifesta in St. Petersburg.

The exhibition closely examines the key themes and motifs that Dumas has developed throughout her artistic career. Special attention is devoted to the works on paper that Dumas produced in the early years after her arrival in the Netherlands, when she also exhibited her work for the first time at the Stedelijk Museum and Museum Fodor (1978-81). Themes such as love, death and longing, and the use of texts and images found in the mass media – which are also explored in her late paintings – are evident in these early works, too.

About Marlene Dumas
Marlene Dumas is considered one of the most significant and influential painters working today. With her work, she gives new content to the meaning that painting can still have today, in an era dominated by visual culture. Her intense, emotionally charged paintings and drawings address existentialist themes and often reference art historical motifs and current political issues.

Dumas often finds inspiration in newspaper and magazine images from her immense visual archive. The artist believes that the endless stream of photographic images that bombards us every day influences how we see each other and the world around us. Dumas addresses this onslaught by revealing the psychological, social, and political aspects of these images. Her drawings and paintings have an enormous directness and expressiveness, which the artist couples with a certain analytical distance. Dumas does not shy away from controversial topics. In both her visual work and her writings, Dumas reflects on contemporary painting and what it means to be an artist.

Marlene Dumas was born in 1953 in Cape Town, South Africa. She came to the Netherlands in the ‘70s to study at Ateliers ’63 in Haarlem. On completing her study, Dumas settled in Amsterdam, where she still lives and works. In recent years, Dumas has held important exhibitions in the United States (New York, Houston and Los Angeles), South Africa, Germany and Japan, and elsewhere. Her work is represented in the collections of numerous distinguished museums and private collectors throughout the world. Dumas is the recipient of many prestigious art awards, the most recent being the Johannes Vermeer Prize (2012).

The exhibition is accompanied by a special publication compiled by the three curators of the exhibition Leontine Coelewij, Kerryn Greenberg and Theodora Vischer. Structured along a strict chronology, the publication traces developments in the oeuvre of Marlene Dumas from the 1970s to the present day. The 196-page catalogue also contains writings by the artist, a number of new texts, short existing texts and interviews, and some 200 illustrations. The publication is designed by Dutch designer Roger Willems and published by Tate Publishing. The catalogue is published in three languages: Dutch, English and German, price: € 25,-.

The exhibition also includes a documentary about Marlene Dumas and the installation of the exhibition. Besides guided tours, work-shops and a course about Dumas (Dutch only) as part of the Stedelijk Academie, the Stedelijk offers a dynamic Public Program: