A site-specific installation. Swiss artist has developed his installation 'Kitfox Experimental' for this new art complex covering 5,500 square metres. Once a year, international artists will be commissioned to realise a site-specific installation, which will remain on view in the Boiler House for about nine months. The ensemble of Boiler House, Brew House, and Power House still today bears witness to the first use as a brewery. 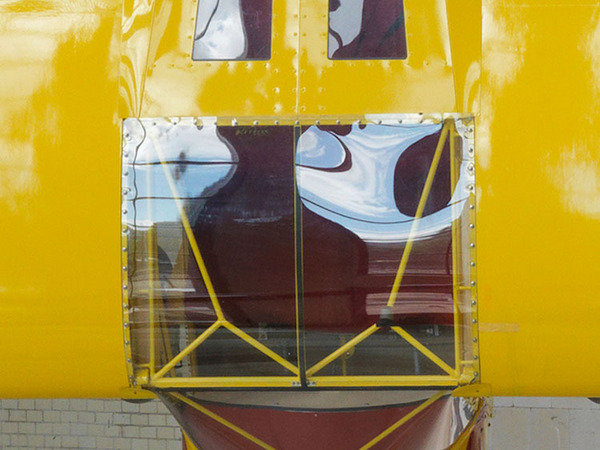 The new KINDL – Centre for Contemporary Art is taking shape in the unconventional space of the former Kindl brewery in Berlin's Neukölln district. This new art complex covering 5,500 square metres now opens its first space, the spectacular 20-metre-high Boiler House, as an exhibition venue for international contemporary art. Swiss artist Roman Signer (born in 1938 in Appenzell, lives in St. Gallen) has developed his installation Kitfox Experimental for this impressive space. Once a year, international artists will be commissioned to realise a site-specific installation, which will remain on view in the Boiler House for about nine months. The Centre is privately funded, and will show temporary exhibitions, and also provide space for studios, events, and a café. KINDL intends to both promote new ideas and themes and pick up on existing discourse, taking part in international debates on art while also further enlivening the Neukölln neighbourhood.

In 2011, German-Swiss couple Burkhard Varnholt and Salome Grisard purchased the former Kindl brewery premises in order to refurbish them for contemporary cultural production. This listed red-brick building was built between 1926 and 1930, in a style reminiscent of German expressionism. It has a seven-story tower, the 20-metre-high Boiler House, a Brew House with six brewing coppers, and a three-story Power House. Comprehensive refurbishment began in autumn 2012, including a new sawtooth roof and revamping the east facade to form a new entrance area that will combine a sense of tradition and history with new directions in architecture to create a foyer and an external stairway.

The ensemble of Boiler House, Brew House, and Power House still today bears witness to the first use as a brewery. Rooms and buildings are here clearly characterized by their original use, and will be rededicated appropriately succeeding the construction works. The Boiler House is already being used for artistic interventions and site-specific work. In the next step, the Brew House with its six enormous coppers (at one time the largest brewing coppers in Europe) will once again open to the people of Neukölln and a general public. Guests will be able to relax in a new café in the former Palace of Berlin Beer Culture, and in the brewery yard there will be a lower-level beer garden under plane trees. Opening in 2015, the three stories of the former Power House will provide an additional 1,200 square metres for monograph and thematic exhibitions of international contemporary art, as well as for diverse cultural events. The first exhibitions in the Power House will be the group exhibition How Long Is Now?, exploring the concept of "contemporaneity" in its relation to current artistic production, and a comprehensive solo exhibition of works by Berlin-based artist Eberhard Havekost that have mostly never been shown before. Finally, the slim 38-metre-high tower will house the Centre's "production" area, with offices and artist's studios.

Swiss curator and art critic Andreas Fiedler has been appointed artistic director of KINDL – Centre for Contemporary Art. Fiedler studied art history, philosophy, and educational psychology and has since worked as a freelance curator in charge of numerous exhibitions and projects, including in the Helmhaus Zürich, and the Solothurn and Lucerne art museums. He has worked closely with artists including Darren Almond, Svenja Deininger, Alfredo Jaar, and Shirana Shabazi. Fiedler has also published and edited extensively, and has taught at the Institute for Art History at Berne University. A further focus of his work is art in public space.