"In the exhibition, the possibility of mourning and melancholia can be found lurking, but remains confined to the background. The exhibition may have its share of night; however, its darkness still leaves room for moonlight." 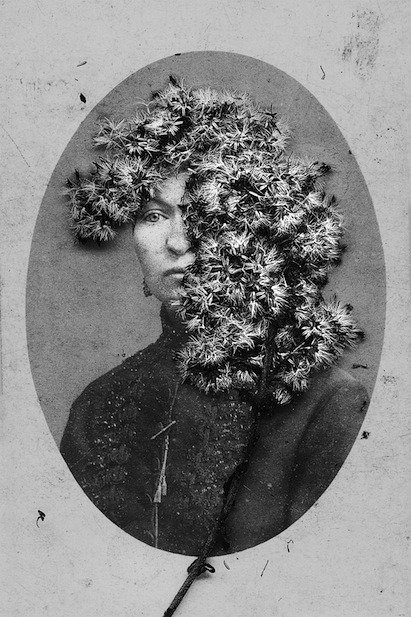 curated by Léa Bismuth Artists : Sandra Aubry and Sébastien Bourg (FR), Charbel-joseph H. Boutros (LB), Gayle Chong Kwan (GB), Marie Denis (FR), Marco Godinho (PT), Marcela Paniak (PL), Hiraki Sawa (JP), João Vilhena (PT) “For what we are after is everything” Might we not consider the possibility of narrative as the very condition for the dark and secretive aspects of any lifetime and its share of forgetting, to appear acceptable? Such is indeed Aragon’s hypothesis in Blanche or Oblivion, a book in search of itself – just as this exhibition probably is. Throughout rambling pages, narrative bits, temptations to wax autobiographical, sleepless nights, distracted moments, and paths with no ends other than precipices, Aragon keeps looking for something. That is what he does – nothing else. “For what we are after is everything” – that he hammers in, banging his head against the idea, groping his way with it, against all odds. The quest is the endless pursuit of the self and the other, through love. It is embodied either in Blanche or Marie-Noire – two characters haunted by Flaubert’s Madame Arnoux in Sentimental Education. Yet literature imperceptibly makes its way through, allowing no overexplicit form of resemblance. Indeed, as a ceaseless opener into possibilities for consciousness, literature always boils down to a lot more than what one would wish to reduce it to. But what is to be done with the book within the exhibition context? Should it be adapted, misread, or transfigured? Should it be used as raw matter? Never meant to illustrate the text, the exhibition uses its grey areas and ellipses, reconstructing subjective reading sensations at the same time. As a curator, I wished to make a collective work, trying to get the artists exhibited here to help me reread the book – maybe to put an end to my own obsession with it, at last. Some of the artists have thus responded with works specifically conceived for the exhibition. Sandra Aubry and Sébastien Bourg have created a jigsaw puzzle whose pieces can never, ever be put together. Grey, grayish like TV snow, it seems to be expanding over the wall like a swarming remembrance, a mental jungle appearing within the deepest recesses of memory. Joao Vilhena’s proposition is a large pierre noire drawing, the portrait of a 1940s actress, rendered as a stereoscopic view with distorted vision. Who is she? Has she already become a memory, a wandering shadow? Looking at her makes one feel seasick, off balance; presence is insidiously blurred out. Facing the drawing, nothing comes to mind but this line from the novel, “Look at me; avert your intense gaze away from its other stations, and turn it to me, Blanche...” Lastly, with an installation relying on the palpable, physical matter of books, Marco Godinho has slimmed down a small folio, having chosen to unweave or unknit it like a too- closely-stitched sweater. Thinning out the book by taking the pages off, he has then sewn them back together into a rug, a map, or a forever fragmentary, carefully laid-out constellation.

“Where And When Am I? Oblivion.” An exhibition is about ordering and montage – the being borrowed from Jean-Jacques Lebel, who spoke of “montrage” [in French, a portmanteau word made up of “montrer,” to show, and “monter”, to edit], that is to say, a form of demonstrative montage – that is, the will to use editing as a construction principle which solely shows the power of cutting, and then, as with film, which enables a new, radically astonishing, form of continuity to be re-created. Montage then amounts to creating a type of meaning that could not have been conceived of otherwise. It is the merging of possibilities – poetry stemming from a dialogue of the deaf. Consequently, the exhibition as a process of drawing works close to one another, is not only to be seen as “collage,” but also as the “beautiful matter” that Jean- Luc Godard mentioned in his Histoire(s) du Cinéma. Indeed, montage is about inventing and unraveling things; it may cause mistakes and end up in deadlocks, but it nonetheless remains a framing force, out of which the unique and the unexpected suddenly emerge. A problematic, ambiguous montage, Blanche or Oblivion deals with the dismantling of narrative processes and with a narrative in crisis, everlastingly started over – the hectic race of a compass without its hand. In Sleeping Machine I, a film by Hiraki Sawa, clockwork mechanisms have thus been taken down and can be seen uselessly going around, against old pieces of wallpaper. One cannot tell what we are made up of, since life is nothing but the sum of fragments that are difficult to identify clearly. We make our way through them, whether in sunlit mornings or dense nights. Here, the only remaining presence is the sound of damaged cogwheels, stones rolling, and acoustic expanse. In the exhibition as well as Aragon’s book, the possibility of mourning and melancholia can be found lurking, but remains confined to the background. One may naively venture that although Aragon keeps claiming that “Blanche is not Elsa,” he forebodingly senses the impending death of Elsa Triolet, the one he will have loved “for forty-two years.” Yet and above all, what Aragon senses and what his writing is concerned with, is his predisposition to forgetting and his devastating anxiety – the fear that he, along with his memories, will vanish into the peace of graveyards. The act of writing and the novel hence stand as the means to make sure that someone’s life is taking place indeed, has taken place, and has been invested. “Blanche, do understand me [...] Through the novel, I am trying to make sure of what I am, what I may have been; through this strange path, I am trying to find you in my arms again, as if you had never escaped,” Aragon also writes. Retrieving embraces through writing, such is Marie Denis’s floral, evanescent ambition, which she turns into a metaphor in the exhibition thanks to dandelion plumes, those flowers we used to enjoy blowing in the fields before making a wish. Breath and suspension in mid-air are frozen between two slivers of glass; the transience of the moment – its lightness – is caught in its fleeting burst. Close by, Marcela Paniak’s series of ancestral faces seem to whisper in our ear. Spreading dried-up flowers over her photographs, the artist treads Elysian Fields territory, where asphodels, the flowers of graves, grow. Covered up, eaten up as they are by the sinister blooming, the faces observe us piercingly from their lockets. The exhibition may have its share of night; however, its darkness still leaves room for moonlight – as with Gayle Chong Kwan’s moon, that prominently displays its silvery contours. Meanwhile, Charbel Joseph H. Boutros has made up the following tale: “In Sao Paulo, on a sunny day, the artist’s studio was bathed in sunlight. He decided to turn off the electric lights and he blocked the windows so that he would evade all luminosity. His studio had become a black volume, a black box surrounded by the white, modern city. The impossibility to see and create turned out to be a sculptural and political act. Then, he turned his video camera on and filmed the darkness for nine minutes. But shooting darkness is a vain endeavor – it means recording invisible realities.”

We proceed groping our way, or on the lookout; we open our eyes wide in the dark of our memory. Then we shut them and conjure up a face, the one we know best, whose exploration has no end – Blanche’s face.

The literary feeling of existence is not something to be constructed falsely, and Reason cannot grasp it fully – it is but an extensive, uncertain, animated crossing; it is the fuel of the Real.