A selection of international emerging artists from the Ernesto Esposito's collection. The exhibition tells the story of a voracious, at times compulsive, vision built along the consistent development of Esposito's taste and personal experiences. 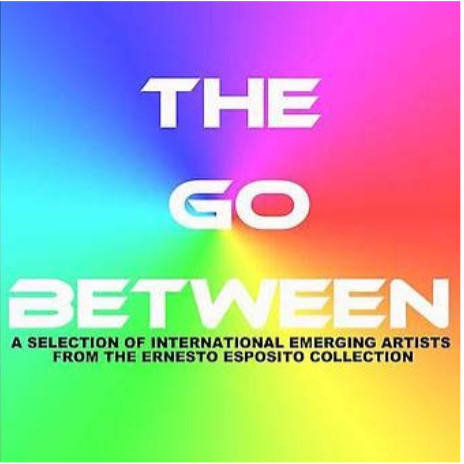 Sprovieri is delighted to present The Go-Between, a selection of international emerging artists from the Ernesto Esposito’s collection curated by Eugenio Viola.

The Go-Between is "the middle-man", "the messenger" that unites and connects; it is also the main character of L. P. Hartley’s 1953 novel, which was proposed as a film directed by Joseph Losey in 1970, a torrid affair centred on memory and passion, and on their gradual unveiling.

The Go-Between showcases part of the prestigious collection of Ernesto Esposito, the internationally renowned shoes designer. Esposito is one of the most responsive and dedicated Italian collectors, whose collection is acknowledged as one of the most interesting in Europe, started in Naples when Esposito was very young and met personally Beuys, Twombly and Warhol. Gathered together over 30 years, the collection has been exhibited by several European and American Museums. Ernesto Esposito is "the Go-Between" of his collection, the means between his personal experiences and visions, emotions, anxieties and melancholies, as well as his passion for art and his bold choices.

The exhibition tells the story of a voracious, at times compulsive, vision built along the consistent development of Ernesto Esposito’s taste and personal experiences. The Go-Between is the portrait of a collector who conceives his collection as a challenge to conventions, an exercise of the eye and an unpredictable adventure - supported by passion, enthusiasm, curiosity, love for challenges as well as awareness and rigour. His collection is an adventure in the present whilst projecting towards the future.

The preview of the project showing the latest acquisitions of emerging - yet already recognised internationally artists - is held at Sprovieri.

The next venue will be the National Museum of Capodimonte in Naples from December 13, 2014 until January 13, 2015.