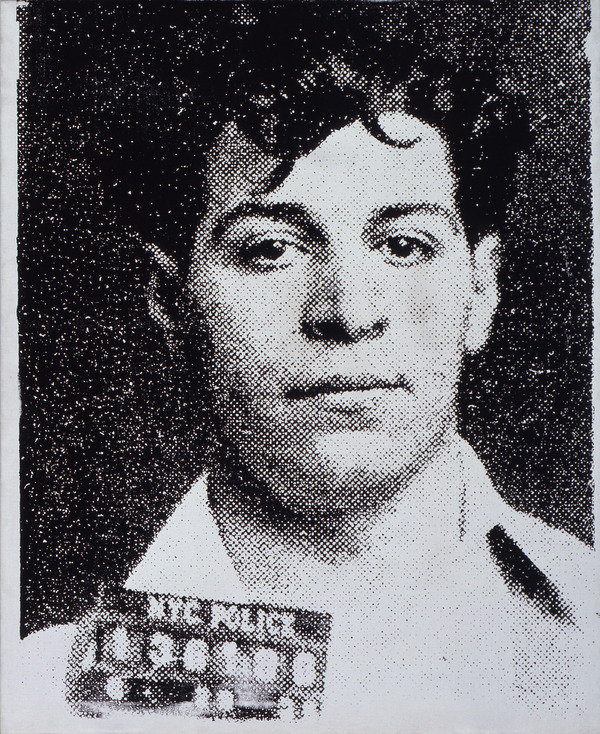 The Andy Warhol Museum proudly announces the opening of two special exhibitions in September: one marking the 50th anniversary of a Warhol scandal at the World’s Fair; the other being the first solo museum exhibition of a contemporary expressionist painter with Pittsburgh roots.

Both exhibitions open at The Warhol on September 27, 2014.

13 Most Wanted Men: Andy Warhol and the 1964 World’s Fair examines the controversy surrounding Warhol’s work commissioned for the facade of the Fair’s New York State Pavilion, in which the artist chose to enlarge mug shots of criminals. Fearing scandal, officials painted over Warhol’s mural days after it was installed, leaving only a large silver panel visible when the Fair opened.

“The mural was an extraordinarily bold proposal for the pavilion. Warhol was in the early stages of his career and the commission represented a high profile opportunity,” explained Nicholas Chambers, the Milton Fine Curator of Art at The Warhol. “However, rather than propose a Pop subject associated with his practice at that time, such as Campbell’s Soup, he decided to depict a group of criminals wanted by the NYPD.”

The present-day exhibition includes paintings Warhol produced later that year from the same screens used to make the pavilion mural. It also contains documents and ephemera that tell the back-story of the mural and the mystery of its demise.

“The exhibition looks at the material evidence relating to this unique episode in Warhol’s practice. It draws on artworks and archival materials in an attempt to unpack the circumstances surrounding the work’s conception and ultimate censorship,” said Chambers.

13 Most Wanted Men: Andy Warhol and the 1964 World’s Fair was developed collaboratively by The Warhol and the Queens Museum, which is located on the grounds of the New York World’s Fair, about 200 yards from where Warhol’s mural briefly appeared. This exhibition is made possible by The Henry Luce Foundation and the National Endowment for the Arts.

Delta is the official airline sponsor for 13 Most Wanted Men: Andy Warhol and the 1964 World’s Fair.

Also opening in September, The Warhol presents Chuck Connelly: My America as its contribution to the 2014 Pittsburgh Biennial.

Born in Pittsburgh in 1955, Connelly graduated from the Tyler School of Art, Philadelphia, in 1977, and by the mid-1980s was recognized as a key figure among the New York-based Neo-expressionist painters. Known for using thickly layered brush strokes and bold palettes, his subjects have varied widely from religious imagery to cosmic visions, portraits, landscapes, and Victorian homes from the Philadelphia neighborhood where he now lives.

“He is a prodigious painter, working for nearly 40 years, which is why this first solo museum show feels long overdue,” said Jessica Beck, The Warhol’s Assistant Curator of Art, who arranged the exhibition along with Nicholas Chambers. My America represents his personal story through the decades, shown in a progression of works that interweave grand art historical themes with contemporary social commentary.”

Critics have compared Connelly’s art to Soutine and Van Gogh, but his urban landscapes also conjure the grittiness of the American realist George Bellows. Connelly infuses an element of the surreal, seeming to portray untold narratives and an otherworldly dimension.

“Chuck Connelly’s lush, heavily layered canvases remind us of the resilience and force of painting. His surreal, uniquely tragicomic vision of the world is both familiar and yet completely new and foreign,” said Beck.

The Pittsburgh Biennial is co-organized by Carnegie Museum of Art, Miller Gallery at Carnegie Mellon University, The Andy Warhol Museum, SPACE Gallery, Pittsburgh Glass Center, Mattress Factory, and Biennial founders Pittsburgh Filmmakers and Pittsburgh Center for the Arts. Each of the eight partnering institutions presents a distinct exhibition of work by artists connected to the Pittsburgh region, reflecting each organization’s curatorial focus.

In Discussion: Chuck Connelly: My America, with the artist and Jessica Beck, Assistant Curator of Art
Saturday, October 18, 2014
2 p.m.
Warhol theater
Join us for a discussion with Assistant Curator of Art Jessica Beck and veteran painter and Pittsburgh native Chuck Connelly. This program is presented in connection with the exhibition Chuck Connelly: My America, The Warhol’s contribution to the 2014 Pittsburgh Biennial.
Free with museum admission.

In Discussion: 13 Most Wanted Men, with John Giorno and Nicholas Chambers, Milton Fine Curator of Art
Friday, December 12, 2014
7 p.m.
Warhol theater
Join us for a discussion with Nicholas Chambers, The Warhol’s Milton Fine Curator of Art, and the highly influential poet John Giorno, the star of Andy Warhol’s 1963 film Sleep. The initiator of Dial-a-Poem (a poem recording project with a group of writers including Frank O’Hara and Patti Smith) in 1968, and the subject of an upcoming one-man exhibition at the Palais de Tokyo, Paris, in 2015, artist and poet John Giorno has been an inspired, influential catalyst and connector for generations of New York visual artists, writers, and performance-makers. This program is presented in connection with the exhibition 13 Most Wanted Men: Andy Warhol and the 1964 World’s Fair on view September 27, 2014 – January 4, 2015 at The Warhol.
Free with museum admission.

The Andy Warhol Museum receives state arts funding support through a grant from the Pennsylvania Council on the Arts, a state agency funded by the Commonwealth of Pennsylvania; the National Endowment for the Arts, a federal agency; and The Heinz Endowments. Further support is provided by the Allegheny Regional Asset District.