The four shortlisted artists present works in a show normally held at Tate Britain before the winner is announced in December. The decision is based on the work for which they were nominated: Duncan Campbell; Ciara Phillips; James Richards and Tris Vonna-Michell. 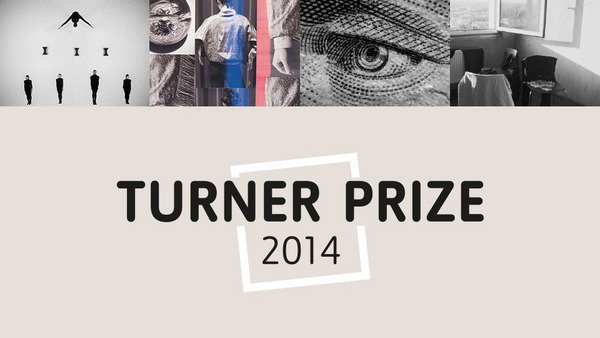 Every year the Turner Prize introduces us to new artists and new ideas in contemporary art.

Nominations are invited each year, and the prize is judged by an independent jury that changes annually. The four shortlisted artists present works in a show normally held at Tate Britain before the winner is announced in December. Artists are not judged on their show at Tate. The decision is based on the work for which they were nominated.

The winner will be announced at an awards ceremony, broadcast live on Channel 4, Monday 1 December 2014.

Duncan Campbell (born Dublin, 1972) has been nominated for his contribution to Scotland’s pavilion at the Venice Biennale. Responding to Chris Marker and Alan Resnais’ 1953 film Statues Also Die, Campbell’s It for Others included new work by choreographer Michael Clark.
Campbell makes films about controversial figures such the Irish political activist Bernadette Devlin or the quixotic car manufacturer John DeLorean. By mixing archive footage and new material, he questions and challenges the documentary form.

He’s a really compelling filmmaker. I’ve noticed that when his films are shown in galleries people will sit through 45 minutes and no one will leave.
Jennifer Higgie, Frieze editor

Ciara Phillips has been nominated for her solo exhibition at The Showroom, London.
Phillips works with all kinds of prints: from screenprints and textiles to photos and wall paintings. She often works collaboratively, transforming the gallery into a workshop and involving other artists, designers and local community groups. Phillips has taken inspiration from Corita Kent (1918–1986), a pioneering artist, educator and activist who reinterpreted the advertising slogans and imagery of 1960s consumer culture.
For the exhibition that won her the nomination she turned London’s The Showroom gallery into a print workshop, inviting designers, artists and local women’s groups to come and make prints with her. Born in Canada in 1976, she now lives in Glasgow.

Phillips is a brilliant print maker who imbues the medium with a freshness that is remarkable, in posters, prints and textiles.
Moira Jeffrey, The Scotsman

James Richards has been nominated for his contribution to The Encyclopaedic Palace at the 55th Venice Biennale.
Richards weaves together his emotive films from a diverse range of found and original footage to explore the pleasure of the act of looking. Found VHS video and new imagery undergo varying levels of manipulation and repetition and, with an accompanying soundtrack, heighten the emotional and psychological range of the original.
Born in 1983 in Cardiff, Richards was nominated for Rosebud, which includes close-ups of art books in a Tokyo library – the genitalia scratched out to comply with censorship laws.

Richards generates meaning through abundance, by way of allusion, ellipsis and unity of tone, the lack of legibility counterbalanced by a strong sense of mood.
The White Review

Tris Vonna-Michell has been nominated for his solo exhibition Postscript (Berlin) at Jan Mot, Brussels.
Through fast-paced spoken word live performances and audio recordings Vonna-Michell (born Southend, 1982) tells circuitous and multilayered stories. Accompanied by a ‘visual script’ of slide projections, photocopies and other ephemera, his works are characterised by fragments of information, detours and dead ends.

Some or all of the events in these absurd tales may never have occurred, yet all are narrated with a breathless persuasiveness so as to seem tentatively real.
Sam Thorne, Frieze

About the Turner Prize

The Turner Prize award is £40,000 with £25,000 going to the winner and £5,000 each for the other shortlisted artists. The Prize, established in 1984, is awarded to a British artist under fifty for an outstanding exhibition or other presentation of their work in the twelve months preceding 17 April 2014. It is intended to promote public discussion of new developments in contemporary British art and is widely recognised as one of the most important and prestigious awards for the visual arts in Europe.

Tate Britain
Millbank - London SW1P 4RG
Students and under 18’s £6.00
Adult £11.00 (without donation £10.00)
Concession £9.50 (without donation £8.60)
Help Tate by including the voluntary donation to enable Gift Aid
Additional booking fee of £1.75 (£2 via telephone) per transaction applies
Under 12s go free (up to four per parent or guardian)
Combined tickets with the Late Turner are available. Please book these via The EY Exhibition: Late Turner
Part of the series Turner Prize