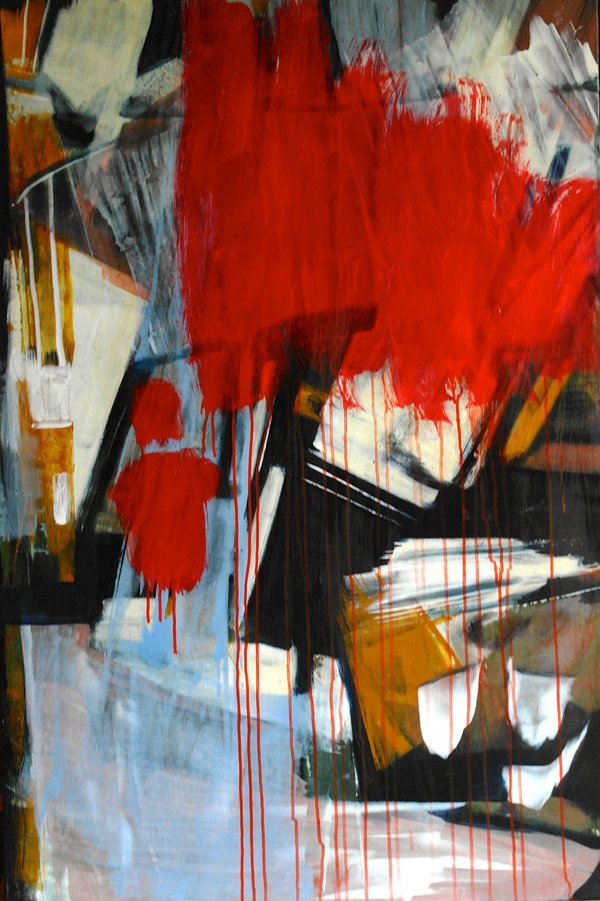 This will be a unique opportunity to witness a number of extraordinary works Debut artists will have especially created for this exhibition including a masterpiece by one and only Barry Martin himself. Other artists include Guy Portelli (an established artist and the first artist who was ‘backed’ by 3 ‘Dragons, Peter Jones, James Caan and Theo Paphitis), a guest Syrian artist, Anas Homsi, represented by the Lahd Gallery and its founder Princess Nauf Al Bendar, another artist and entrepreneur, Surbhi Modi, from Delhi and her work entitled ‘Pearl Harbour’ which talks about the effects of war on art and culture, Sassan Bahktiar whose work is currently being auctioned off with Sotheby’s in NY and many more talented Debut artists currently involved with Debut Art Incubator (and whose work has been selected to be the lead image on the exhibition invitation).

Michelle Hold was born in Munich and grew up in Innsbruck, Austria where she began studying architecture.  Then she amplified her growth in the artistic field and fabric design in various courses in Paris, New York, Hong Kong, Munich and London. After pursuing successfully an international modelling career and a restaurant business in Hong Kong, Michelle is finally following her lifetime passion for art. She has shown in Italy and internationally, won prestigious awards, is devoted and with the vision that art can and should make a difference in everybody's life, she is creating her abstract paintings that will inspire and invigorate you.Her work has been published in “La via italiana all’ Informale” and “Ferrara Art Festival 2014” by Mondadori.

Barry Martin studied at Goldsmiths' College of Art, University of London 1961-66, St Martin's School of Art 1966-67. He has works in many public, corporate and private collections. Some Public and Corporate collections include: The Tate Gallery; Museum of Modern Art, Paris; Science Museum; British Museum; Arts Council of England; Northern Arts Association; National Portrait Gallery; to name a few. Martin has taught in many art colleges including: The Royal College of Art, London; The Slade School; The Royal Academy Schools; Goldsmiths' College; St. Martins School of Art. Movement, both real and imaginery has formed the basis of much of the artist's work. This has been realised in both 2-dimensional and 3-dimensional works some of which are in major museum, corporate and private collections. Barry Martin has also pursued ideas of movement and meaning in the activities of games, notably chess. He has written about art and given major lectures at the Tate Gallery to coincide with a number of their major exhibitions, for example Jackson Pollock; Piet Mondrian; John Singer Sargent, Hans Hofmann, and the Chess and Art Symposiums 1991, 1993.

Guy Portelli studied Interior Design and 3D Design at Medway College of Art and worked as a sculptor in the special effects dept. for the BBC TV before setting up his own studio in 1981, producing sculptures for the advertising market. His first opportunity in the world of fine art sculpture was the commission to sculpt 13, 9ft classical sculptures for The London Pavilion, in Piccadilly Circus, London. Having gained a reputation for Classical sculpture, Guy wanted to promote the more creative aspects of his work, setting on exhibition the abstract sculptures in galleries, sculpture parks, Manchester Art House, Sausmarez Manor in Guernsey, and a major London show with Andrew Logan. Elected as a member of the Royal Society of British Sculptors in 1998 and voted on to the council in 2000. Actively involved with the promotion of sculpture organising many group exhibitions. In 2005, the artist authored ‘Modern British Sculpture’ a comprehensive study of modern sculpture developments in Great Britain, followed by 2008 featuring on BBC’s Dragon’s Den, and secured investment backing to develop the ‘Pop Icon’ collection.

Nauf AlBendar, H.H Princess Nauf Bendar Al Saud is a Saudi Arabian princess, an Imperial PhD graduate in clinical medicine and the founder of Lahd Gallery Ltd. In 2005, At the age of 22, Prs. Nauf AlBendar broke the royal tradition by not only working full time as an employed genetic researcher at the King Faisal Hospital in Riyadh, Saudi Arabia but also in setting up Lahd Gallery as a focal point for women artists from the Gulf. The gallery soon became a well-known exhibition space on the contemporary art scene. Prs. AlBendar’s primary focus is to promote exclusively the talents of contemporary MENASA art by making it accessible to the public as well as giving women artists of the region a voice and a hub. Today Lahd Gallery is considered as ‘Pioneers in contemporary MENASA Art’ and is involved with several charitable events and organisations . She was shortlisted as the Woman of the Future in Arts, Media and Culture at the Women of the Future Awards in 2011. She has since staged popular exhibitions including Kuwaiti Pop Art, Sudanese Paintings, Moroccan figures, Turkish art and sculpture, Arabic – semitic Calligraphy and art installations of Greek/Arabic mystical objects. Prs. AlBendar graduated with a BA in Molecular genetics from King’s College London and has a PhD in clinical medicine from Imperial College