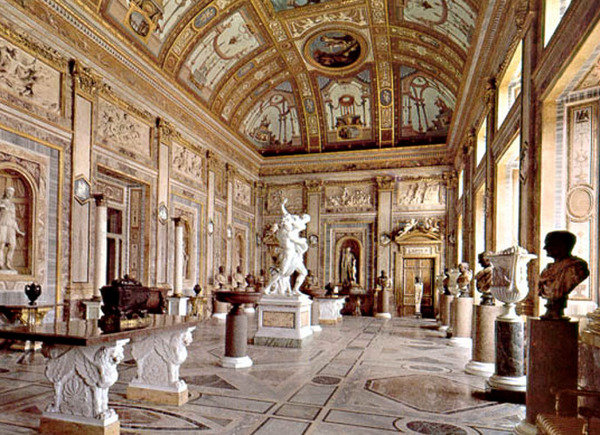 Mat Collishaw is one of the ten selected artists that will feature in Contemporary Assignments, a project created in conjunction with the British Council as part of The Great Shows series at Galleria Borghese. The ten exhibitions aim to complement the experience of viewing the collection’s masterpieces by incorporating the interventions of contemporary artists.

Collishaw will show a number of works, including three video pieces inspired by the paintings of Caravaggio, and one of his celebrated zoetropes, which has been inspired by The Massacre of the Innocents paintings.

The frames that contain the video works are made from Murano glass, which was chosen because it can be heated and manipulated and its final form, as with painting, is the distillation of a moment. The three works will all be presented on freestanding structures built into three different rooms on the first floor of Villa Borghese.

Says Collishaw: “The three works based on the Caravaggio paintings attempt to reflect a glimmer of the scene set up in the artist’s studio. The lorwly figues who have been asked to adopt a pose and stand with a few props as they are transformed into religious icons. These paintings are paradoxical because the models used are relatively mundane and humble, yet the composition and the lighting invests them with an almost supernatural aura.”

Collishaw hopes that the works will invoke the creepy sensation of experiencing a real flesh and blood person being transformed into a cipher. The characters appear and disappear before us, they lurk in that shadowy space behind the mirror like souls trapped in purgatory. The leaf shaped glass of the frame portraying fluid matter arrested in time, like the paintings capturing a freeze framed single moment in an ever-changing stream of events.

He concludes: “The works are meditations on our fondness for contemplating images of mortality or death and the different ways of manipulating the viewer as they do this.”