The exhibition is dedicated to the influence the two events have had on modernity: the invention of non-objective art and the first steps to explore the vastness of space. A homage to these historical events and a celebration of contemporary artists working on the radical borders of experimentation. 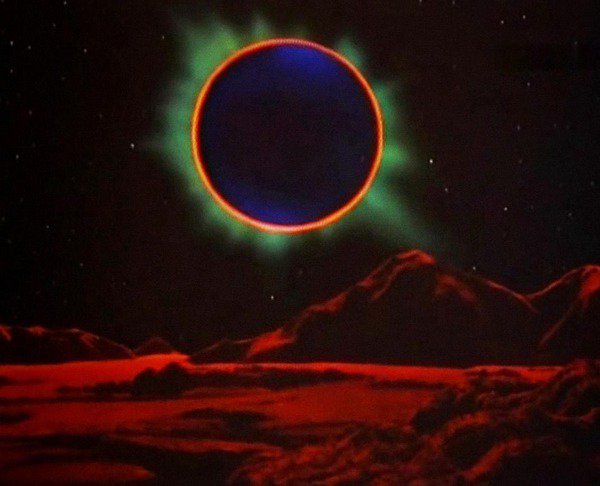 “We ourselves will go beyond zero.” – Kazimir Malevich, 1915

Two revolutionary events took place in Russia in the 20th century that changed the way we look at the world: the invention of non-objective art and the first steps to explore the vastness of space. This exhibition is dedicated to the influence these two events have had on modernity.

In 1915 in St Petersburg a group of artists, led by Kazimir Malevich held The Last Futurist Exhibition of Painting, 0.10, in which they attempted to “go beyond the zero of forms”. In 1965 cosmonaut Alexei Leonov became the first person to walk in space. Beyond Zero is both a homage to these historical events and a celebration of contemporary artists working on the radical borders of experimentation.

The exhibition starts with Mikhail Matyushin’s Reference Book on Colour (1932) and the science fiction films of Pavel Klushantsev. Matyushin, a close associate of Malevich, was an avant-garde artist and a musician. His Reference Book on Colour includes vibrant hand-painted colour charts that were a product of his theory of expanded vision. Pavel Klushantsev was a film director and documentary maker, who in the 1950s created a new genre - the sci-fi film short. His inventive new techniques for showing space proved a major influence on George Lucas and Stanley Kubrick. In 1957, well before human space travel, Klushantsev’s Road to the Stars envisions an advanced society capable of leaving the Earth’s atmosphere, a startling vision of the future.

Contemporary works on show in the upper gallery include A Speedy Clock, a newly commissioned installation by artist Vadim Fishkin that continues to explore the boundary between art and science. The viewer enters an enclosed space, where rapidly changing lighting mimics the passing of a day speeded up, suggesting travel at the speed of light.

Conceptual artists Elena Elagina and Igor Makarevich deconstruct The Universe, in a specially commissioned, site-specific installation that reimagines space in a domestic environment. Scaling down and deconstructing the cosmos using everyday objects, they reflect on how space came into our homes through the advent of television.

With a range of films, installations and colour studies, Beyond Zero explores art that is beyond traditional representation, art that dreams of space and a future that has never been realised.

This year sees a major retrospective of Malevich at Tate Modern and the Cosmonauts exhibition at the Science Museum, but Beyond Zero is the first major show to look at both the radical aspirations of Suprematism and the impact of space exploration.

Beyond Zero is curated by Olesya Turkina

Calvert 22 Gallery is the UK’s only not-for-profit institution dedicated to the presentation of contemporary art from Russia and Eastern Europe. It presents a dynamic programme of exhibitions, talks and cross-disciplinary events with both emergent and established artists.
Calvert 22 Gallery is an initiative of the Calvert 22 Foundation