Prajakta Potnis's work is concerned with reciprocal relationships between the hidden and the visible. Masashi Echigo's oevre are on intermittent interactions with other individuals and groups. Priscila Fernandes presents an installation incorporating video and sculpture. Emma Waltraud Howes integrates movement, objects, drawing and collage, video and sound. 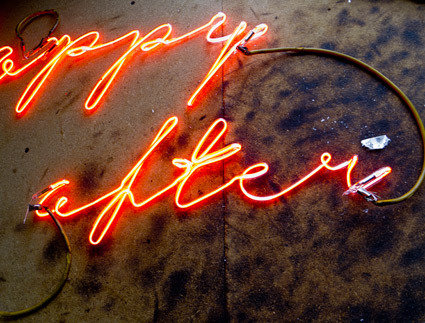 Prajakta Potnis’s work is concerned with reciprocal relationships between the hidden and the visible, the private and the public, and inner and outer worlds. Walls both inside and out, but also skin as the delimitation of her own body, are metaphorical concepts that she understands as models of thought and makes into the object of artistic handling.

In the course of her research on the Cold War, Potnis came across an ideological contest that became well-known as “The Kitchen Debate”, between the Vice President of the USA at the time, Nixon, and Soviet Minister President Khrushchev. In the context of the American National Exhibition in Moscow 1959, the official aim of which was to promote understanding between the opposing nations, the two statesmen became involved in an improvised but heated debate about the advantages and disadvantages of communism and capitalism in front of live cameras in the kitchen of an American model house.

In her multimedia installation the kitchen debate Potnis takes up this anecdote with a staging of household devices that are common today, and creates new referential systems that go beyond the historical ideologies and raise current questions about the links between the political and the private spheres. In addition, the kitchen is examined as a place in which changes in cultural customs are manifest.

A catalogue entitled Store in a Cool and Dry Place will be published for the exhibition by Verlag Kettler, including essays by Zasha Colah, Atreyee Gupta and Merel van Tilburg (eds.: Nicola Müllerschön, Christoph Tannert).

Prajakta Potnis is a grantee of the KfW Stiftung. http://www.kfw-stiftung.de

Masashi Echigo
All is fish that comes to the net

The foundation of Masashi Echigo’s work are intermittent interactions with other individuals and groups of society. His artistic practice is based on travelling in particular, as well as on the temporary sharing or borrowing of things as an attempt to open up to others and simultaneously participate in their lives.

In 2013 Echigo lived mainly on Shodoshima, a Japanese island. There the artist encountered an almost exclusively indigenous community and found that a number of Japanese ‘emigrants’ lived on the island – entire families who had left behind their old lives and sometimes promising careers in face of the devastating earthquake of March 2011, their only aim being to live in security, far away from any danger. In his work All is fish that comes to the net Echigo places a series of photos that he took on Shodoshima in direct reference to scenes from Yasujiro Ozu’s film Tokyo Story dating from 1953. The film tells the story of an older married couple visiting their children who have emigrated to the city, and sheds a new light on concepts such as family and notions of happiness and satisfaction before the background of the post-war era in Japan with its economic boom, flight from the countryside and growing individualism. In addition, Echigo presents a large-format installation, which refers to the theme of fishing.

All is fish that comes to the net was realised in collaboration with the artist and designer Osamu Inami (*1980).

Priscila Fernandes
Against the Enamel

Priscila Fernandes develops her works from an interest into didactics, education and the conveyance of knowledge.

In Against the Enamel Fernandes presents an installation incorporating video and sculpture. As in other currents works, Fernandes creates references to Neo-Impressionism and ideological shifts at the turn of the 19th and 20th centuries. The large LED video screen hanging from the ceiling, with its movement and multi-colours generating a veritable maelstrom, creates ‒ in interplay with the rough cast iron sculptures placed on the floor ‒ associations with advancing industrialisation and a changing social structure, the idea of productivity, scientific progress, the masses’ longing for entertainment and also for anarchic utopias.

Priscila Fernandes (*1981) is grantee of the Fundação Calouste Gulbenkian, Lisbon.
As a work for her current exhibition in Espai 13 at the Fundació Joan Miró in Barcelona, she has recently published her book ¿Y el Arte? The Book of Aesthetic Education of the Modern School.

Emma Waltraud Howes integrates movement, objects, drawing and collage, video and sound into live performances and installations, whereby one emphasis of her research is on the extendibility of media boundaries. Howes’ projects are influenced by her intense interest in absurd theatre and her personal training in the fields of dance, performance theory and fine art.

Howes’ exhibition Ankyloglossia (n. tongue-tie) is a new performance-installation encompassing a number of works; it takes its inspiration from substantial performing works by Samuel Beckett, Yvonne Rainer and Robert Morris. The work Ankyloglossia (n. tongue-tie), shown as a projection, is an adapted choreography for eight performers; they are dressed in black and move in front of a black background, so that only single, uncovered parts of the body emerge from the darkness, apparently trying to find their part in one great whole by means of a ghostly ballet. Additionally Howes presents Stage Directions for a Mouth, a video projected onto the window of the gallery room and the audio work Ram-tam-tam! Rat-a-tat-tat!.

In the context of the exhibition Howes will also present the recently published artist’s book Ankyloglossia (n. tongue-tie) for the first time. With its compiled notes and sketches, diagrams and choreographic scores, this represents an extension of the installation of the same name in Künstlerhaus Bethanien.