The Mechanical Garden and Other Long Encores 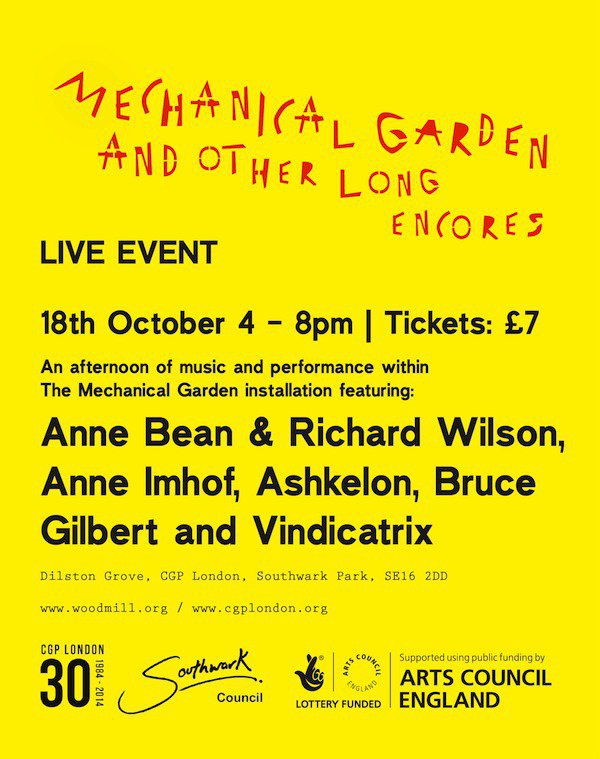 The Mechanical Garden and Other Long Encores is a project inspired by a speculative diagram drawn by the late pyrotechnic sculptor Stephen Cripps.

Cripps (1952 – 1982) lived and work-ed in the riverside studios of Butlers Wharf, Bermondsey. His ‘Mechanical Garden’ drawing depicted an assemblage of scrap metal, broken machin-ery and other found objects reworked into a sculpted garden complete with mechanical flowerbeds, viewing platforms and water features.

The Mechanical Garden and Other Long Encores engages with the garden as motif and metaphor, exploring its relationship to public space alongside cycles of growth, decay and regeneration. Contemporary artists, writers and musicians channel the spirit of Cripps’s antagonistic, spontaneous practice to create a sensory experience that contemplates the politics of ephemeral practices, the nature of creative influence and the city as artists muse.

The Woodmill is a collaboratively run project established in Bermondsey in 2009. It supports artists through studios, residencies, exhibitions and events.