Through the medium of photography Yann Mingard uncovers and dissects a politically charged. In 2012 Marc Bauer started investigating the theme of collecting in his art, in an ongoing series of drawings. A comprehensive collection of posters by Martin Kippenberger in 2013. 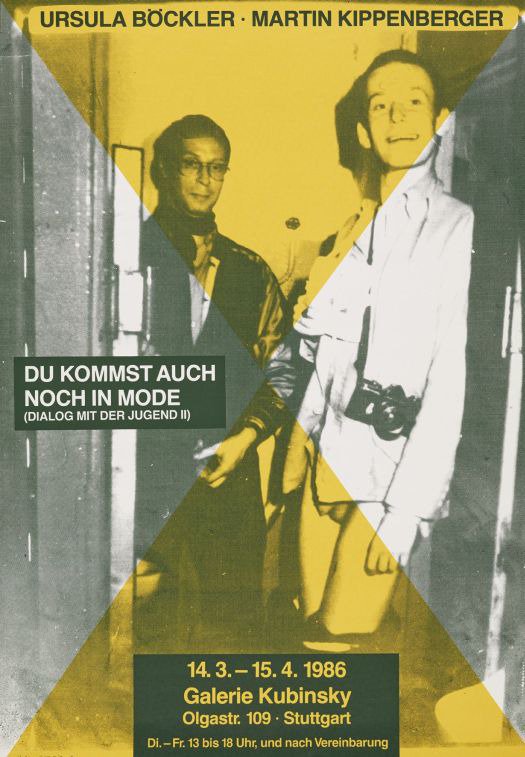 You too will eventually come into fashion
Posters by Martin Kippenberger

The exhibition marks the Museum Folkwang's acquisition of a comprehensive collection of posters by Martin Kippenberger in 2013, which substantially enhances the existing group of works by the artist held at the museum.

A catalogue is due for release to accompany the show, available from Edition Folkwang/Steidl.

In 2012 Marc Bauer started investigating the theme of collecting in his art, in an ongoing series of drawings made on paper and directly on walls. The starting point for this particular work are photographs that once belonged to Jews deported during the German occupation of France, in particular from Paris in the year 1941.

In creating his piece for Museum Folkwang, Marc Bauer will in part draw inspiration from these found images. However, the central theme of his display will be the history of Museum Folkwang itself. The historical background to the work is the forced sale and destruction of artworks branded by the Nazis as "degenerate" and seized from the Folkwang collection during the Nazi period, as well as their later compensation and repurchase.

How does our secular society manage its heritage and in doing so its future? By collecting and archiving data with near-religious zeal: human DNA in the form of slivers of umbilical cord, dental samples and sperm, DNA of animals already extinct in the wild, the seeds of all manner of (agricultural) plants. And, of course, vast quantities of digital data that we leave behind on the big data highways of the internet, credit card statements and official registers. From 2009 to 2013, Swiss photographer Yann Mingard (born 1973) documented this avid pursuit of collection and storage in images that raise many of the unasked but pressing questions of our time.

Deposit is being organized together with Fotomuseum Winterthur. The exhibition was kindly made possible by Pro Helvetia.