The Future Is Not What It Used To Be. The biennial will host more than 50 projects which question the role of design, its relationship to society, and its ability to be an active agent for change. There is a programm of different off-site events and thematic walks. 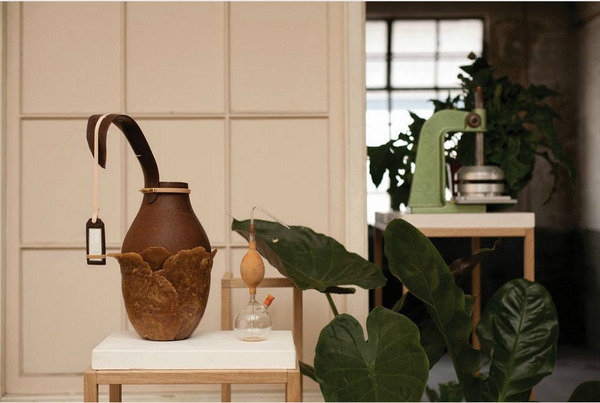 The 2nd Istanbul Design Biennial organised by the Istanbul Foundation for Culture and Arts (İKSV) will take place from 1 November to 14 December 2014 and will be held free of charge. Curated by Zoë Ryan and titled The Future Is Not What It Used To Be, the biennial will host more than 50 projects that ask: “What is the future now?” by rethinking the manifesto as a platform to frame pertinent questions, the projects question the role of design, its relationship to society, and its ability to be an active agent for change.

Preparations have begun at the Galata Greek Primary School

Exhibition preparations began on 15 September at the Galata Greek Primary School, the hub of the 2nd Istanbul Design Biennial. The exhibition spread over all five floors of the school, an area of approximately 2,300 square metres, projects forward, imagining new possibilities that can transform the present and help write new potential futures, while asking: “How do we define the future? Who defines it? And perhaps most importantly, whose future are we talking about?”

The exhibition will feature more than 50 projects by designers working in Australia, China, France, Japan, Mexico, the Netherlands, Turkey and the United States. The projects question the manifesto as a platform for situating ideas and pointing to new directions. They propose alternative manifestos in the form of household objects, fashion accessories, food, menus, maps, buildings, visual languages, systems, and services.

Arranged in five departments— Broadcast, Personal, Resource, Norms and Standards, and Civic Relations— the projects in the biennial deal with a broad array of concerns and present a surprising set of multiple possible futures. Formafantasma’s Open Manifesto, proposes new and inventive objects that appropriate and transform existing aesthetics; Moisés Hernández’s Diario (Diary), presents a social, cultural, and design critique through a rethinking of traditional Mexican objects; The Workoutcomputer by Bless is a fun and an active critique of static desk jobs; and Anthony Dunne and Fiona Raby’s United Micro Kingdoms: A Design Fiction, uses scenes from a parallel world to propose alternative values, beliefs, and priorities.

In Use of Shores, a Micro-Manifesto for Micro-Urbanisms, Iyi Ofis designs a buoyant architectural intervention and modular structure for new social links to waterfronts; non-profit organisation Herkes İçin Mimarlık's (Architecture for All) #occupygezi architecture, examines the potentials of citizen led building projects; with LEPSIS, designer Mansour Ouranah addresses increasing populations and food shortages with a new kitchen tool for harvesting grasshoppers; with Tools of New Survivalism, Jessica Charlesworth and Tim Parsons’ “bug-out-bags,” explore the idea of personal survival; in each of these manifestos on view at the biennial, designers are actively rethinking our relationship to the world around us.

In addition to the exhibition, the biennial hub at the Galata Greek Primary School will host different events for design enthusiasts daily for six weeks. Within the scope of the biennial, the Kontraakt team's broadcast programming will be held on Tuesdays, Q&A's and panels on Wednesdays, film screenings on Thursdays, and Academy Programme workshops on Fridays.

The biennial's exhibition space, catalogue, and visual identity are designed by Istanbul based Superpool and Project Projects, New York. The promotional campaign of the biennial is prepared by Alametifarika.

The Design Biennial Events Pop-up Across the City
Design Walks, which received great attention at the first edition of the biennial, will continue with newly added routes. Comprised of visits to design studios, stores, manufacturers, and noted buildings in various areas across Istanbul, this year will also see the addition of thematic walks, which will examine the unique textures of the city’s neighbourhoods. While walking the design districts, the participants will be able to learn more about the architectural texture of the city, observe traditional crafts, while soaking up the sights and sounds of this lively metropolis. Design Walks at 15 neighbourhoods on Istanbul’s Asian and European sides will begin in October. Further details can be found at tasarimbienali.iksv.org.

The Academy Programme will feature projects that universities have been working on throughout the academic year to bring new initiatives and reveal different aspects of the biennial theme. Over 30 universities from Istanbul, Ankara, Izmir, the Turkish Republic of Northern Cyprus, as well as from Europe and the United States will take part in the programme with almost 70 projects consisting of workshops, exhibitions, panels, and seminars. Starting 1 November, the Academy Programme exhibition can be viewed at university campuses and at Antrepo no.7.

Off-Site programming will include 72 Hour Urban Action’s project “How To Do Too in Kadıköy,” brought to life through the Istanbul Design Biennial's partnership with Design Atelier Kadıköy (TAK). Urban furniture will be built using recyclable materials at different points in Kadıköy at the biennial's opening.

OPENING WEEK HIGHLIGHTS
The press and professional preview of the 2nd Istanbul Design Biennial will be held on 30-31 October. The opening week will provide special opportunities to hear from a number of the participating designers as well as key experts from a variety of fields and occupations. Kicking off the biennial, Curator Zoë Ryan is joined by curators, designers and thinkers in an informal discussion on Designing Manifestos exploring the key themes of the biennial. Related panels explore the Future of Exhibitions with Paola Antonelli, Jan Boelen and Vasıf Kortun, and the Future of Publishing with biennial associate curator Meredith Carruthers and Adam Michaels (Project Projects). Also included in the opening week’s programme will be personal dialogues by designers such as Jürgen Meyer H., Mischer'Traxler; a new language created by Sissel Tolaas’ smell dictionary; a book launch by Rural Urban Framework; “paper electronics” workshops by Coralie Gourguechon and New Survivalism “Bug Out Bags” workshop with Jessica Charlesworth & Tim Parsons as well as many additional highlights from designers from all over the world.