Live Through That?! The artist has created a new body of site-specific works. She creates environments and situations in which she uses her own body to examine the dual experiences of vulnerability and empowerment associated with acts of exposing oneself to the world. 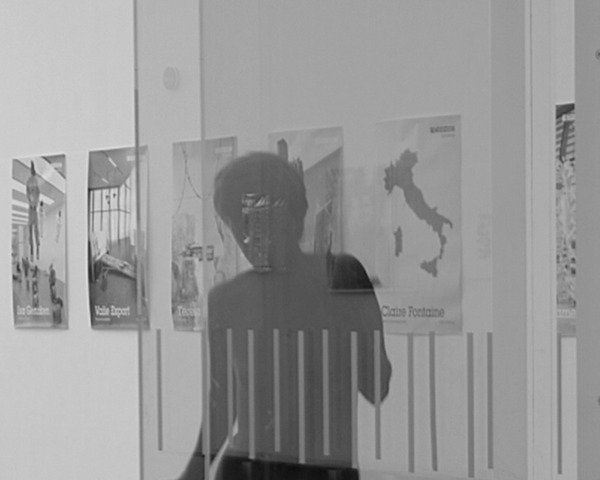 Lili Reynaud-Dewar creates environments and situations in which she uses her own body, as well as those of others, to examine the dual experiences of vulnerability and empowerment associated with acts of exposing oneself to the world. Evolving through a range of mediums such as performance, video, installation, sound, and literature, her works consider the fluid border between public and private space, and in so doing, challenge established conventions relating to the body, sexuality, power relations, and institutional spaces.

Recently her installations have staged domestic environments, such as a series of bedrooms produced over the past year featuring beds that have been transformed into sound sculptures through the insertion of speakers. “Live Through That?!,” Reynaud-Dewar’s first solo museum exhibition in the United States, presents a new installation in this series and includes, among other works, four site-specific videos. Shot on several of the Museum’s floors, the videos reveal the artist as she moves and dances alone through the building, camouflaging herself in the empty gallery spaces during the transition period between exhibitions. Playing with notions of intimacy and display, Reynaud-Dewar pays homage to four films by Bruce Nauman titled Art Make-Up (1967–68), in which the artist applies layers of makeup to his face and torso, first white, then pink, then green, and finally black—the same four colors Reynaud-Dewar covers her own body with as she performs throughout the Museum, using a different color on each floor.

Repeating this same color palette in her installation, Reynaud-Dewar has covered the walls of the Lobby Gallery with curtains partially dipped in black ink and inscribed with excerpts from French writer Guillaume Dustan’s 1996 book In My Room. With musician and composer Macon she has created a soundtrack, installed as part of her bed sculptures, that incorporates her reading aloud from Dustan’s provocative, sexually explicit narrative. As with the literal exposure of her own body—naked save for the makeup—literature and the written word’s ability to mediate personal and intimate experiences play an important role both in this exhibition and in Reynaud-Dewar’s ongoing body of work.

“Lili Reynaud-Dewar: Live Through That?!” is curated by Helga Christoffersen, Assistant Curator.

The exhibition will be accompanied by a fully illustrated catalogue featuring an interview with the artist and new essays by Pierre Bal-Blanc and Karl Holmqvist.

Lili Reynaud-Dewar was born in La Rochelle, France, in 1975 and currently lives and works in Grenoble, France. Her solo exhibitions and projects have been presented at Index, Stockholm (2014); Outpost, Norwich, England (2014); Frieze Projects, London (2013); Le Consortium, Dijon, France (2013); Le Magasin, Grenoble (2012); and Kunsthalle Basel (2010). Her work has also been included in a number of international group exhibitions, including the 12th Lyon Biennial (2013), the Paris Triennial (2012), and the 5th Berlin Biennial (2008), and has been exhibited at venues such as Witte de With, Rotterdam, Netherlands (2014); the Studio Museum in Harlem, New York (2013); and Generali Foundation, Vienna (2012). She cofounded the feminist journal Pétunia with Dorothée Dupuis and Valerie Chartrain in 2011, the same year she also cofounded the experimental school Baba with a group of collaborators; in 2013, she was the recipient of the Prix Fondation d’entreprise Ricard. Since 2010 she has held a professorship at Haute école d’art et de design, Geneva.

This exhibition was made possible through the generous support of the Fondation Ricard
Additional support is provided by the Toby Devan Lewis Emerging Artists Exhibitions Fund.
The Producers Council of the New Museum is gratefully acknowledged.
Special thanks to C L E A R I N G, New York/Brussels, and kamel mennour, Paris.
Additional support for the publication is made possible by the J. McSweeney and G. Mills Publications Fund at the New Museum.