'Splendor and Eroticism in Imperial Prague' examines the Spranger's remarkable career through a selection of his rare paintings, drawings, and etchings. 'El Greco in New York' commemorates the four-hundredth anniversary of the death of El Greco. 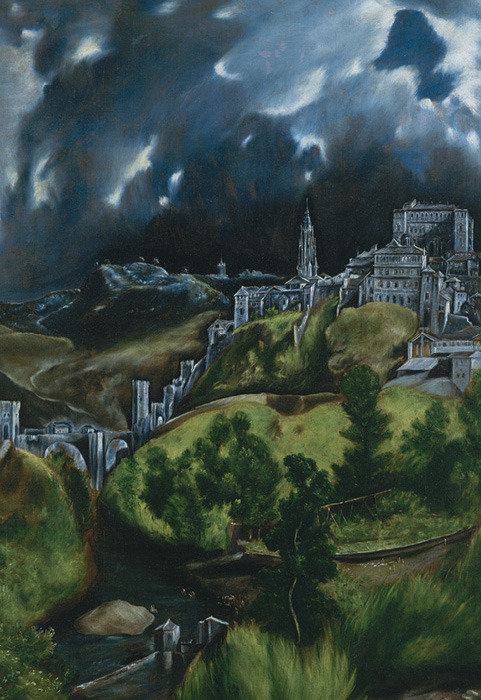 The first major exhibition devoted to Bartholomeus Spranger (1546–1611), a fascinating artist who served a cardinal, a pope, and two Holy Roman Emperors, this exhibition will examine Spranger's remarkable career through a selection of his rare paintings, drawings, and etchings, most of which will be on loan from international museums and private collections. Spranger emerged as one of the most prominent artists at the court of Rudolf II in Prague and the most significant Northern Mannerist artist of his generation. Adding a unique dimension to the exhibition will be works by artists who helped shape Spranger's artistic horizon.

The exhibition is made possible by the Placido Arango Fund and The Schiff Foundation.

The catalogue is made possible by the Drue E. Heinz Fund

El Greco in New York To commemorate the 400th anniversary of the death of El Greco (Domenikos Theotokopoulos, 1541-1614), this special collaboration will bring together all of the artist's paintings in The Metropolitan Museum of Art's collection, the finest outside the Museo del Prado in Madrid, and display them with six loans from the Hispanic Society of America. During the same period, New York's Frick Collection, whose works by this artist cannot be lent, will exhibit its three El Greco pictures together for the first time. On view at the Metropolitan Museum beginning November 4, 2014, El Greco in New York will be, in effect, a mini-retrospective of the artist, with the nine paintings from the Metropolitan Museum and six from the Hispanic Society of America spanning El Greco's entire career, from his arrival in Venice in 1567, through his move to Rome in 1570 and his long residence in Toledo, Spain, from 1577 until his death in 1614. The exhibition is made possible by Northern Trust.

El Greco's religious paintings, portraits, and The View of Toledo, a masterpiece of the Metropolitan Museum's collection, will make this presentation a unique experience. Few Old Master painters have exercised such a profound influence on modern art as has El Greco, one of the most original artists of the European tradition.

Related Programs
Education programs will include a series of gallery talks, three December concerts performed by the Spanish ensemble Capella de Ministrers, and a three-part series of ticketed curatorial talks on the exhibition.

The exhibition is made possible by Northern Trust