On the occasion of Blondie's 40th anniversary, Somerset House will showcase a series of iconic and previously unpublished photographs by Chris Stein. 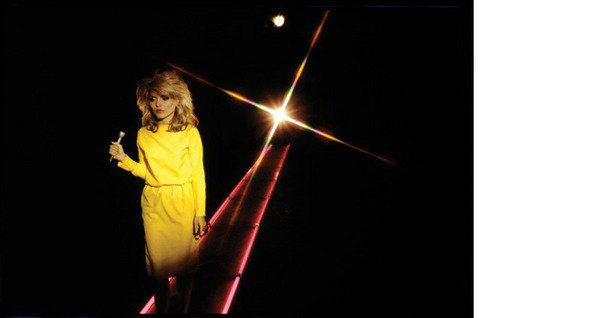 On the occasion of Blondie’s 40th anniversary, Somerset House will showcase a series of iconic and previously unpublished photographs by Chris Stein, co-founder of Blondie, providing a behind the scenes look on life in the trailblazing band, from their underground early days to global sell-out shows and chart domination. Blondie and other icons of the 70s and 80s new wave world, including Andy Warhol, David Bowie and The Ramones, are captured intimately and inimitably by Stein. Featuring over 50 images, the exhibition will serve as a snapshot to the punk scene that Blondie pioneered and show how their influence on music and fashion is just as relevant today as it was four decades ago.

A student at the School of Visual Arts, Stein started shooting in 1968 to document the downtown New York culture. In 1973, he met and began working with Deborah Harry in the City and together a year later, they formed the band Blondie. Their unique blend of punk, dance, and hip-hop spawned a totally new sound that helped give birth to new wave, and they went on to sell more than 40 million albums worldwide.

Having set up a darkroom in the kitchen he shared with Harry on 17th Street, Chris Stein's photographs were part of establishing her as an enduring fashion and music icon. Some of his pictures were the first that many fans had seen of Blondie. For the exhibition, Stein has selected some of his personal favourites from his extensive archive, including early live performances and private moments on tour. A number of images will also lay bare the larger historical and global context in which they and other new wave bands were born.

Stein captured enduring and ephemeral places such as Mudd Clubb, CBGBs, Andy Warhol's Factory, parties by the pool in the early morning hours at the now defunct Beverly Hills Hotel, the early gritty East Village and their Bowery hellhole. The people at these places include figures such as David Bowie, the Ramones, Iggy Pop, the Sex Pistols, as well as bands like the Voidoids, the New York Dolls, and the Avengers. Stein was also able to photograph ma providing a behind the scenes look on life in the trailblazing band.ny of the very early girl bands: the Stillettos, Siouxsie and the Banshees, The Slits, Cherie Curie, Tom Tom Club, and long-time friend of the band, Joan Jett.

The exhibition coincides with the release of the book by the same name, published by Rizzoli. Chris Stein/Negative: Me, Blondie and The Advent of Punk, by Chris Stein with contributions from Deborah Harry and Glenn O’Brien, The book, merchandise and a selection of limited edition prints will be available to purchase from the exhibition shop.