This exhibition project brings together artists from eight different countries: what they have in common is a preoccupation with sound and art, fine arts on the one hand, pop music on the other. 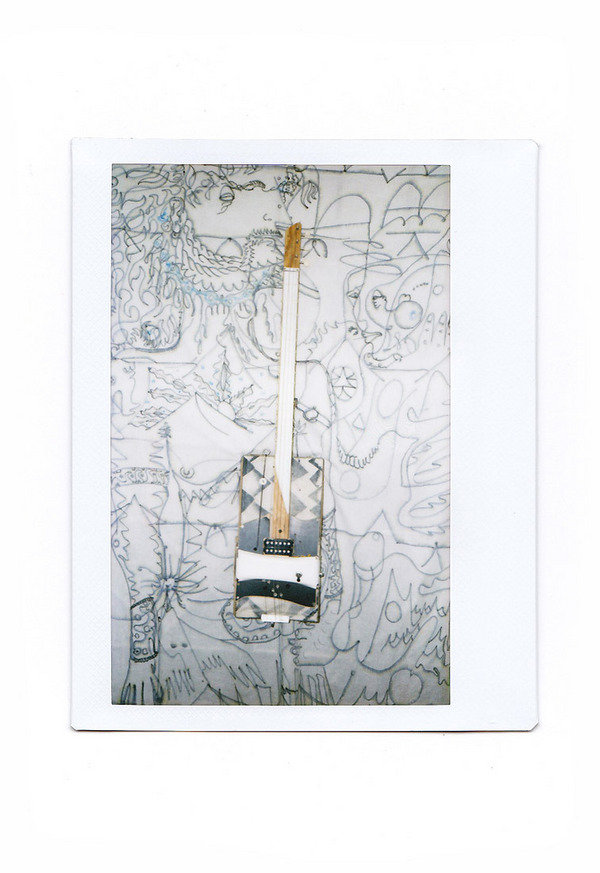 Taking David Thomas' lecture 'The Geography of Sound' as a departure point, this exhibition project brings together artists from eight different countries: Éva Bodnár, Nuria Fuster, Ha Za Vu Zu, Nicolas Jasmin, Santiago Morilla, O, Bernhard Rappold, Franz Schubert, Felipe Talo, Carlos Vasconcelos, Brent Wadden, Felix Leon Westner, Das Wiener Jazzpanoptikum (Pils, Pulsinger, Zykan), and others.
All of them investigate sound and music in their work, however the approaches are different. On the one side are fine arts, popular music on the other. Not by chance, it was the art-affine David Thomas, singer of the band 'Pere Ubu', which he classifies as avant-garage, who triggered the idea behind the concept. In his aforementioned wonderfully erratic lecture, he skilfully draws a line from Thomas Alva Edison's first phonographic recording to Elvis. He specially emphasises the stylistic finesse Edison demonstrated when choosing the words for the first sound recording in history. He spoke 'Mary had a little lamb' into the horn. A children's rhyme already popular in 1876, at the time of the recording. Edison could have easily recited something meaningful, an aphorism, for example. But he decided for the mundane, the everyday.
Furthermore, Neil Armstrong is identified as Edison's disparate twin. Also he had his grand moment in the history of sound recording. According to David Thomas, he thoroughly messed it up. His 'That's one small step for (a) man, one giant leap for mankind!' during the moon landing in 1969 sounded pompous, but also clumsy, memorised, and melodramatic in its metaphor.

'Big events are best heralded with small words,' concludes Thomas. Time and again, the artistic practice offers – for example, at the beginning of a work (not to mention the quirky fear of the white canvas) or moreover in its titling – moments of pathos and grand gesture, the 'Armstrong trap'.
However, the solution does not reside in establishing a style of skilful failure. After all, knowing that one can undoubtedly also provoke 'big events' should imply to indeed highly value the things one is working on. The reservoir from which both artistic greatness and ease draw from is often the realm of 'small words'. Failure can still ensue later on.
In this sense, Edison's self-ironic saying 'I have not failed – I've just found 10,000 ways that won't work' inspired the selection of artistic personalities. For all of them experimenting, discarding, hence constant perfecting is the key.

Éva Bodnár, inventor and proponent of Happy Anfang, pursues in her paintings a porous approach to film, music, and language. Brent Wadden favours the weaving loom as an instrument of analytical slowness. Carlos Vasconcelos' objects and videos seem to have been forged in an alchemic workshop, steeped in the search for purification and punctuated by the roughness of noise. Ha Za Vu Zu are devoted to passionate and performative irony. Bernhard Rappold turns lapsteel guitars into a visual object. Nicolas Jasmin presents painting von Time to Zeit. Das Wiener Jazzpanoptikum usually attends to DJing on Thursdays and during the exhibition to painting home organs. Franz Schubert shows a silent video interpretation of Gerhard Richter's Sonic Youth record cover.
In his video In Rem Verso Santiago Morilla mimes the artistic Francis of Assisi and holds a graphic dialogue with trees, rats, and birds. On the harbour of a Chinese metropolis one can follow Felipe Talo's video attempt to generate a magic triangle between a trumpet player, a signalling freight steamboat, and his own chalk drawing. Teresa Rotschopf alias O shows her new music video 2410. Felix Leon Westner performs between vocals and mural drawing, between diagram and loop, thereby digging into the brittle and fragile nature of pop. In her installations and sculptures the trained dancer Nuria Fuster works with the remnants of our society. From used properties of things she distils human corporeality.
(Bernhard Rappold)