Travelling Dust. The show presents a simultaneous three-channel film, which will offer insight into the complex web of relations and influences stretching between Latin America and the United States. 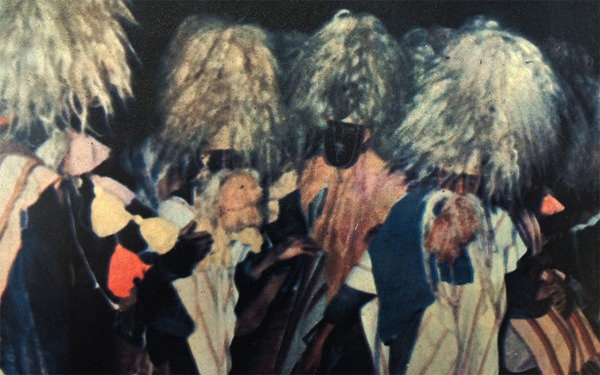 Travelling Dust is a collaborative project by 18th Street Art Center’s Visiting Artists in Residence Javier Tapia and Camilo Ontiveros. Concerned particularly with economic and cultural exchanges between Latin America and the United States, Travelling Dust unveils and rearticulates assumptions about trade, geography, nature, and the people of three communities of the Americas: Chile, Mexico, and Los Angeles.

Tapia and Ontiveros investigate labor, informal economies, and migration from a multifaceted perspective, exploring themes of cultural adaptation, homeland, displacement, diaspora, borders, and minority status that speak directly to Los Angeles and its communities as paradigmatic sites of exchange. Via film and installation, Travelling Dust uncovers alternative and hidden histories to inform the contemporary moment by excavating differences and forging connections between Los Angeles and Latin America.

The project brings the discrete sites of Chile, Mexico, and Los Angeles into conversation through the display of collected objects from those places. The installation of objects is exhibited on a custom-made sculptural platform, recreating a museum display. Considering questions of authenticity and origin, the installation includes original and archeological objects provided by pivotal collaborator, San Gabriel’s Mission Museum in East Los Angeles.

Part of the installation at 18th Street Arts Center’s Main Gallery is a simultaneous three-channel film, which will offer insight into the complex web of relations and influences stretching between Latin America and the United States. Through footage from interviews, portraits, discussions, parties, meetings, work sites, markets, schools, and landscapes, the film develops a visual and symbolic language through which to approach the relationship between the Americas. Travelling Dust is a departure from accepted modes of cultural reference and representation, opening up new channels of thought and taking a renewed look at what these places mean to one another within the realities of geopolitics. The collected footage, created with filmmaker Nicolás García (Chile) and photographer Ruben Diaz (US), has been assembled into two versions: a three-channel film installation and a single-channel 20-minute short.