The exhibition, brings the distinctive energy and appeal of the Los Angeles art scene as it networks out across the North American continent and into Europe. The title is taken from the gallery name M+B. 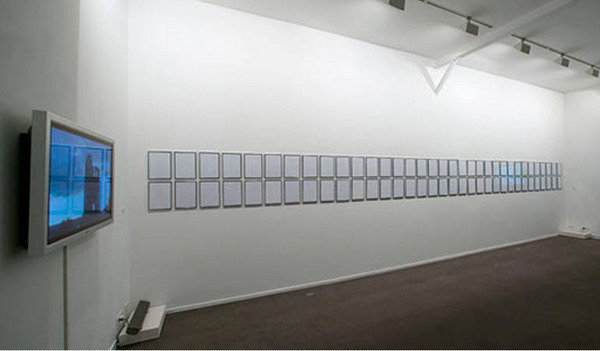 Xippas and M+B are pleased to announce Me and Benjamin, opening November 14 at Xippas in Paris. The title of the exhibition is taken from the gallery name, M+B, which stands for Me and Benjamin. Benjamin is Benjamin Trigano, the owner and founder, and “Me” is everyone else: artists, collectors, staff and family that has grown up around the gallery.

The gallery name reflects the uniquely communal way the M+B program has grown and evolved over the years and befits how the show is curated. Renos, the owner of Xippas, invited Benjamin to curate a show at his Parisian Gallery. In turn, Benjamin invited M+B artists to invite other artists – or curated group of artists – or artist run space. The artist run space would then perform an act of sub-curation where they organize a show within the larger show. The exhibition self-curates, bringing the distinctive energy and appeal of the Los Angeles art scene as it networks out across the North American continent and into Europe.

Located at the edge of the continent, in one of the last time zones and perched precariously on the Pacific Ocean, Los Angeles exists in a sense isolated from the major cosmopolitan centers of the world. And yet, artists continue to head west, settling into the vast, sprawling terrain, into the eclectic neighborhoods that networked together create this city. Los Angeles has a unique appeal and ability to foster strong knit artist communities and the burgeoning gallery scene, artist run spaces, alternative venues and shared studio spaces are what make the city relevant today. While cartographic dispersal defines this city, the importance and necessity of the networks that connect it stand out as defining. It is these strong artistic networks that Me and Benjamin – M+B – has sought to promote and expand upon.