The luxury of dirt

From drawing to painting, from sculpture to installation, from analogue media to objects produced with mass-media instrumentation. The Luxury of Dirt is a line traversing the experience of art, which pulls together, on the plane of desire, two contradictory spheres: the purity of optics and the abyss of black. 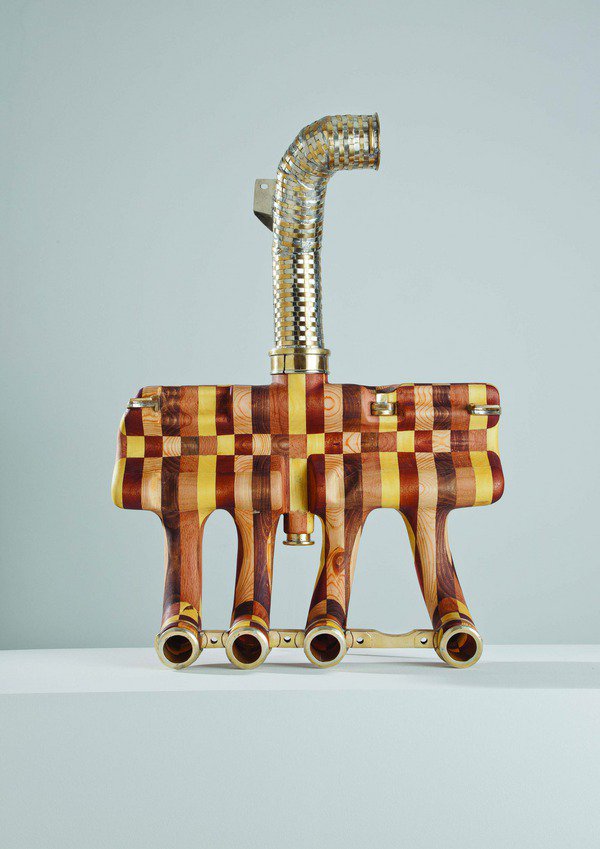 Voice Gallery is delighted to invite you to the opening of the collective exhibition The Luxury of Dirt on November 15 at 19:00, where the work of the following artists will be presented:

The Luxury of Dirt is an hypothesis of collection, representing one of the possible cross-passing of art. The selection here proposed is the divertissement of the gallerist, who, even before being, as a dealer, protagonist of the market and cultural promoter through the realisation of public exhibitions and events, is, by his own nature, a collector. The Luxury of Dirt is a critical filter discriminating and merging the heterogeneity of art through the arbitrary of desire, the choice of the subject. The collector, as Benjamin wrote in various occasions, is a complex figure moved by diverse impulses. We may count, among those impulses, the desire and the possession that bridles, like in the case of this show, the heterogeneity of the works, reducing the coloristic verve of art to the essentiality of black and white.

The Luxury of Dirt is an example of the practice of collectionism. If, on a first sight, the show seems to be reducing the complexity of contemporary art, post- media and omni-comprehensive, to the original sign of drawing (from graphite to the white surface), it is, instead, an attempt to incorporate, accepting alterity as a value. From drawing to painting, from sculpture to installation, from analogue media to objects produced with mass-media instrumentation, The Luxury of Dirt is a line traversing the experience of art, which pulls together, on the plane of desire, two contradictory spheres: that of light, of hygiene, of the candid purity of optics, with the dark side, that of suicide, perturbation, the uninformed depth of matter, the abyss of black. The Luxury of Dirt is an attempt to make order, containing the essentiality of art in a minimalistic attitude, but at the same time it is an erotic practice which indulges on the object of its affection.

The experimentation of the languages of art, with the word that alludes to the page and the text, with the surface and depth, with vision and synaesthesia, is articulated between the works exhibited. Through a mobile barrier, like those used by the police to circumscribe urban areas, Owanto interrogates his public: “Où Allons Nous?”. In his ongoing series of works, that he calls shrouds, Eric van Hove transfers with graphite the funerary gravestones of deseased artists to a linen canvas using the frottage technique. Drawing is the representation technique by excellence, yet with the surrealist practice of frottage, invented by Ernst, it transforms into a direct and physical adhesion of the image to its referent, capable of revealing the marvellous or the unsettling which is inherent to everyday things. Photography is literally a writing of light, and Davide Cantoni interprets ironically and literally its potentiality in a drawing composed exploiting the thermal capacity of a solar ray amplified by a lens.An analogue 'trap' to the medium is reserved to photography by Antonio Biasucci, who makes of photographic image pure immaterial optics, a heavy materic object.

The trick, of almost Magrittian ascendence, is behind the linguistic game that Jaume Plensa proposes to his public. Also in this case art doesn't reassure, but rather interrogates. “Can you see the air?” is the proved proof that, if the aim of art is representation, the real, in its integrity, eludes it. Photography, ambiguous medium in which the trace of the real flux of life along with the immateriality of the image coexist, is, for its textual characteristics, the privileged medium of the works of Sophie Calle. Even in the work of Sophie Calle words are present: the image alludes to a grave entitled to the orphan, noun that nominates but doesn't identify. The ambiguity of photography, image and real object per sé, is the protagonist of the work of Marcello Simeone, who uses the intrinsic possibilities of photography to become collage: the page of a well-known art catalogue in which the work of Jenny Holzer is represented, is put close to a toy car with the numbers in the same font used to make the layout of the catalogue. The pure opticality simulated by photography (dematerialised in pure image), in this show, is denied by the materic depth of painting, which, in the case of the work of Amina Bembouchta, overlaps the photographic image, from the tactile tridimensionality of sculpture of Houda Terjuman and the ancestral references of sculpture with architectonic dimensions of Mohamed Mourabiti.

The sculptures of Khalil El Gharib are witnesses of the dialogue of the artist, slipped away from the market logics, with his soil, pliable uninformed matter and moulding cultural tradition at the same time. The traditional drawing, which, in the case of the work of Zineb Benjelloun, uses the reference to traditional representation of North Africans cities in the ancient maps where the distorted image of the urban is a symbolic form in itself, is declined in the work of Adriana Lara in the tapestry of weave. The digital drawing of the wall paper by Mariangela Levita (Powerfull-Definition, 2012), essential in its black and white and excessive in its form with concentric circular bands, is an optical deceit that transforms the experience that the visitor makes of the physical space of the gallery.

The path through the works, definitely not closed but opened to different passages, twists and turns in the spaces of the gallery with juxtaposition of different forms and different languages, with similarities, assonances and antinomies. The works are disposed on the walls filling them up like in an ancient art gallery, in a exhibiting modality that privileges the coral narration rather than the rarefied atmosphere of the white cube, so that the site-specific installation by Bianco- Valente (a network of sentences written by pencil on the wall) insinuates under the other exposed works. The Luxury of Dirt is a collection hypothesis, as we have said, but it is more than everything an invitation to the public to construct their own narration, through gestures which accumulate or separate the epiphany of art in the form of the collection. Collectionism is, then, a practice that places side by side the practice of art in the production of an additional significant that is translated in the individual experience of art and in The Luxury of Dirt, by example.
Maria Giovanna Mancini