Silent traces. The reality depicted in her photo series 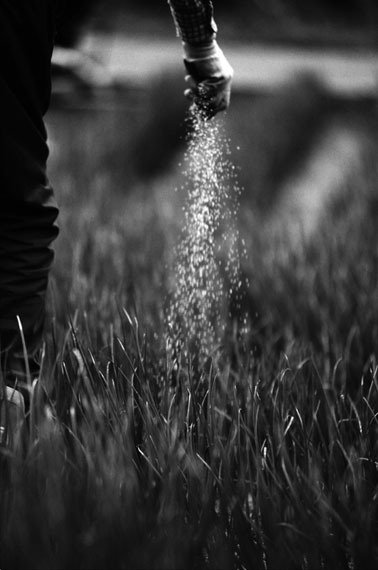 The world is everything that is the case. It is a rolling landscape at dusk and a swarm of birds over a temple's roof. The world is a teacup in Onomichi and a deserted island in Naoshima. It is, in actuality, everything that is the case. Or, at least, so indicates the famous first posit of Wittgenstein's "Tractatus logico-philosophicus". But the world could also be the reality depicted in Donata Wenders' photo series "Journey to Onomichi". In this photographic sketch book from her travels of 2005, the photographer shows us a singular view of the world, the world as it simply is. And she lets the world stand on its own, adding nothing. No explanations, no additional notes on the page. Onomichi, seen by Wenders through the lens of her Leica, ultimately remains shrouded in mystery. For the photographer the city in the Prefecture of Hiroshima is a kind of space. A land, free of all meaning. As a stage on which, every day, a God of small things can lay out his miracles. While Wim Wenders approached the country via color, panoramic city- and landscapes, Donata Wenders focused on the periphery of vision: on the accessories of a small tea ceremony, on delicate, backlit silhouettes. Vernissage Friday, 14 November 2014 7pm-9pm, in the presence of the artist.