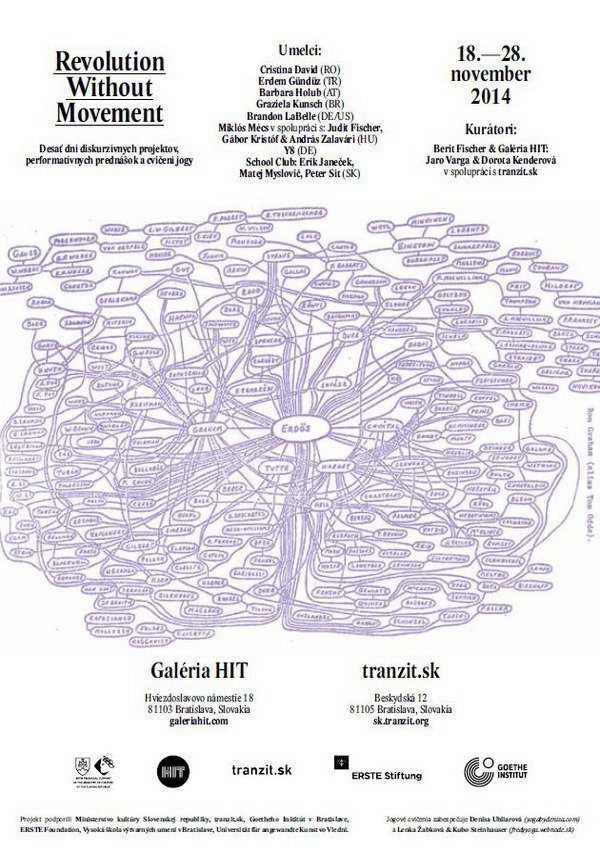 Revolution Without Movement is an experimental and process based discursive project that brings together artistic proposals in contemporary art that aspire dialogue and direct action for positive change in society. It aims to critically rethink established forms of artistic engagement, surveying subtle and non-manipulated forms of resistance to hegemonic powers and looks at artistic approaches that challenge the neoliberal commodification of art and the notions of ‘reputation based economy’ with its emphasis on symbolic capital.

Iranian sociologist Asef Bayat has coined the term ‘social non-movement’ as a sociological phenomenon of un-articulated and dispersed ways of resistance of ordinary people, who generate subtle spaces within the socio-political constraints in their everyday life, to assert the rights they might be denied by oppression or neglect from and to enhance their chances and personal lives. Although the actors in social non-movements might not actively be linked with one another, they can have the capacity to evolve into larger political and social mobilization by establishing personal alternative norms in society.
In the neoliberal capitalist western world and the global north—in which the rationale of the market shapes society more than the needs of its citizens and public concerns—social non-movements also do exist, of course for different reasons and in other forms. Resistance against the hegemonic and paternalistic structures of industry e.g. via forms of self-organization or individual strategies of self-empowerment to withdraw from the consensus and industry driven markets and mass media manipulations could be considered social non-movements.

The project Revolution Without Movement brings together artistic practices that manifest and refer to the subtle forms of social non-movements and potential ‘communities of sentiment’ (Appadurai), communities that begin to imagine and feel things together.
Throughout the course of the ten days we invite you to join us to engage, to discuss, practice, and produce new knowledge and new experiences together.