'East Meets West' examines why of all the twentieth century's art movements, Pop Art has had such a powerful influence over artists from world regions that have had very different and sometimes opposing ideologies. 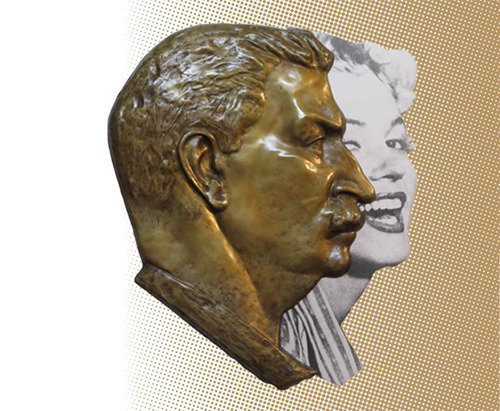 The exhibition brings together 250 works by 110 artists from China, the Former Soviet Union, Taiwan, the UK and the USA in a comprehensive survey celebrating Pop Art's legacy. Post Pop: East Meets West examines why of all the twentieth century's art movements, Pop Art has had such a powerful influence over artists from world regions that have had very different and sometimes opposing ideologies.

The exhibition celebrates the art being produced in these four distinct regions since the heyday of Pop, and presents them in relation to each other through the framework of six themes: Habitat; Advertising and Consumerism; Celebrity and Mass Media; Art History; Religion and Ideology; Sex and the Body.

Widely regarded as the most significant art movement of the last century, Pop Art exploited identifiable imagery from mass media and everyday life to reflect on the nature of the world we live in. This exhibition examines the relationship between western Pop Art and its lesser-known eastern counterparts including "Sots Art" in the Soviet Union and "Political-Pop" or "Cynical Realism", which has flourished in Greater China since the turn of the twenty-first century.

Using humour and a vernacular language, and borrowing freely from popular culture, Pop Art gave subsequent generations of artists the licence to exploit popular visual imagery and to connect with the public through the familiarity of the images being referenced. In the Former Soviet Union the abundance of imagery comparable to mass produced commodities and advertising in the West was propaganda images and text, and in Greater China visual iconography of Socialist Realism.

Although from fundamentally different cultures and ideological backgrounds, the artists in this exhibition play with imagery from commercial advertising, propaganda posters, pictures of the famous as well as monetary and patriotic motifs in wry and provocative works that unmistakably reference the Pop Art movement which emerged in America and Britain in the 1950s and 1960s. In the Soviet Union region these works draw attention to state control, conformity, ceremony, pomp and the façade of unanimity amongst the people; in America and the UK they serve as a critique of commodity fetishism, the cult of celebrity and our mass-produced, status-driven man-made world; and in Greater China as commentary on the social dislocation created by a new super power's fascination with wealth and luxury following a period of extreme austerity.

The exhibition is co-curated by pre-eminent authorities Andrey Erofeev, a leading art critic and writer, and former head of the contemporary art department of the Tretyakov Gallery, Moscow; Marco Livingstone, an independent curator who has worked on numerous publications, retrospectives and Pop Art exhibitions that have toured throughout Europe, Japan and Canada; and Tsong-Zung Chang, a curator and guest professor of China Art Academy who co-founded the Asia Art Archive and the well-established Hanart TZ Gallery in Hong Kong.

Given the global energy being enjoyed by contemporary art, this exhibition aims to make audiences more aware of Pop Art as a major influence on current art practice.

The exhibition features work by: