Chroma. The exhibition takes its title from a book of musings on colour by filmmaker Derek Jarman. The exhibition sets out to explore colour from diverse perspectives, and various quotations. 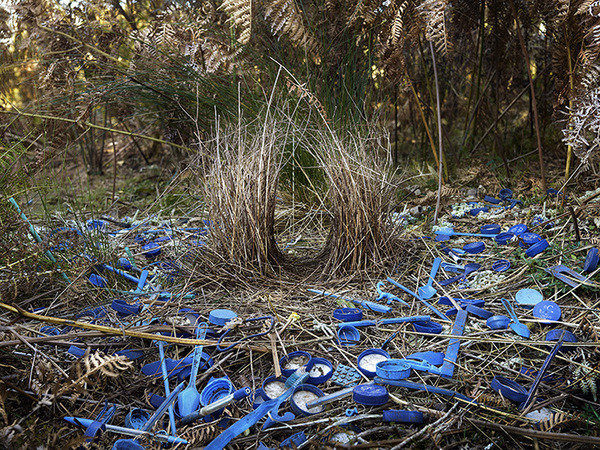 The exhibition takes its title from a book of musings on colour by filmmaker Derek Jarman. Written just before his death in 1994, when his vision was failing, the book draws from art history, philosophy, science, medicine and literature, alongside Jarman's acute observations of his own life, to reflect the extraordinary multiplicity of ways in which colour is experienced and comprehended by the human eye and mind. The exhibition sets out to explore colour from diverse perspectives, and various quotations.

Science declares colour to be an expression of vibration and wavelength: what we see is determined by the spectrum of light that an object absorbs or reflects, as perceived by the human mind and eye. Colour as we experience it is a phenomenon of perception, as colour itself does not have a physical and tangible materiality. This seeming paradox ensures that colour is grist for the philosopher's mill, prompting metaphysical questions about the nature of both physical reality and the construct of mind. Yet, because colour can only be perceived through the prism of mind, it is simultaneously, and inextricably, poetic and psychological; rarely do we speak about colour without invoking the realms of emotion and of meaning.

The symbolism and metaphorical significance of colour has been contemplated since the dawn of artistic expression; however, in Western art history colour only become a subject in itself early in the 20th century. Malevich's Black Square, painted a century ago, in 1915, is perhaps the most radical manifestation of a shift that allowed more conceptual and abstract notions, including those of colour, to become part of the subjectivity of art. The scientific approach to the aesthetics of colour was arguably most carefully articulated in the work of Josef Albers, whose series of paintings of chromatic interactions started in 1949 and who published his theoretical treatise, The Interaction of Colour, in 1963, arguing that the perception of colour is governed by an internal and deceptive logic.

At the time of these aesthetic debates about colour and subject in the 1950s and 60s, South Africa was dominated by apartheid, which limited conceptual considerations of colour as subject: racial classification brought the focus to issues of black and white, literary and figuratively. It is interesting that in the 1990s the analogy of the rainbow, with its spectrum of colours, has been widely used to heal the fractures in this society, and in recent years the shifts that have taken place have allowed more spacious considerations of the experience of colour in art. This exhibition presents both works that see colour as their primary leitmotif and others that, often with new strategies, reflect on the politics of colour in recent years.

The exhibition opens with works whose imagery exists at the edges of our perceptions of colour, exemplified by a watercolour of swirling dark blues by Moshekwa Langa inscribed 'During the hours of darkness'. In three large-scale oil paintings of night scenes by Deborah Poynton, darkness almost enfolds the viewer, who must strain to see colour and subject. By contrast, Bruno Boudjelal's photographs were made using lengthy exposures to light to create eerie white landscapes that almost disappear, invoking Ludwig Wittgenstein's rhetorical question in his Remarks on Colour: 'Isn't white that which does away with darkness?' These images were taken in Algeria, where the Harragas - those who 'burn their immigration papers' - depart for European shores; the series started by mistake with over-exposures 'on a winter day full of white light', giving Boudjelal the inspiration to create images that evoke the longing and sadness of these uncertain journeys. In Pieter Hugo's infra-red photographic portraits, taken from beyond the spectrum of human perception, anonymous sleepers remind us that surveillance has its own aesthetic of desaturated grays and grainy muteness. As Jarman observed: 'Red adapts the eye for the dark. Infra-red.'

In an installation of videos by Samson Kambalu, sepia is the hue of time passed. In the performances selected for this exhibition, his short and usually singular actions also play with our perceptions and the construct we understand as colour. His installation is seen alongside groups of small Polaroids by Kemang Wa Lehulere where grainy images of the artist and elements of his installations constellate as blurred and liminal figments of associations and memory.

The luminosity of blues and whites is experienced through the work of Nicholas Hlobo, Edson Chagas and Wim Botha, recalling Cézanne's observation that 'Blue gives other colours their vibration'. The tonality of white is usually overlooked by the eye, even though all whites are not the same: whiteness may be innocent or it may have a cooled intensity. The delicate stitch-work of Hlobo's white ribbon drawings on white paper is discernable only in relief as the forms strain towards dissolution. In Chagas' photographic series Found Not Taken whiteness sits close to lightness, and thus to sky with its blue stain. The grey and blue fields on which discarded objects sit speak of the life of objects, and how they are consumed by space. In a large installation of Botha's blue and white watercolours and paintings, his blue hues make white appear even more luminous, especially in relation to the shimmering white of a marble bust that anchors the constellation. In Daniel Naudé's new photographs of Australian bowerbird sites of courtship, he records how the male birds collect and sort myriad mostly blue and white objects by colour into spectacular, formally acute displays as part of their courtship, a reminder of the primacy of colour in the survival of life on earth.

Central to the exhibition is Derek Jarman's Blue (1993). This is the final film made by the artist before his death from AIDS-related complications, when his vision became shadowed by a blue veil. In this work Jarman uses an unwavering, dense blue colour field as a vibrant backdrop against which to meditate on his life and imminent death. In his words:

Dineo Seshee Bopape's entrance wall painting and her slide show recalling the television test pattern introduce the range of the colour spectrum, which is explored fully in the large back gallery. Meschac Gaba's sculpture Vernissage, from his Colours of Cotonou series, offers viewers the opportunity to have their nails painted in bright hues selected from bottles of nail varnish. Also in this space is a new sculpture from Zander Blom's Modern Painting series comprising artifacts from his studio; here hundreds of empty paint tubes are aestheticized and abstracted in a deep, square cardboard box. In new paintings, Blom, for whom colour is fundamental to his marks and spatial planes on the raw canvas that he characteristically uses, continues on his trajectory of reimagining the history of modernism since the black square of Malevich. Recent images by Viviane Sassen of reflected and refracted planes of coloured glass photographed in the Namibian desert recall the acute abstraction of the Russian Supremacists, perplexing the mind and eye with their intense abstraction of sky and sand and angular coloured planes. The seriality of colour is to be seen in Moshekwa Langa's triptych I Am So Sorry in which pulsating expanses of red, green and blue lend subtly yet sharply differing tones to the words of the title. The large canvases of Nigerian-born Odili Donald Odita with their shard-like forms are acute, angular meditations on the interplay of colours and the associative and emotive responses their subtle interactions evoke in us.

In a different idiom, the Ghanaian painter Atta Kwami plays with the colour and forms that are distinctive of Ghanaian architecture and African strip-woven textiles, especially those of the Ewe and Asante. He creates grids of colour that are rhythmic structures vibrating with the tones of jazz and the timbre of Ghanaian music (Koo Nimo) in their plays of improvisation, reinterpretation and variation. The work of the little-known Mozambique painter Estevão Mucavele is a meditation on colour and process. He paints the patterns that make up his landscapes, and then repeatedly scraps away and overpaints the different elements with varying colours to build up a luminous surface. In the words of renowned poet and painter Malangatana, he paints 'with no compromises - he neither respects nor is aware of habitual norms. Academicisms have no place in his life [...] he makes art of that which meets his eye, with no other concern than to recount what he sees.'

In the final galleries the focus is on works that continue to activate debates around the politics of representation and the political significance of colour. Perhaps the most iconic images from South Africa's years of transition and debates around identity are Berni Searle's Colour Me series in which she covered her face with spices, and this series is to be seen along new works by Mawande Ka Zenzile whose paintings incorporate natural pigment and earth as he literally seeks to ground contested imagery around colonialism and hegemonies of power. In two photomontages by Jane Alexander, from 2004, her haunting sculptural figures and animals are placed in Cape landscapes and, in each, a rainbow arcs across the sky offering respite and relief from the traumas that are embodied in these environments.

Penny Siopis' memorable Pinky Pinky series from around 2002 used stories of a mythical ghost-like creature to create images of disembodied beings; their parts are all separate in each painting, in varying hues of pink, flesh and red. These paintings convey the formlessness of this strange being through the inclusion of just an eye, lashes, lips or a mouth, in fields of singular colours. Nandipha Mntambo's recent paintings continue her fascination with the representations of hump-like forms, and in these paintings, the rich impasto black surfaces are often heightened by the inclusion of strands of cow-hair tails. Her reduced palette is accentuated with occasional shards of light and colour coming through the undulating abstract forms which resonate with rich associations of man, nature and landscape.

In the abstractions of Serge Alain Nitegeka black has a density and weight always in opposition to the sharp inflation of white, and his 'black subject' appears within a body that is both formal and political. The works of Walid Raad explore the psychological impact of the conflicts that have ravaged Lebanon over four decades; in Appendix XVII: Plates 22-257 colour itself is counted amongst the victims of warfare; brutalized into submission, the essence of some colours diminishes, while others die off. In Simon Gush's Red, the artist considers the strike actions and debates at the Mercedes Benz plant in East London, South Africa, in 1990 when the workers manufactured a red car as a gift for Nelson Mandela. Gush presents four wall-mounted Mercedes doors, painted in different reds, along with a black-and-white documentary of the events. The various shades of red prompt us to ask 'which red is the truest?' Memory and mythology grind down action and context, and colour is central to the re-telling of the tale.