The museum is celebrating the 25th anniversary of 1989 masterpiece. The Decalogue (Dekalog) a ten one-hour films, inspired by the Ten Commandments with a rich and wide-ranging retrospective. 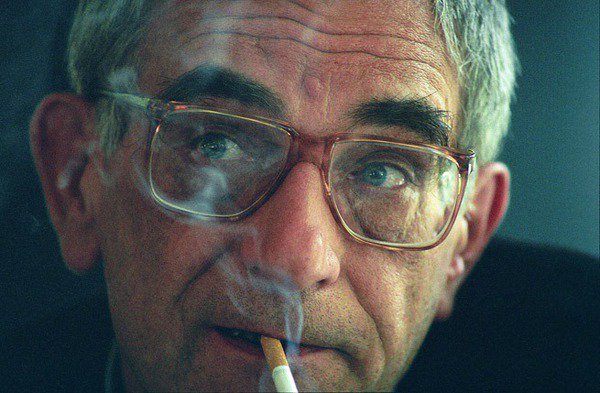 [Kieslowski and Piesiewicz] have the very rare ability to dramatise their ideas rather than just talking about them. They do this with such dazzling skill, you never see the ideas coming and don't realise until much later how profoundly they have reached your heart.
- Stanley Kubrick, foreword to Kieslowski & Piesiewicz: Decalogue: The Ten Commandments, 1991

The ICA is celebrating the 25th anniversary of Krzysztof Kieślowski's 1989 masterpiece The Decalogue (Dekalog) with a rich and wide-ranging retrospective. The Decalogue is a renowned Polish television drama series directed by Kieślowski and co-written with Krzysztof Piesiewicz, with music by Zbigniew Preisner. It consists of ten one-hour films, inspired by the Ten Commandments.

Kieślowski's works are meditative, often melancholic in tone, expressionist in technique, and tackle themes of identity and what it means to be at once connected and isolated. The Decalogue is a work that reflects the instability and ongoing transformation of an individual’s life. It's an examination of the emotions upon which life itself is built: emotions which are the driving force behind all our decisions, choices, mistakes and sins.

This retrospective is not only a journey through The Decalogue series but also presents some of Kieślowski’s first documentaries and other pivotal yet lesser known films.

Institute of Contemporary Arts
The Mall
London
SW1Y 5AH
Tuesday to Sunday
11am – 6pm, except Thursday, 11am – 9pm.