Stilinovic's works are based on the idea of social and art critique. They are often witty, and come with a dose of irony and cynicism illustrated . He was one of the founding members of the informal neo-avantgarde, Group of Six Artists. 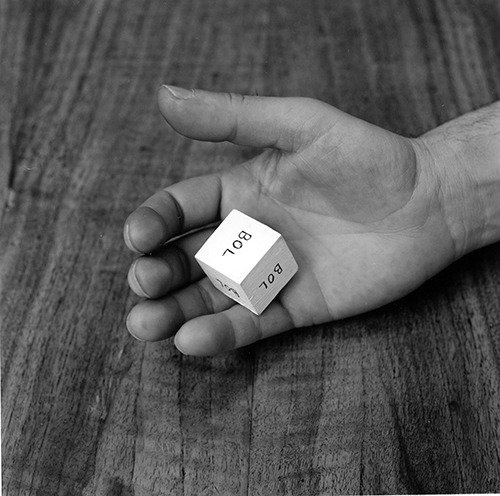 ...when I say power, I am not only thinking of the power of the state and of its institutions but also of the hundreds of different powers that become intertwined, coming from different sides. They come from states and from individuals, from East and West, from "friends" and from the administration. These powers are to be found everywhere: in the newspapers, in language, in the arts, in the "given freedom," in the truth and in my fear.

I have always wanted to write how subtle power was. And I did. Power is cynical, occasionally subtle (can that be) but more or less crude and open. Power is characterized by the total ignorance of others. That cynicism of power is caused by not knowing about things and even the desire not to know.

A story
In the middle of the day it (power) says good night and looks me in the eyes and I feel ashamed for it. I know that one day I shall repeat good night (for one learns by repetition even unconsciously), but through repetition one does not learn only to repeat but also to forget.

When I say pain, questions are immediately raised: what pain, whose pain, wherefrom the pain, as if pain had to be explained, analyzed. There's nothing to be explained...the pain is there. "Together with language you've learnt the notion of pain," said L. Wittgenstein, and I say: in a twofold way, as pain and as pain language. Pain is not in language. Language inflicts pain. "Words that you hear inflict pain and the words that you pronounce. Nothing hurts, because you do not know what it means to feel pain, and everything hurts, for you do not know the meaning of anything. Since you do not know the name of anything, everything inflicts pain, although you do not know that it hurts, for you do not know what the phrase 'to feel pain' means." (P. Handke: Kaspar). The artist is Kaspar. Just as Kaspar learnt from Wittgenstein so Wittgenstein will learn from Kaspar.


Mladen Stilinović was born in 1947 in Belgrade; he lives in Zagreb. From 1969 to 1976 he worked with experimental film. From 1975 to 1979 he was a member of the Group of Six Artists. His works include drawings, collages, photographs, artist books, paintings, installations, actions, films and video. Stilinović has exhibited in numerous solo and group shows worldwide since 1975. In 2011 he had a retrospective show at Ludwig Museum, Budapest. In 2013 he exhibited works at the Museum of Contemporary Art in Zagreb, as well as the Carnegie Museum of Art in Pittsburgh.